I found something unusual thing at the Dregs

Today, I’ve been to the Dregs. I’ve been there several times, but this time I found something unusual.
I just made this account so I cannot upload images, so I’ll explain it.

There was a blurry skyblue light (definitely not ghost. they have figures and actions) in front of the entrance circle. It was still there after ghosts went away. And I heard faint screaming sounds which I didn’t heard ever before in conan exiles.

I was really freaked out and told my tribes about it, and they said they cannot find any strange things.

Is it just a glitch or am I the only one who doesn’t know there was new update?

faint screaming sounds which I didn’t heard ever before in conan exiles.

There is a scream sound playing during the Dregs gate opening animation scene, and I think this scream is not used anywhere else.

This also might be something connected to the fact you are playing in Japan - there was a thing in the past, when Funcom put stuff in the Japan version of the game prior to adding it to the game (aquilonian DLC). I suggest you start single player game and check this issue of yours there.

PC is haunted. Call an exorcist

Thanks! I checked it on single player & other servers and I think you were right.

There is a scream sound playing during the Dregs gate opening animation scene, and I think this scream is not used anywhere else

But still scary cuz I didn’t heard a scream like that when I visited Dregs again. Total different sound 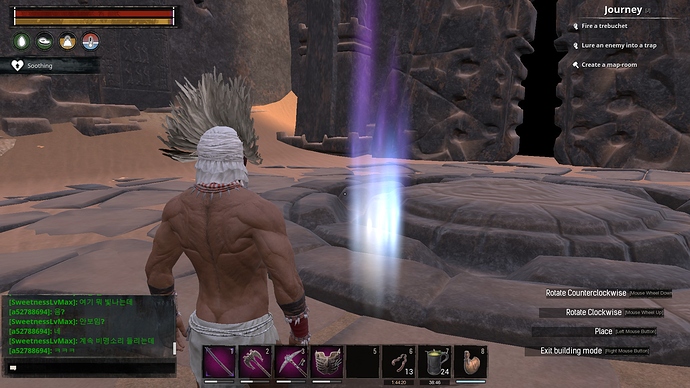 When I play there is a ghost animation of soldiers killing a female thrall who screams , loudly, upon her death. This animation is there to show that you have to kill someone to open the entrance to the dregs. Do you see this as well? Is what you’re seeing in addition to this?

It was still there after ghosts went away.