So, many of you prolly have already seen this, but I was doing a routine resource run on my private, single-player server and I was visiting Scavenger’s Berth, a simple Black Hand camp with a Bearer spawn just north of Noob River. As I was approaching the camp, these noxious seed pods spawned in along with these semi-tough wasp creatures. I killed a few and then chopped at the pods (which disappeared and became one of the normal thralls that are usually here.) Well, each of these wasp creatures drops demon blood, raw ash ( a LOT), Black Ice, and I also got a Bile of Grit and a Bile of Agility, which seems to be weapon imbue of some kind. Anyway, I was very wounded and after I killed so many normal wasp things, a three-skull wasp thing spawned in and I ran like hell. Anyway, yeah. We’re not in Kansas anymore. Good stuff! (As a sad side note, I lost Mei the Blade, who I was leveling and she was only 7, and my horse.)

I went back to Scavenger’s Berth after about an hour and the three-skull wasp was still there in the center of camp. He wasn’t that hard, and when I defeated him I got a screen bilboard (like you get when you find a new place on the map) that said Event Complete: Portal of Yoggoth. Not sure what this is about. So, I went a little distance away to see if camp would return to normal, and it did, with all the normal thralls and such. Very cool! Looking forward to what I creep into next in lands I know so well!

These are the events that spawn across the map (both Siptah and Exiled Lands) and are part of the 3.0 Age of Sorcery update.

You’ll see stumble across more and I’m sure different ones will make their way into the game over time too.

This is the new event I believe. Apparently it is from Siptah, now in exiled lands also.

Interesting that the only place it seems to appear in is scavengers berth. This is the third I hear about since AoS launch. 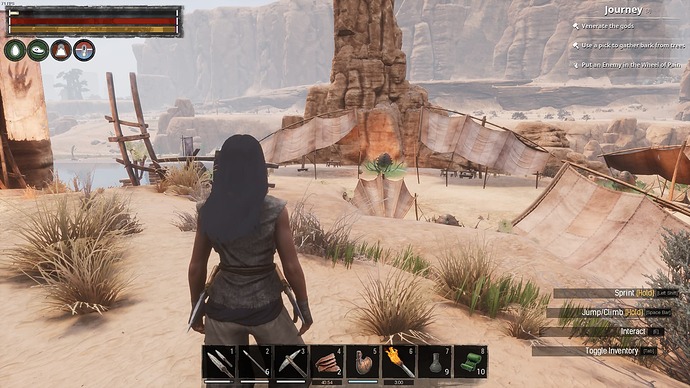 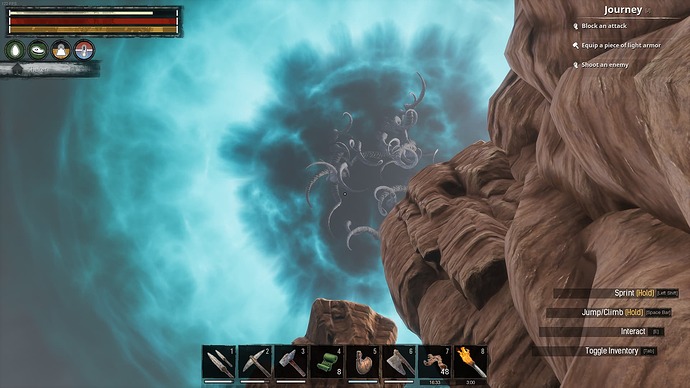 I like to think it’s a spell gone badly wrong, I mean assuming it was a black hand sorcerer that summoned all of this, I don’t think they meant to destroy their whole camp

We had to make a ‘strategic retreat’ after a while as there were too many to deal with on our own, but I liked it, keeps you on your toes! (when they’re not invisible)