Also the Thralls just stop attacking and stand there doing nothing its really annoying, the zombies are so bad with going invisible and and not attacking that I’ve given up on the whole Necro thing it just takes the enjoyment out of the game when your zombies do not work.

Thralls just stop attacking and stand there doing nothing

You mean permanently or just taking those “5-10 second breaks” while fighting? If it’s the second one, then it’s on purpose, if it’s the first one then it’s a bug, usually seen that happen with newly placed pets until a server restart that they refuse to attack.

They do it permanently until I relog but sometimes that does not work either and have to wait hours for them to start attacking again. Ok thanks Ill ask the server owner to restart it. Thanks again.

Not just zombies. Affecting sabers too on ps4. Not just on official im on a pvp community server. Legend exiles. I reskinned a greater saber yesterday to yamati and had no issues at all managed to level all the way to 20 and was visible the whole time and having no issues with this one. However the one that i have following that isnt skinned is the one giving me issues

I am having the same issue with 3 invisable zombies I play on official server #1942
Fullscreen
1920x1080
Graphics are set to Auto.

You have known about this for 3 weeks now, it should be fixed by now…it seriously takes the fun out of being a Necromancer when you cannot see your Zombies. Comeon Funcom, you can do better than this!!!

This seems to be a known issue by all the players on my server. Any information on the ETA for a fix?

Official #6009
cinematic settings
2560x1440
two of the three became invisible when far away.
there is an assumption:
when you aim a zombie for a patrol, the model changes the gender of the male to the female and back when staging. Perhaps because of the conflict, an error occurs.
P.S. sorry for the Google translator
(P.P.S. 200 ingots disappear from the fast forge when dragging every other time)

Still an issue - An update from FunCom would be nice, seems this is happening on multiple platforms (Seen PS4 as well as PC players report this) 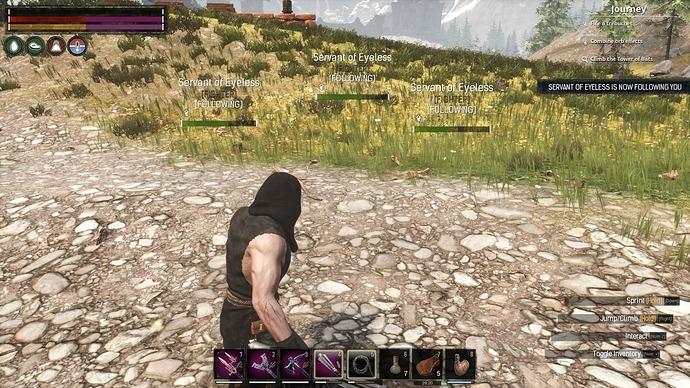