Is the difficulty setting appropriate?

It has been pointed out that the difficulty level is reversed on solo play,

Is Medium more difficult than Hard?

Siptah is designed around clan play and, as such, many things are tuned around that. Solo is intended to be much, much harder and you’ll need to accept that there are some things you simply won’t be able to do without considerable preparation and strategy, if at all.

Frankly, the difficulty needed a shot in the arm, as the base game has become easier than Minecraft.

He says “Decadent(Nomal)” Is more difficult than “Barbaric(hard)”.
Is he correct?

Yeah, I’d quite like an answer on this one as well - I noticed the other day that the Player Damage Modifier had switched to 0.8 and NPC damage modifier to 1.2 (again, on Decadent) - figured I’d screwed something up. But this sounds like a bug. 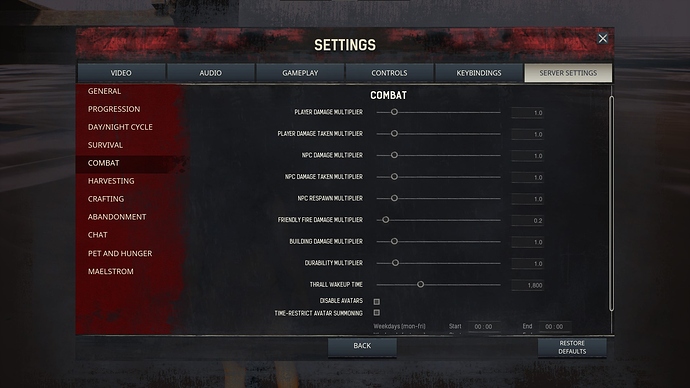 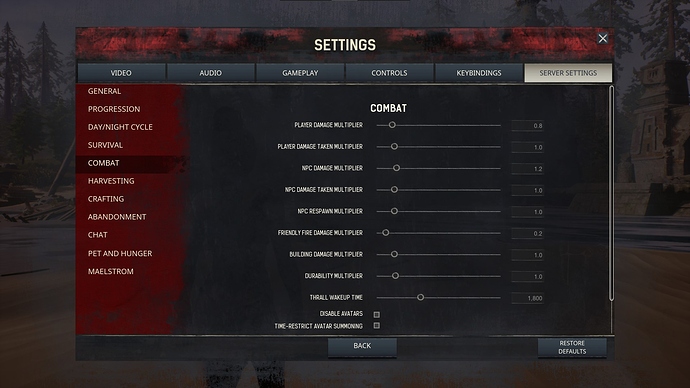 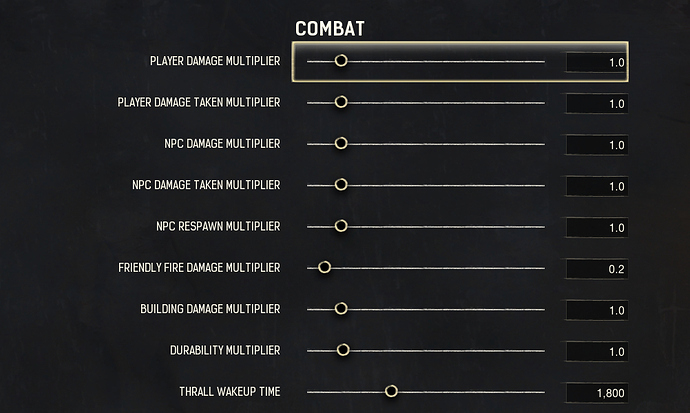 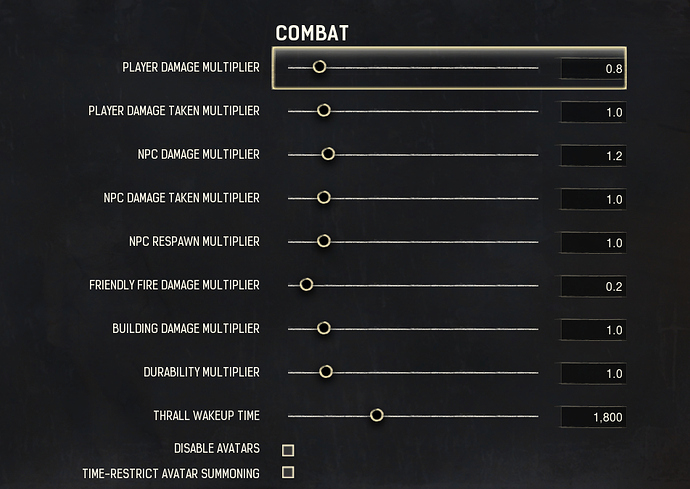 On the Exiled Lands, Decadent and Barbaric combat settings match as you have them @Narelle

However, on Siptah the combat settings come out reversed, as @HachijoKoneko shows.

(I can take screenshots if necessary, but since the selected difficulty level is not shown anywhere on the relevant screen, the ones you both have provided show exactly what would be seen on mine.)

It is interesting that this does not appear to affect server setttings, but only Singleplayer, and only Siptah.

@DanQuixote Mine are from Siptah but I am on TestLive atm so maybe fixed here.

That could certainly be making a difference - I’ve only been running Exiled Lands so far on testlive (it doesn’t seem to be registering that I own Siptah currently - I’ve probably set something wrong somewhere (guessing steam), but haven’t got round to checking since I was planning on EL anyway) (main game is still registering my copy of Siptah, which is why I’m guessing it’s a steam thing).

I can confirm that Exiled Lands on testlive seems to be coming out correct (but then it also is on main stem, so that probably doesn’t mean much

Got into testlive Siptah (issue was between chair and keyboard, as expected

My results there match yours, so it looks like this is a current bug in the Live branch affecting Siptah but not Exiled Lands, but appears to be fixed for both in current testlive

My apologies. I initially interpreted it as saying Siptah was more difficult on Medium difficulty in single player than the core game is on Hard.

Personally I feel that there should be a much larger difficulty leap from Decadent to Barbaric. Either that or create a new ‘Hardcore’ difficulty to better accomodate players wanting a greater challenge.

I must admit that having played through most of Siptah on ‘the wrong settings’ without noticing, I kinda agree

That said, I guess after Barbaric comes your own custom settings - I can certainly see maybe trying at some point with enemy damage at 1.5 (not sure I’d be up for reducing player damage much further - that just seems likely to make fights longer - but harder hitting enemies could be good).