After trying out different setups, we finally managed to complete wave 60 in OD. Of course it’s not only about good setup, but also having good RNG on the wave (slow mobs having +7 million HP? yeah good luck DPSing that…). Our team composition was;

I’m not sure what else to say really? I don’t think anyone is really interested of in-depth explanation of tactics / mechanics we used.
Also heck Attractor mobs!
Little bit about the video. Firstly, I didn’t include voice comms (I might have made oopsie when recording). Secondly, around 2min mark there is couple second skip on the video, because I accidentally swapped scenes in OBS and it was recording my desktop for couple of seconds 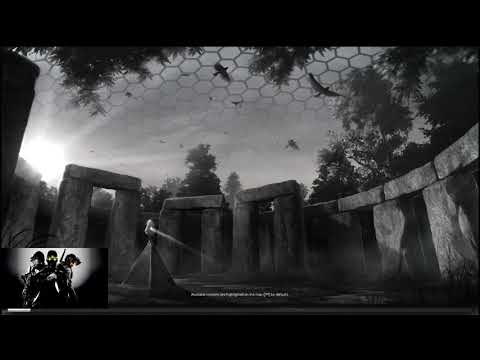 Although there’s much, much more to say when we dig into the details, I wanted to leave a few notes here to document our experience:

According to my Discord logs, we first started 5-man attempts around the end of March. We finally completed 3-man Wave 60 on September 7th. So, this challenge took our cabal over five months to complete.

The main reason it took so long is because it takes roughly 3 hours just to make ONE attempt. At wave 56+ we require singularities to spawn during every wave, so the majority of our runs failed due to circumstances beyond our control. This was very frustrating: Imagine spending two and a half hours just to find out your otherwise perfect run never had a chance, no matter what you did. All we could do is optimize wherever we felt weak, then roll the dice again.

RNG became our way of life. Blue screen flicker bugs were commonplace, as shown in Tipsu’s Wave 60 video. We had to determine a procedure just to restart our clients without getting auto-kicked from group. We’ve reported 3 instance crashes that I know of, which prematurely ended viable runs. Whenever a player inevitably burned out or had other commitments, we’d try to replace them so the challenge could carry on.

Since March at least 8 players that I can recall have participated, all of whom contributed to the overall theorycraft and optimization of our gameplay. So even though Tome, Tipsu, and myself were the trio that happened to have our RNG and execution align for the first time on September 7th, we also need to give thanks to Molov, Vortex1, Drenneth, BeforeEve, and Ceruleana who each helped us get here. (lmk if I missed anyone!) Everyone involved certainly could have completed Wave 60, and I imagine they all will as time and sanity permit.

On a more personal note, I was the most recent player to rotate back in. We spent only a week with our final iteration of players and strategy, so even though I’ve been around from the beginning and helped build our strategy’s foundation it’s hard not to feel like I just walked back into a 3-man group that already had all the answers figured out. But alas, all I can be is grateful to play with so many skilled and mentally resilient players(even if they call themselves potato!), and that for now we can take a break.

By next year, I’m sure someone will motivate us to push even farther beyond. I only wish our Wave 61 attempt didn’t look so possible to complete, because now that’s going to itch at the back of my mind…

Amazing job to you all! Seriously, mind is blown!

I bet that the loot was awesome…

The heroes of Occult Defense …

Manga is THE best cheerleader

By next year, I’m sure someone will motivate us to push even farther beyond. I only wish our Wave 61 attempt didn’t look so possible to complete, because now that’s going to itch at the back of my mind…

Happy news! Levsky was right about us going back to OD in 2022, and so we did

We also did manage to complete wave 61 this time, while doing a streak starting from Wave 1. Took us about… 5 and a half hours or so? Here is small video of the last three waves in our streak (with voice comms this time!); completion of Wave 60 & 61 and good attempt of Wave 62! One day we do Wave 62… I believe!

A round of applause is in order.

Insane. If you dont mind me asking what wave you start using dedicated healer?

It really depends. Since Levsky tends to be the dedicated healer, Levsky might be healer starting from Wave 33 if we start at 33. I think on this one, we swapped to 1 DPS, one healer and one tank around… 45? 46? I can’t really remember. It’s not exactly needed yet at this point even, but why not \o/

So yeah, I don’t really have precise answer for this

TL;DR - you go healer latest at the point, when your tank gets murdered in seconds

What was the word with Nirvelle? Maybe since you didn’t get up to, but actually beat it, there doesn’t need to be a word.