Pet is stuck in rock side with his head coming out alone. Re-logged, still stuck there. Can’t select him to put on follow neither open inventory or anything else. He is now stuck in scouting mode.

If I just leave him there and walk back home, will the pet walk back as well? I think I saw one do this once when left for a while in scouting mode from a death I had.

I sure hope so. I just spent the last 2hrs adventuring and collecting loot that is ON that pet. Not to mention its a Greater Sabertooth.

The location is the Dryfalls.

Yeah it didnt warp. Im hoping it will return. lol.

I had caught one of my Hyenas once returning home. I had died, then took a little longer than anticipated to get back to my body, and found it on the road with caption (returning home). lol.

So hope this is the case again. Otherwise it would have been a rather wasteful 2+ hrs and -1 Greater Sabertooth*. Well, not complete waste, it was fun. But, little to show for it aside from what my character could hold.

Anyway, logging in again after I sleep. Fingers crossed it finds its way home.

They should warp home, so no reason to get lost, but still. understand very well your problem.

This may happen especially on some added terrain part, like rock formations, or the part the long the cliffs. Sometimes thralls and pets may sink in them, ever player does, but less a problem here.

Still not back today

Might see if I can go that way again after some more exploring. See what’s going on. 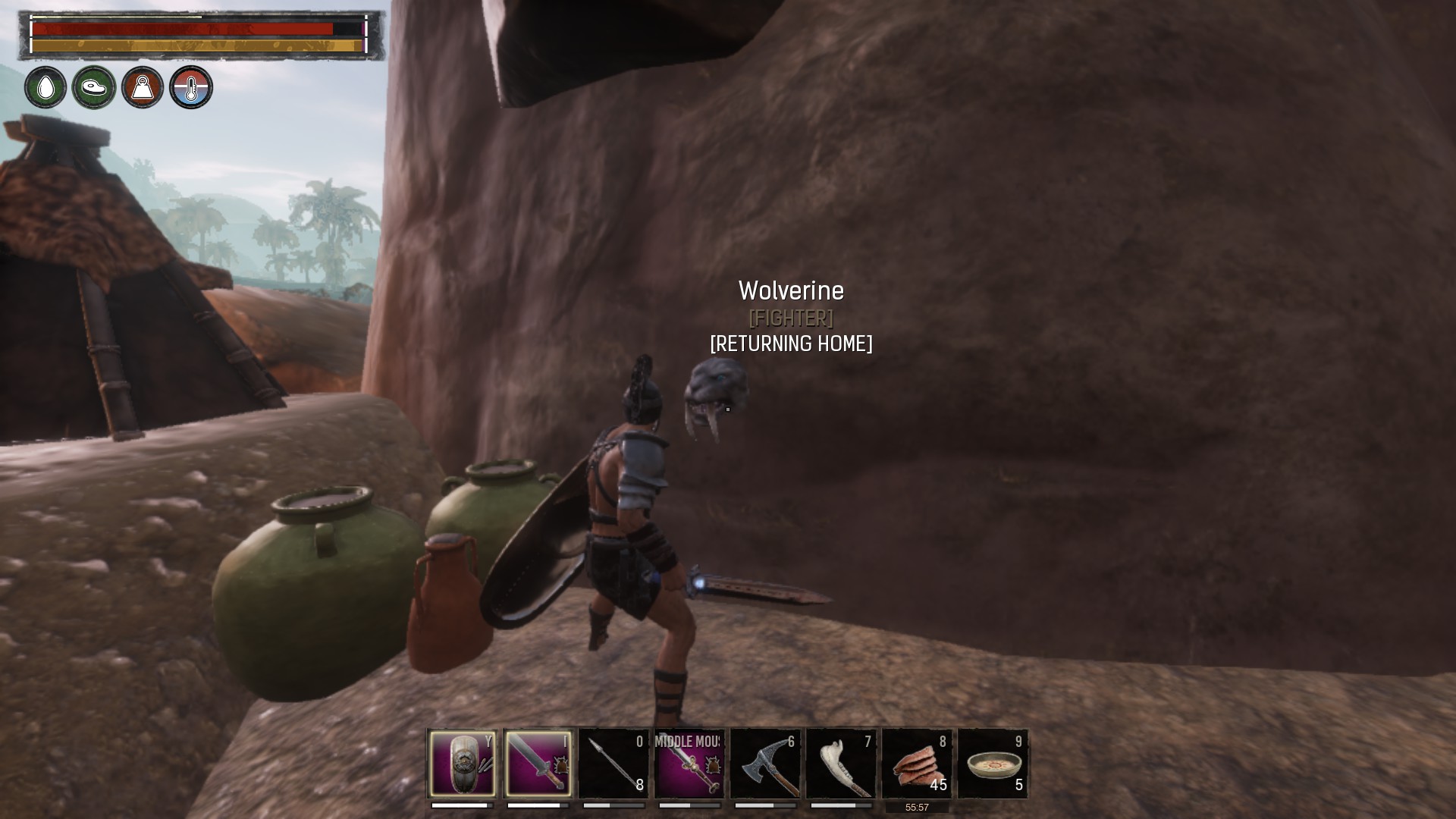 Well, guys, my pet is officially just stuck in that rock no matter what I do.

Is there some admin that can at some point hop on, join my clan, go ghost mode, enter the rock, select follow and get him out of there please? I’m not sure how long he has… unless I build a feeding pot. Not sure how that would help other than just keep my pet alive within a rock on the server though xD

More than 15hrs later and 15th relogging is a charm. He just appeared on my base… somehow o.O