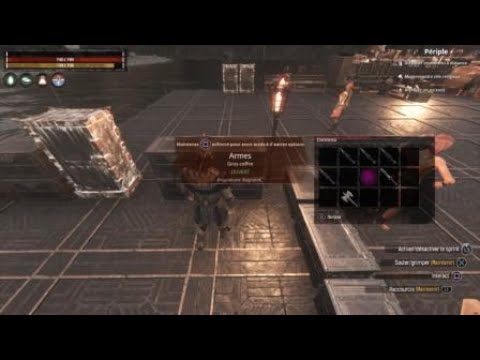 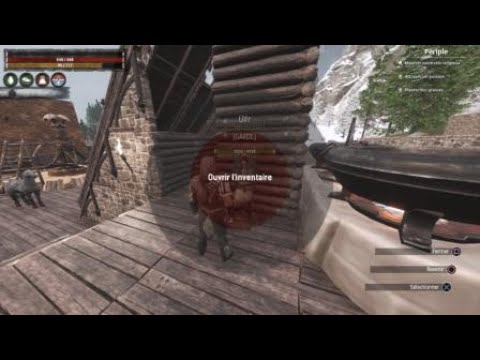 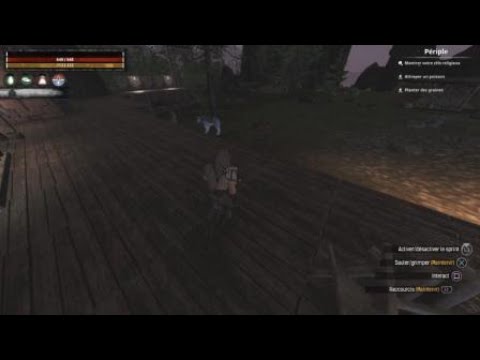 Game STILL freezes when browsing through the tabs. No other solution but restart the game.

Freezes on when going to challenge section

Thank you for taking the time to report this situation to us.

Regarding this, we have released 3.0.2 recently where we addressed some of these situations. Could you please confirm that these persist after updating the game to the latest patch?

Yes, it actually still happens after patch 3.0.2. Mainly if you are inside base/building or very close to it.

I can confirm that the game still freezes after 3.0.2 patch. Challenges / battlepass / bazaar are a particular pain point (for me at least trying to access any of them is pretty a much guaranteed freeze) but it can occur at any time - interacting with a crafting station or thrall, or even just randomly walking about my base.

Thank you for taking the time to report this situation to us.

Regarding this, we have released 3.0.2 recently where we addressed some of these situations. Could you please confirm that these persist after updating the game to the latest patch?

It’s still happening, and quite often

Game still freezes after 3.0.2. I play on official european PVE #3033 server. I remember game freezing on Challngers tab. But mostly for me it freezes when I approach other player base to use his Map Room. With rate of 90% rate of it happening everytime maybe it’s a good “Steps to reproduce it” example.Not exactly tab freeze but definetly in freeze cathegory.
So I’ve got tiny little starter base near Sepermeru’s Seth district on official european PVE #3033 server . When I run from my base into Seth District and then follow path to the right[which is on higher ground than majority of Sepermeru, you know there’s 2 blacksmiths allways spawning there right next to working benches] untill I reach “Boris Brejcha” storm glass base with free acess opened up Map Room right next to that base. Freeze often happens when I exit Sepermeru and other player bases start loading up in that area. If game doesn’t freeze I witness a major lag there.
My PlayStation 4 model is CUH-1004A. I play on wired connection. Arround 100MB/s[Megabytes not marketing Megabits] download and 10MB/s upload speed.

Sorry, for the mess but I wanted to Reply to you to be shure you’ll get notified. Instead I think I replied to this topic in general. OMG

I mainly play single player and although the last patch has improved the game a lot it still freezes. I have noticed for me at least it freezes the most when scrolling the lab menu through the challenges, battle pass and bazaar but can also happen randomly anywhere. Other issues/bugs i have noticed is when moving items from a crafting station station/chest to inventory and vice versa disappear completely (not very often), rendering lag, blurry map in and out, visual mechanics (character jiggle physics) armor/flag motion frozen and recently unable to load challenges, battle pass and bazaar mainly when they reset, had to log out and back in for them to load in (could be a time/lag issue).

Game started lagging severely when i was running around at the Great Dam. Then it just crashed. I had also died for some reason and spawned at the desert after falling through the map for a while.

Run at the Great Dam.

Thank you for providing us with this inforamtion. I’ve passed all this info to the rest of the team for further investigation.

Please keep an eye out on our future game updates as we are always working on improving the world of Conan Exiles.

Freeing still occurs. Tell your devs to get a PS4Pro or slim and see for themselves.

The game should run on all PS4 consoles, not like Cyberpunk. Please don’t use the ps5 performance as an example, it’s a ps4 version after all.

Sometimes when game freezes and you force close it - screen goes all black, then blue screen pops up “There’s been an error in system software (CE-36329-3)”. There’s not even option to send Error report to Sony, it only tells you to update your console operating system firmware to the latest version. Yesterday indeed there was 10.01 update. And for entire day I didn’t witness a single freeze during my Single Player playthorugh. Untill I wanted to use portal to get to my main relativley big castle like base on Noob River. Game get stuck on Conan Exiles loading screen same screen as you wait where you start your solo map. And now my game freezes on daily bases when I’m inside my main base.
This hardcore error[black screen, blue screen with no send error report option, only with advice to update your system] was happening from time to time before and there were no operating system update available when I was going Settings/Update system firmware.
This is bad. My PlayStation 4 model is CUH-1004A.
Edit: Another case of blue screen error after force closing app without an option to send error report to Sony just occured but without black screen and with different error code CE-34878-0

I haven’t even been able to login in, in 5 days due to the game crashing. I logged in a different server last night and played, so it’s not all severs. Do your screen stay dark and flash about 15 second after you log in?

I totally agree with all you have reported. I am having the same issues, constantly. I am about ready to move on to another game.