I reported that WE were crashing / freezing and the community needed help. The respose was , “Can you provide a video of the error occurring?” well , I am asking someone handy with social media to record and post your freezing/crashing. Since they wont acknowledge the problem/issue and let us know its being resolved? Please post your freezing/crashing ANYWHERE and EVERYWHERE. We will get results. You want to help the community get the game back? Expose the issue on youtube, Facebook…anything you can. Thanks for your support fellow exiles.{ I will be doing this with you)

First of all, its still the weekend.

Second, they did acknowledge the issue. That’s why they asked if you can provide a video of the error occurring. They want the video to help them diagnose why it’s happening.

Third, fixes take time. There is no “don’t crash” button that will magically stop the game from crashing. They first have to figure out what went wrong and then figure out how to fix it without causing other problems.

I mean it’s been what two weeks? For a live service game I feel like at the very least they could do is communicate.

Hey, they never bother to test this and there is no excuse to release a non-working product. They would have discovered these major issues IF they did a simple test before launching. Don’t minimize this. You dont want to help, fine, just let it be.

It’s happening a lot with spell casting as well

Stream it brother, show the outside world whats happening. Only way to possibly get results. go for it.

Yep and its AGE OF SORCERY, you telling me they never tested sorcery for the release of “The age of sorcery”? really? no excuse. Post your videos on social media, help the community get the game back.

If they fix all the lagg/ and freezing , and made the game free or something game would pop off, and they should just money off dlc/ shop and battle pass

I’d settle for the lag and freezing

Second, they did acknowledge the issue. That’s why they asked if you can provide a video of the error occurring. They want the video to help them diagnose why it’s happening.

Sorry, I don’t agree that they have acknolwedged the issue. Yes, they have asked for video but to the best of my knowledge, nowhere on this forum have they stated anything along the lines of 'hey guys, we know there’s a problem that causes repeated crashing / freezing. We’re working on a fix but we don’t have a timescale for it as yet."

If such a post does exist anywhere after patch 3.0.1 please, show me where - I’d love to be corrected.

If it doesn’t exist then in the absence of such a post people are left to draw their own conclusions as to what - if anything - Funcom are doing. I’m well aware that getting a fix can take time, I’m not asking for an insta fix, I’m just asking for them to actually communicate with their customers and keep them in the loop as to what’s happening - if you don’t have a timescale then fine, just say that.

It’s the complete lack of communication that’s an issue for me - I mean, are they actually doing anything? Or don’t they believe there’s a problem? Or they believe us but it’s just tough luck if your game is broken 'cos others are working fine, so too bad for you? As a business communicating with their customers, they’ve been woeful on this issue.

Fixing bugs takes time, of course. Testing games also takes time, and it is by postponing the release of a totally unplayable patch that we find the time to fix bugs, to finally release a finished product.

There is absolutely no excuse in this world that can justify the state of Conan Exiles on consoles. It’s a real shame. In anything else, that kind of bad prank would cost them an immediate refund. What would you do if you were served an undercooked and expired dish? What would you do if your phone didn’t work after purchase? But for video games, we should have patience and understanding where they literally laugh at us by not even having the patience and the relevance to test their game before releasing it? To collect our money for their battle pass, there they are strong… well, no… to tell the truth, even on this they have problems. But what I mean is that if they released something so bad, so broke so fast, it was only to collect the money. And that is a real scourge in the world of video games.

They could at least communicate, reassure us, tell us where they are, that would be the least they could do. Sorry but that’s their job. They are not amateurs, nor volunteers that we should thank. They make games that we buy, and selling something that sloppy is intolerable. Yes, it is indeed a sale: the update may be free, but the battle pass and coins are absolutely not. No one is forcing you to buy, but let’s be honest, who doesn’t? The basic game remains, in any case, paying one way or another.

I don’t like this customer-is-king mentality, and I’ve been extremely patient with Conan Exiles and its issues. But this is too much. We’re not talking about a few small bugs… but about things that totally ruin the gaming experience, if we manage to launch the game.

A real shame that all this. I hope we will have the right to a gesture … but considering how they make fun of us, I think the best thing is to show their attitude and their disrespect and let them bear the consequences.

It’s going to heat up on the networks :)!

I started playing conan in January last year and when they released the Siptah update, in June 2021 the game was already completely broken, I joined the forum looking for answers and solutions and at the time a developer suggested I buy one SSD (spend money to solve a problem they caused, not me), I just uninstalled the game and re-downloaded it now because of the new update, and to the surprise of 0 people, the game is broken again and nobody knows if it will be fixed, much less when.

Unfortunately, the team working on the development of this game doesn’t care about users playing on Playstation.

Exactly, well said. I’m getting a video together tonight…would you do the same? It would help drive the message home. This game was NEVER tested , thats obvious. Take care.

Still no acknowledgment of the issue?

“Fixed a sizeable number of crash and stability issues.”

Obviously they have acknowledged the issue and are working on it.

Still needs a lot of work to be even enjoyable for most.

After sorcery release broken game, after 1st patch broken after 2nd patch unplayable, I saw 6 people online, 1st attempt disconnected me from playstation network assumed my fault waited did test all ok, but by 3rd attempt crashed loading even faster. 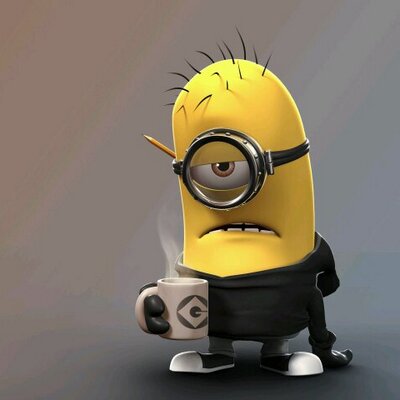 The game has major issues. I have contacted them directly , but no reply yet. So yeah, no acknowledgment. As you can see , the community in general still has issues. To release this without testing is not acceptable.

I mean it’s been what two weeks? For a live service game I feel like at the very least they could do is communicate.

They changed to “games as a service”

This is their service.

Minor bugs are acceptable. Bugs that cause total game loss, should have been found within an hour of TESTING on console. So you can safely assume they never tested on consoles. What does that tell you about their loyalty/respect for the console community, which some have spent years playing? There is no excure for what happened here. It’s total negligence.