Change back the button to Allign placeables from HOLD the down button to R3!

Nobody did ask for this change and it makes us basically a sitting duck when we are raiding and players got ramps or stairs in their base.

Never thought that the need of scripting devices would come close to conan.
But if this doesnt gonna get changed back or gives us a option to choose for our selfs. Then there is no other option left.

This is an intentional change to Crom sword. Please watch Kiah On Fire on You Tube to see a detailed explanation. Please note that zero damage on Crom sword is not a bug. It now only deals damage when users wield it.

After swapping building pieces, decorative stuff and armors, the game is going just fine! Encountered crocs small and giant invisible by the Kings refuge pool, but later by the river crocs weren’t invisible anymore and I killed the giant one inside the cave nearby. I had to be constantly paying attention to the thrall damage, but I have turned on the perk that heals them while I do damage. So she got 1/3 health in the end. Combat movement is really great.
Lighting inside the unnamed city is better now. Not so foggy bright, but with darker reds and black. 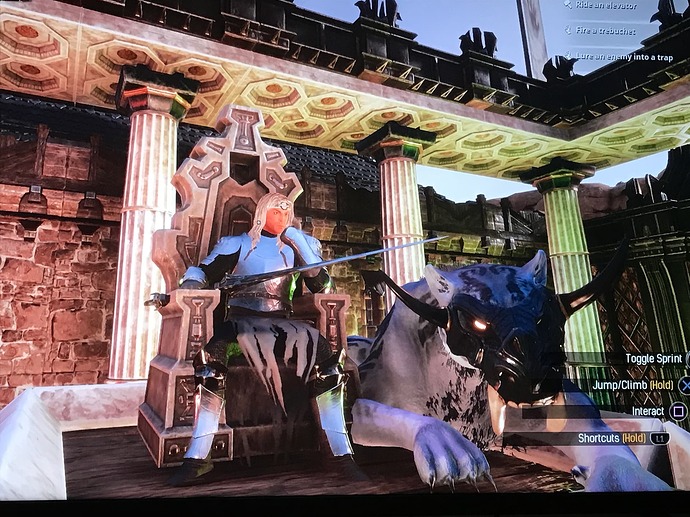 Pets have emotes, and you can sit in various ways.

whats the sword in that pic?

Was lucky to find in a random chest! It’s the one that hum’s and gives light! The Jedias GreatSaber 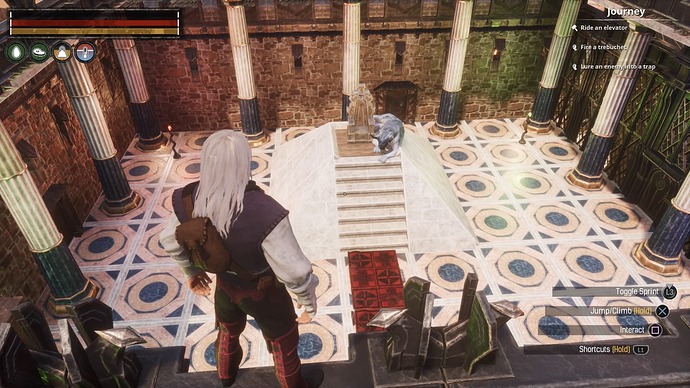 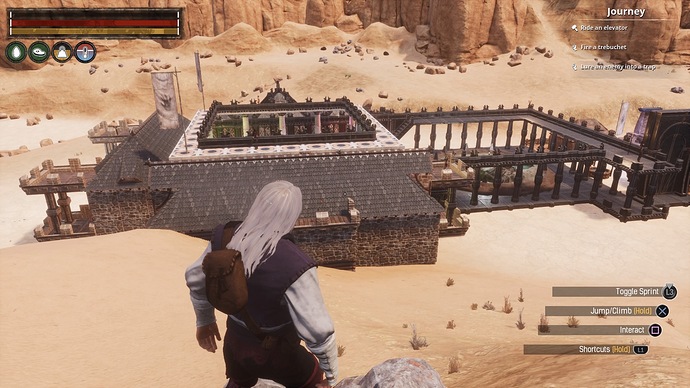 then this weapon is absolutely useless, sorry for the wasted time on the bosses. Telif has 10 less damage, where is the logic? spend the entire scale for 10 damage?

Other than the known issues im really loving 3.0. The sorcery is fun. Im enjoying the battlepass. Though hopefully well get a wider variety of tasks in the future.

I love the new building system and the challanges are realy cool. I like running around completing them. But i am extremly disappointed that there wasnt a bit lore with sorcery. Maybe a ghost or some notes on the floor 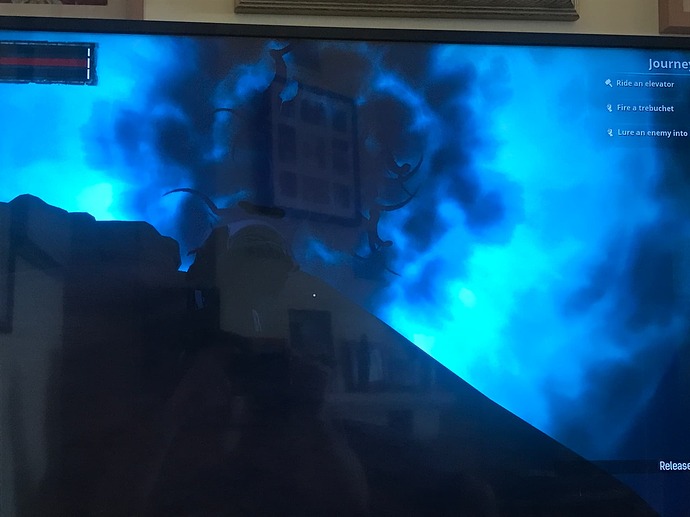 Monsters from Siptah found their way to the Exiles Lands. Who did that?

Besides the insane amount of bugs what the hell is up with the farming rates??? X2 was more than enough but this is crazy…. It completely takes the survival and struggle aspect out of this “survival game”.

I played a little last night and a bunch of issues. Same thing this morning.

I play on my PS4 on a private server. I noticed the Age of Sorcery logo wasn’t up, still had the Ilse of Siptah one up.

I have a lot of rendering issues, freezing issues, and issues when I scroll through the new menu bar for the bazaar and challenges.

I am on PS5 and we have a lot of the same issues. It is not just a PS4 problem.

How is it possible that in each update they release, it comes with many errors, do they not test their game before distributing the updates? I don’t understand how these things happen, especially in this update, there are errors the first time you enter the game, delay in loading, invisible textures, constructions, weapons, armor, game objects. there are flaws everywhere. They have an active and participatory community, why don’t they use it? I don’t like the new construction system, but I guess it’s to have more organized with the new pieces that will come in the battle passes and prevent those who don’t have them from using them. the hammer, leave only one if you hit with the hammer you repair and if you touch L1 you select a piece and build. Why two hammers? In short, there are many failures, the game freezes on many occasions. Flying is superfluous, they are making players have no base, they stay hidden with things in their bodies, there are fewer and fewer bases to steal. Not everything is negative, I like that you always have to learn things, it makes the game evolve, it is a game that one cannot say I know everything and I have passed it. there are many things to solve. Thank you and we are all waiting for a prompt solution.

Patch 3.0.1 has been released.
Patchnotes.

We opened a new Discussion thread for this new patch:
https://forums.funcom.com/t/ps4-patch-3-0-1-discussion-megathread/202406/3