What was supposed to be one of the greatest features in this game is probably the WORST implemented feature, there are so many problems with Purges they are, as we all know, unplayable, a Myth. Funcom needs to make drastic changes on Purges to make them an actual feature players can ENJOY!

Sometimes I wonder, why did Funcom even WASTE their time on this feature? Do you have any clue how many people actually take part of Purges every night? Like… 5, 10? lmao. I used to play this game everyday since launch, I only had ONE Purge (while it was still broken). For all this time I was hoping for Purges and have something fun to do in game… now I have lost my desire to play, I dont have the energy to sit there and dont do anything at lvl 60, I barely play the game these days, all I do is refresh my structures (for now)

On a more positive note, we had a purge, and it was great. All 3 of us were kept very busy fighting off the waves, two of us died, and eventually we managed to defeat the waves. It was really really fun. That was at low level, around a house built near the starter desert.

Since then, nada. We now have a house up north, festooned with thralls ready to give their lives for the clan! The purge meter seems stuck.

This is a great feature. We hope they get it fixed.

Purges need to only happen when the player(s) are on line.

Thats exactly what Im saying. Purges are GREAT but they never happen!! What is the point creating this feature if nobody can play it? The only Purge I had was also awesome (the only problem was creatures could not damage structures, so it was easy), kept me entertained and hoping for more in the future… but then, just like you, nothing.

I reached maxed level, built 2 more bases, build anti-purge defenses… for nothing. Purges should hit offline people too, but only if online players have already being attacked or are ineligible…

It would break my heart to spend time setting up my base, arranging thralls, walls and halls… then have the purge hit while I’m at work! What a waste.

I’d even go a step further and send the player(s) a message: “Purge is pending, begin the purge now?”

That way it will only happen when the player is there, and ready to invest the time in doing it. After all, the game is for our pleasure. Let’s set it up such that we can get the most out of it.

You are right, its a feature made to entertain players (and supposedly control player expansion, preventing people from building everywhere!). But its not doing neither!

Everybody has 200 bases, hideouts, elevators, bridges, thrall houses, etc… all over the map. Exiles land has never been more civilized! All because Purges are currently a waste.

Since I’m playing solo, I really hate purge, and right now my purge meter is kinda 75% to full. It’s been a month like that, and the purge never happens.

I don’t like being attacked by purge because I don’t know if I or my thralls can defend it or not, so I dont want to build anymore and I dont want to farm anything because I might lose them all because of stupid purge. So my game is kinda stuck.

Have no fear! The Purge is a myth, a phantom. Do not let it trouble your mind.

Never let something like that inhibit your play. Go get some thralls, and build a nice wall around your base. The purge seems stuck this release, so you have plenty of time to get ready.

The thing is, purge ever happened to me once. But at that time my base was too open not surrounded by walls and I only had 3 thralls.

And the biggest disappointment to me was being presented a bug after my exile died fighting the purge and when I spawned, the corpse was nowhere to be found so I was forced to face a purge with bare hands because of a stupid bug where the death marker was shown further from the real spot and the corpse was missing.

So I could only watch my base getting destroyed. It’s not what I signed up for when I joined PVE SERVER. 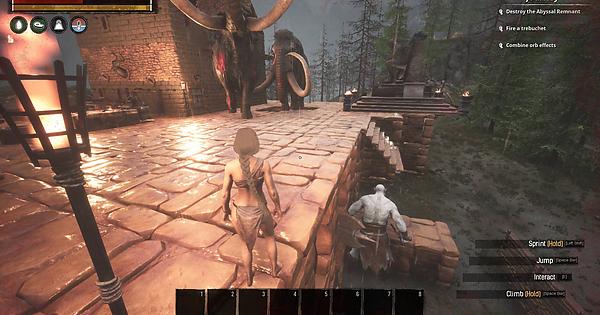 It was a VERY UNPLEASANT experience especially when not knowing anything about purge because I just bought the game like 2 weeks at that time and been only playing on single player then tried online pve.

I guess I would consider myself lucky, since I got 4 Purges in the last weeks. At least if I had them while I was online.
2 happened when I had the lateshift at work, 1 while I was at a BBQ with the family (though it was still in process when I logged in after 10pm) and 1 when I played a different game.
Lucky me that it didn’t hit me where it would have hurt. Especially since Thralls are currently useless.

It’s the only thing that currently keeps me somewhat motivated to play CE, but being forced to be online 4 hours every day for something that may happen or not since it can even hit you while you’re offline too, is just not a fun design imho.

But thats -exactly- what Purges are supposed to be! It is a feature to prevent people from expanding too fast, expanding more than they should in a unorganized way. You should be much higher level and better prepared to build a base where you did. It is suicide build a Sandstone base, with no outter walls, 3 thralls, being lvl 30 in a maximum Purge difficult area…

At this stage you should have a basic T2 base in the South map, you would have much higher chance to defend against creatures of your own level. Then you would learn about Purges and with that knowledge you would prepare and only move north when ready.

Yes, Purges are what keep mostly everyone motivated to play CE at lvl 60, lucky for you and unlucky for others (because of limited Purge attacks per day) you are being entertained while most folks like myself havent had *$%#@ happening for over a month.

At this point I already lost all my motivation to play, I dont dedicate more than 10 minutes a day in this game, some folks already left entirely and had their bases decay.

If the server is cluttered with offline clans and building all over the map, then they arent so great for active players IMO.

IMHO, what they need to do is separate the purge system settings in two:

Is not that hard, IMO.

Offline Purges: Not only triggering a Purge is rare, it can also happen when people are not there to play it! The chances of being part of a Purge decrease even more when it can happen while people are not playing the game!

This is just silly.
I have seen so many people leave the game saying " purged offline. This game is (insert expletive here)"

Just a silly way to drive people away from the game.

I have been through some great purges.
They are lots of fun.

What’s not fun is logging on to find a few thralls hanging out where your base used to be.

I had no Purge happening to me for a period of around 2 months before. I know it all too well.

But I don’t feel entertained by it considering that all those Purges only happened when I was offline and not on all those days I was actually ingame. Would have prefered for them to go for players who were online at that time, so that they could have some fun.

The purge system needs to be reworked it is buggy , agreed

Yea I already knew that by now, I was just telling the purge that ever happened to me as a noob that just bought the game then play on a pve server.

In fact I want it to happen to me now so I can test my thralls and my base whether it can withstand a purge or not. My purge meter is 75%-full now but I have waited for maybe almost a month now and it never happens.

My purge meter is 75%-full now but I have waited for maybe almost a month now and it never happens.

Jsta, have you been traveling a bit on the map recently? many times i got purged right after having returned from adventure or whatever thing i was doing somewhere else on the map.
i got purged 7 times already i believe, and it was great for the majority of them, only bad thing is the current state of the AI which is about 70% broken.
i’m telling you “leeux” you had a very good idea to not download the latest patches. Personnally i don’t bother with conan anymore untill the funcom team comes back from holidays.

i’m telling you “leeux” you had a very good idea to not download the latest patches. Personnally i don’t bother with conan anymore untill the funcom team comes back from holidays.

Keep in mind you can always… ahem… “rollback” to an earlier build (for playing solo at least, or on your own server…), there’s a way to download earlier binaries for any game on steam…

I never done it myself personally, but I learnt of it since the days of the Skyrim creation club debacle, where the game updated almost daily breaking the script extender each time, and I know people where openly sharing this method and used to work

There’s a guide hosted on Steam that explains how to do it… search for “Steam Download Depot”, should be the first hit on Google… it’s a good solution for those that don’t play MP, at least.

yep i know thanks for reminding that. just don’t want to bother with that right now, i can wait untill funcom comes back, it’s no big deal for me.
I was just thinking of you because i keep seeing you sayin how much fun you’re having with purges and personnally i can only agree with that since i have already had well working purges happening with a descent AI state (on both multi and SP), but if you had donwloaded the latest patch, oh man you would see what other players are meaning by “broken AI”
have fun mate and keep posting screens

No I don’t play CE much now, only go online for resetting decay and waiting for purge to test my defense.

Without knowing that my base can defend itself, it’d be useless farming anything because if something bad happens then I’ll eventually lose them all, so I don’t bother playing for now.