I first noticed this when i log on and i hear the sound of building pieces breaking.
At first i thought it was something random but then i would notice the pieces breaking in the corner of my screen.
This became a known issue on the server, but was thought as a simple visual bug as it was always out of reach.
Then a few days ago i noticed that instead of just 2 or 3 pieces appearing to be broken and missing. There was a big hole of 6 missing pieces that had caused my Greater wheel of pain to break.

I thought this might have been because i never came near these 6 pieces and it had happened over a week so it could have been that.
But to be sure i tested it by adding support beams below. Changing its support from 20 to 100. I then waited a day to see if anything would happen.
The three same pieces that broke the first time broke again & only after 1 day. 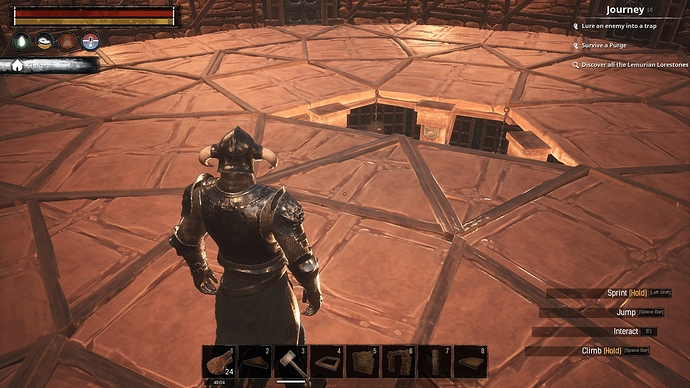 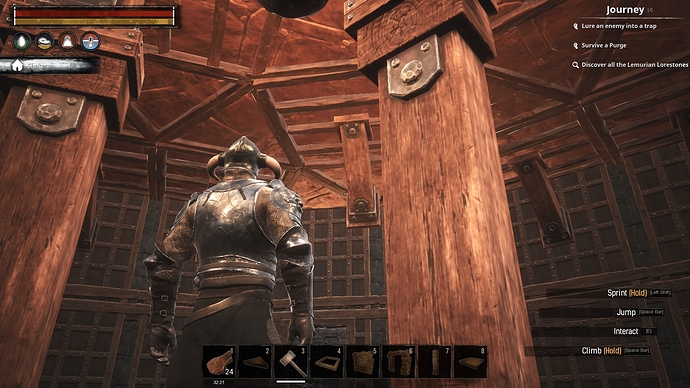 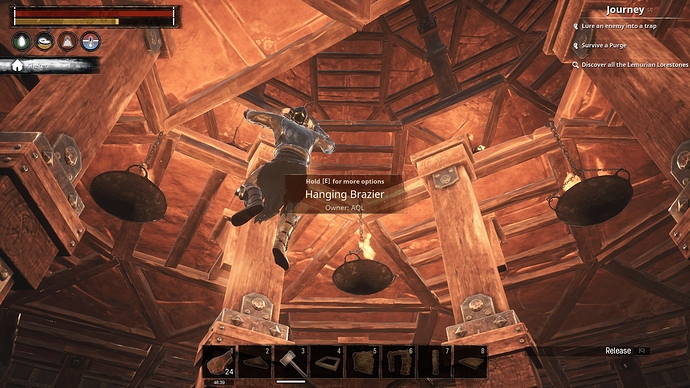 Yep, that’s a known bug. The supportbeams carry weight when installed, but after a server restart they are just cosmetic… I had the same exact problem…

In theory the crossbeams should move the “wall” supporing the tiles one tile in, but as I said, they just stop functioning sometimes when a server restarts…

Weirder still, not all the wooden support struts behave like this. Some retain their stability after a server restart, while others lose theirs. It’s always the same ones who do and who don’t, but there doesn’t seem to be a pattern to it. Around 1/3 of them are good, while the other 2/3 break at every restart.

I’ve had entire roofs and walls go missing after a server reboot even without struts and with 80 stability.

I think its something more than just the support beams, because if only 1/3 of them worked then they should be fine as i mass them below & it would just decrease the support by 20 for each tile away from the beam.

Unless the beams that are broken are for some reason acting similar to how plants do when you place objects on the ground without foundation. Your objects are instantly broken when the plant re-spawns.

Tempted to use only foundation for putting important objects on in the future.