Buildings should not lose stability unless something supporting them is destroyed. The Altar of Zath was on the ground, there was nothing to be destroyed.

I had put my Altar of Zath to upgrade to max level and went on an expedition for about 1 hour. When I came back, it was gone. It’s a PVE server, and there was no purge. Other stuff has gone as well, such as a Crude Planter and Candles, but I didn’t take much notice until the thing I just put 400 hardened bricks, 250 shaped wood and 50 steel reinforcements into vanished

The standing torches marked the outline of the altar, they were already in place; the crude planter that lost stability was in the patio of the base right next to the location of the altar. Possibly something about this particular area of L8 is involved in the issue? 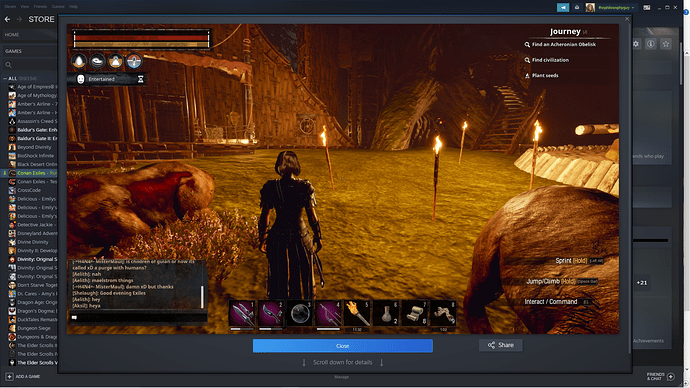 Same happened to my clan’s altar of Set level 3

If the Alter detects something, usually a placeable or follower, is in the upgrade range/returns an overlap box hit, then it’ll fail on the upgrade and break.

This seems like it’s probably the case on reflection. Still feels like a bug, though. If this ‘feature’ has to remain, it would be nice if it could just fail to upgrade, or give a warning, and not just wipe the altar and anything nearby from existence after you’ve put the time into collecting the tokens and materials.

I agree, a failed to upgrade message due to overlap detection or similar would be nice. Likely the breaking on upgrade is there to avoid an exploit or another, that’s almost always the cause for such things.

But ya, in terms of what probably happened, I hope that clears it up.