When picking up an Improved Armorer Bench with a named thrall all of the items from the bench
were transferred into my inventory as well as all of the recipes from the bench (as items). I could move them, drop them, and pick them back up as items.

When I logged back in the recipes were gone, but I was able to replicate the issue with several different names thralls.

EDIT: I was annoyed at myself for posting this before testing without mods. - I just took all the mods off and re-tested. It was still an issue when unmodded. (Screenshot shows with mods, but I confirmed and replicated the issue unmodded.) 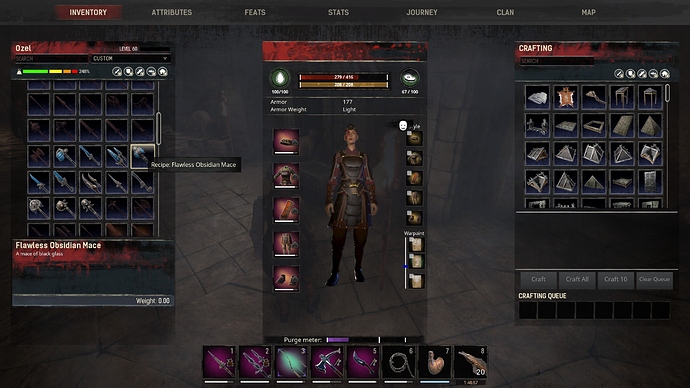 Happened with me with brick… didn’t know what was going on.
(no mods - single player)