We would like to announce the new Savage Wilds map mod release!

This labor of love from the WildCypher team includes:

•Recipe Availability: All the recipes from the Exiled Lands and most of the recipes from the Isle of Siptah are available on this map.
•New Fast-Travel System: Travel using Shima, the caravan master by discovering her locations and paying for fast-travel
•Purges: Modified purge table to remove animal-only purges
•Delving: Delving is available to learn and Eldarium can be found (rarely) in chests around the map
•New NPC Factions: Discover the Hyperboreans, Hyrkanian and Clan Culann factions strewn across the map
•RP-Support Locations: For server-admins, there are several locations that have been made available for dedicated admin builds.
•Mercantile System: Plenty of merchants will sell items in Murun, the non-hostile trading town
•**Adventure Locations and More! **

Interested? Try out the Savage Wilds map mod in single player or on your own server! 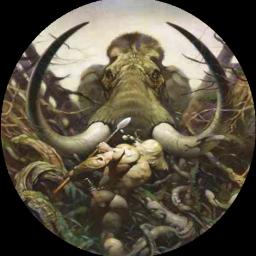 Check out the Savage Wilds community on Discord - hang out with 16 other members and enjoy free voice and text chat. 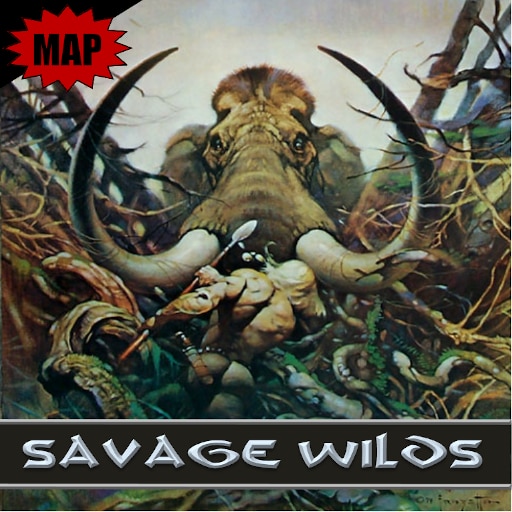 Thank You and Happy Exploring! 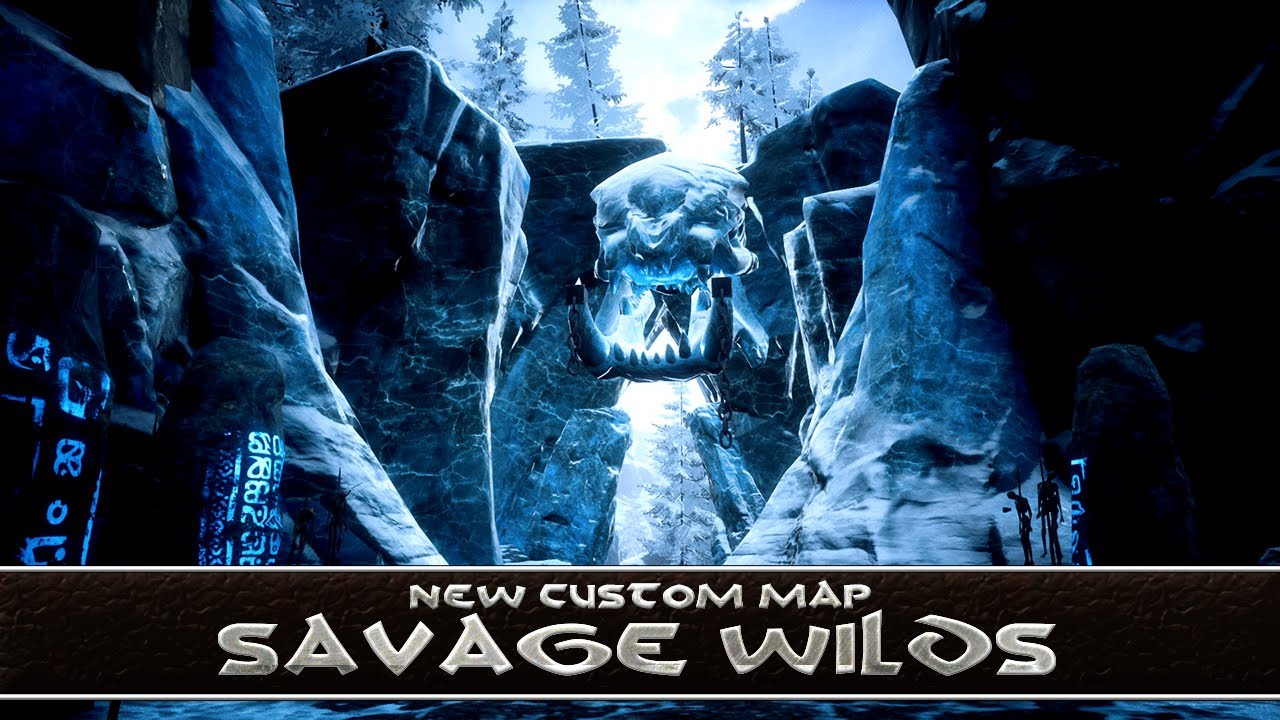 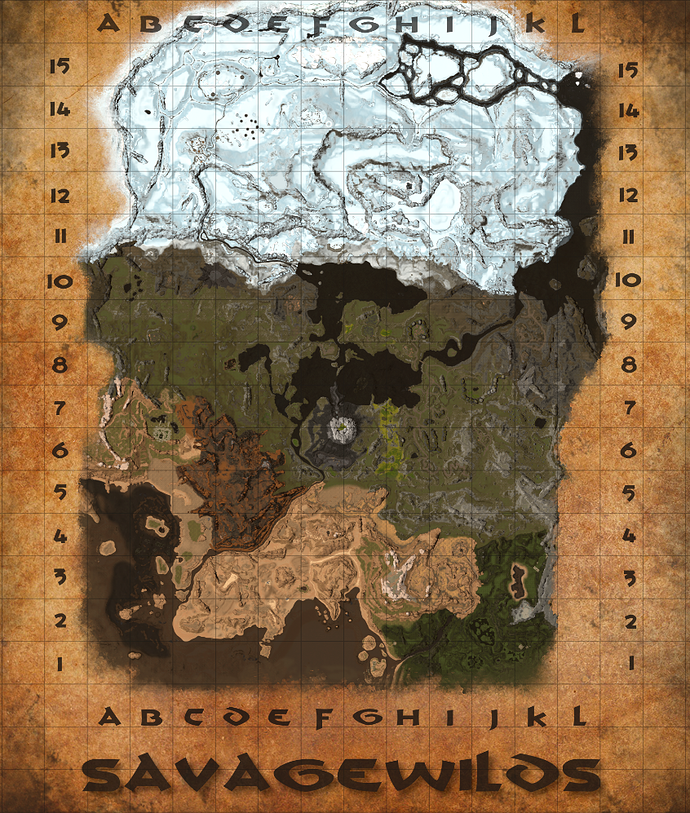 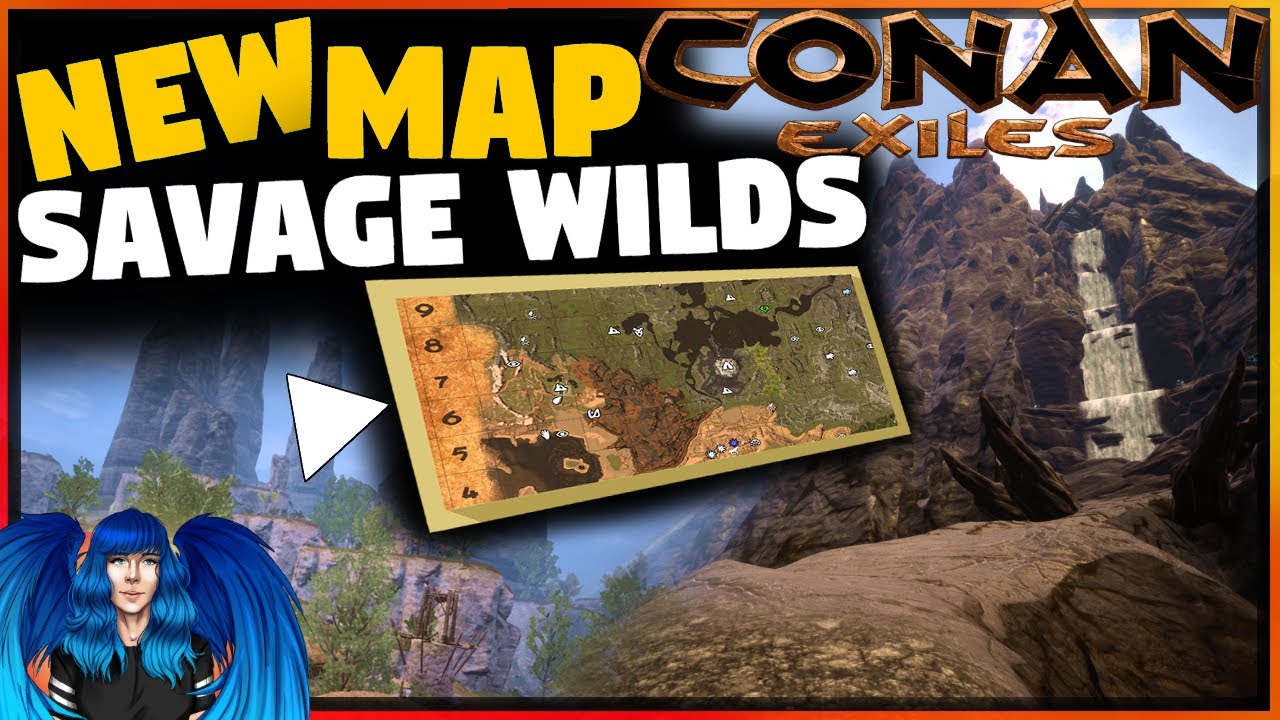 This looks super cool. How did you go about making your own map?

That is some utterly amazing modding there @Insein! We can tell that that you have put a lot of work into it; just look at the size of the map! Forgive I do not mean to rain on your parade here, but will the 3 new biomes which Funcom is planning to add, ie-the savanna, the ashlands and I cannot recall the third, still be compatible with it when they are released?

It took 11 months and an entire team (5 initial modders, 7 at the end).
I’m only newly on the team, to be honest. However, it was a labor of love and I believe we are considering typing up some guides, tips and tricks eventually.

I am newish to the team, but I’ll gladly pass along the kudos!
I do not understand your question about biome compatibility, but it should not be an issue.

When player do better maps than Funcom…

I loaded this up in single player last night and ran around for a good hour or so. The map is pretty damn cool.

What is the idea with the massive lakes though?

One of our developers is from Michigan and loves lakes and geography.

(We think he just hates East to West travel!

Sharing a few screenshots from the map. 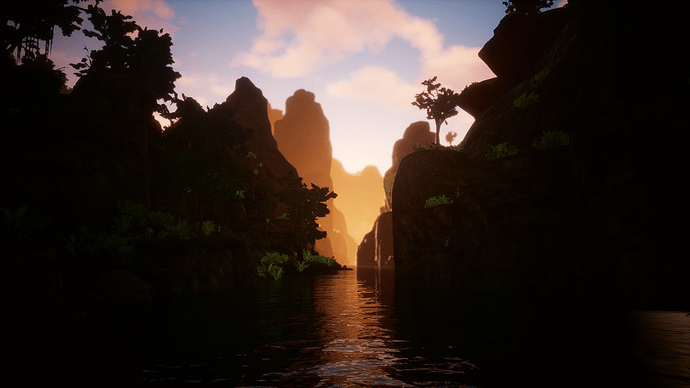 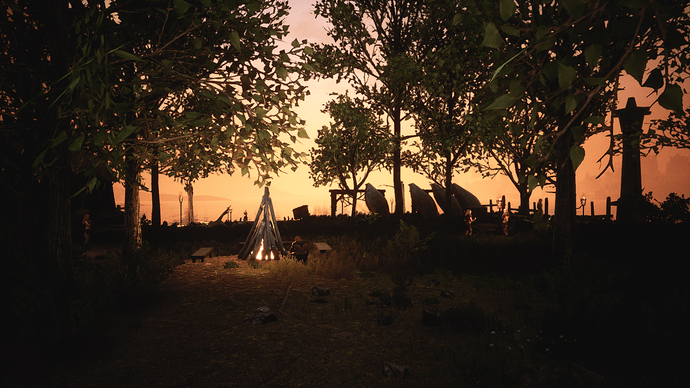 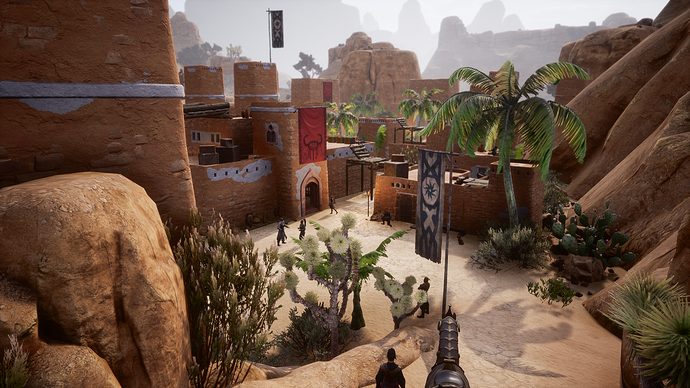 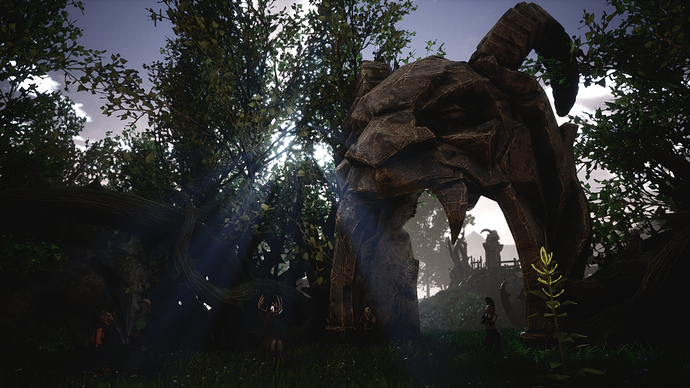 It’s not an addition of landmass they did ( I think you beleive it’s siptah with new landmass , but I might be misreading your question about biomes

This would create a fun scenario placing this map some where in the vast unnoticed and often unexplored (by games and authors) land that stretches east of the Vilayet sea over perhaps to lake Ho, all south of the mysterious Pathenians.

(Look below for map)

Not for this map, I’m afraid.
Currently, we are using mostly the assets in the devkit and I do not believe we can access Khitai assets as they are DLC and not in the devkit.

Ahh well. Lemurians renamed as Pathanians might also be an option. But we can hope one way or another Funcom might add Khitans as an NPC and Thrall group at some point on Siptah. (Given the surges supposed reach across time and space, I’m disappointed they haven’t already, honestly.)

I see, I was under the misconception that it was the the Isle of Siptah but with many other biomes created by the modder. Do you were spot on Kanza1; thankyou for clearing that up for me!

And @Insein, the fact that it is an entirely new land mass is even more impressive again. Amazing job.

Checked some vids last night and the map looks amazing!

I am having a problem. I have the mod installed and for some reason it will not work. The loading screen show pics from the mod but when it loads into game it is loading the original map not the mod one. I only have a few mods loaded for my server: Pippi, Dungeon Masters Tools, Kerazards leveling mod and a item stack mod. Any help would be greatly appreciated. Thank you.

Anyone having a problem with ghost resources(Rocks,trees and shrubs that have been removed once before) clipping through foundations?This is a visual glitch that happens to me often.

I am having a problem.

You will find more detailed instructions and/or support on the Discord.

Anyone having a problem with ghost resources(Rocks,trees and shrubs that have been removed once before) clipping through foundations?This is a visual glitch that happens to me often.

There are many people experiencing this and it is a known issue.