Right now, one of the big complaints about the thrall perk system are the perks that increase a “useless” attribute at the cost of decreasing another attribute. By “useless”, people mean accuracy for fighters and strength for archers. They are not really useless, but they don’t fit the thrall’s role at all and the result is that players feel like they’re being punished arbitrarily by the system.

My proposal is simple:

Again, the proposal is not to replace or take away any of the current bonuses or perks. It’s to give secondary bonuses, so the existing perks can become interesting, useful and rewarding.

20 Likes
Deadeye perk unacceptable on fighter thralls
Fighter Followers getting Accuracy
Accuracy on Thralls
Get rid of Archery Perks for Fighter Thralls!
Thrall perks do not match combat style
Fix the inconsistent Thrall perks please!
What would you like to see added to the game? (Encore!)
Perk System - Please Fix
jistsomeguy January 9, 2020, 9:00pm #2

This would do wonders for helping make thrall tradeoff and off-spec perks feel more like tradeoffs and less like penalties - to say nothing of how much more viable it would make some of the factions feel. Right now, e.g. Black Hand fighters can end up with competitive HP to make them survivable if leveled to max (I got one to 20 and just under 12k HP last night), but even a lucky one will be mediocre in melee despite in theory being a fighter. If Accuracy gave some AP, OTOH, the nimble pirate fighters would be viable for their finesse rather than brute strength. Likewise, Votary or Forgotten Tribe archers would not pale in comparison to lower-tier faction archers like Black Hand - they’d not be high-damage ranged machines, but they’d have a place.

This is a super clever workaround, that may even be a complete fix until they update AIs. Can’t upvote this enough.

I’d also add that currently Accuracy exists and has perks that boost it on non-thrall pets, but it’s literally worthless. Giving a lower-value secondary effect to Accuracy would make pets who gain Accuracy something other than a bad joke.

This topic deserves more visibility (and more upvotes tbh, unfortunately I can only give one).

How do we get this thread to get more traction? It’s probably the best idea I’ve seen regarding this topic. And it would be easy to implement since all they have to do is play with database values. ANY increase in a useful value would be better than nothing.

And it would be easy to implement since all they have to do is play with database values.

Well perhaps not quite, they’d have to fiddle with how the final values for a thrall’s armor penetration is calculated (weapon used + ???). But it sounds like a relatively small task, compared to some of the more sweeping changes that have been proposed.

It’s probably the best idea I’ve seen regarding this topic.

Now there I agree, it’s a simple yet elegant way of making the worst throw-away stats at least somewhat useful. Survival and Agility at least have some utility (however limited) to any thrall, and obviously Vitality is very useful indeed to everyone.

How do we get this thread to get more traction?

How do we get this thread to get more traction?

Posting here to keep this threat at the top!
Codemage said this well although i believe the best solution would be to make thralls bonus align with their profession.
You wouldnt get a blacksmith that was better at being a cook.

You wouldnt get a blacksmith that was better at being a cook.

why you gotta step all over my hopes and dreams dad!

although i believe the best solution would be to make thralls bonus align with their profession.
You wouldnt get a blacksmith that was better at being a cook.

That’s also true. Like I said in many other discussions, I also wouldn’t mind it if they reworked the thrall classes so that we don’t have two separate classes for fighters and archers; instead, we would place a thrall and work to develop it into a fighter or an archer.

However, that change is much more expensive and disruptive, so I had to try to suggest something cheaper. One solution is to constrain the perks’ RNG to avoid certain perks that shouldn’t apply to certain classes. I instead decided to propose this one, because if the team decides to implement something like it, it would not only fix the problem, but introduce new interesting choices to the game.

Survival and Agility at least have some utility (however limited) to any thrall, and obviously Vitality is very useful indeed to everyone.

As far as this goes, Survival has very limited utility in PvE because thralls normally just stand in front of each other and beat on one another until one dies - so debuff time reduction is meaningless since every debuff timer will be renewed before it can expire. For a dagger-armed/cat/hyena follower whose attack cycle includes temporarily disengaging, debuff time reduction is marginally useful because there may be a rare instance when a stack falls off, but for the most part even then the debuff will have its timer reset before expiring even if the thrall has a huge survival stat. The only place where the current survival effect is useful right now is horses because the player can maneuver them into and out of combat enough that effects might not be renewed. It would be better if Survival mitigated the effect of debuffs rather than their duration, but that’d require serious reworking I imagine.

(I’d add that the way Agility works is fine, but disappointing; in principle, it seems like higher agility would make light or medium armor viable alternatives for thralls, but in practice it improves you less than you’d get by wearing heavy armor so you’re still better off with that. Perhaps there it would be better to make Agility offer more bonus armor when the wearer has less artificial armor (on top of the diminishing returns currently used), but that’d be a really complex rework that would need major balancing.)

That’s not directly apropos to the current discussion, especially since anything involving these two stats would take more coding to address their problems, but it does point to the general trend that the current topis IS addressing: the reason it feels like followers have “wasted” stats is that each stat has such a narrow range of impact. If there were more effects from each stat, there would be less of a tendency to view thralls as all-or-nothing based on one or two stats, and tradeoffs can become good things. If e.g. Str and Acc gave some AP, and Agi gave 1/5 or 1/10th the damage boost of Str & Acc to both, and Surv gave 1/5 or 1/10th the HP boost of Vitality, you’d get something for any stat gain, and as long as you didn’t have perks directly cancel out even “tradeoff” perks would sting a lot less than they do now. [Note that I propose no secondary effect to Vitality, because frankly it’s valuable to every follower no matter what.]

This perfectly sums up my motivation for this suggestion. Thank you! 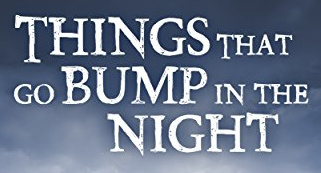