Inspired by the notes left behind at Exiled Lands, I wrote my own short stories.

Content : Texts and screenshots may be considered inappropriate for minors

Disclaimer : Neither of the stories mentions the names of places or characters present in the game Conan Exiles or the world of Conan the Barbarian and other universes…

Publishing on weekends when I find time

to the stories, so nothing would get mixed up the content. Which means you can feel free to comment

After a long silence, I decided to renew the topic and reorganize it. From now on, the first post will contain links leading to all the stories I will write in this thread. Jack’s story will be reposted below and the topic will change its name from:
Exiled Jack - Short story (completed); to: Short Stories - Exiled Jack (+more).

If I have an interesting story idea I will probably post it here. And if there is interest in the topic, I will try to publish more and regularly. 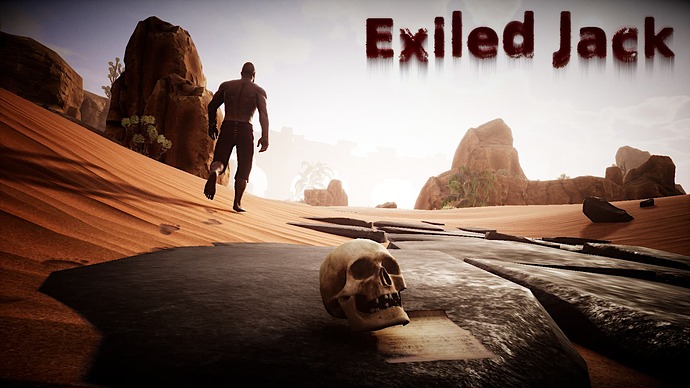 To anyone who can read…
They call me Exiled Jack, this is my last will.

If you find my body, you can take whatever you find with it.

I have no property or possessions. Anger, hatred and a desire for revenge these are the only things that was mine.

Before I die, there is only one thing I need to do, kill One-Eyed Luke! 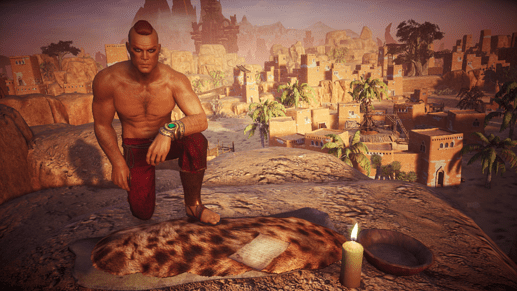 To everyone looking for my grave…
I’m not dead yet, haven’t found a leads that would lead me to One-Eyed Luke.

Before I got to this place, I heard a story: Luke got caught and locked up in jail to kill someone he hated - I thought I’d do the same.

I know One-Eyed Luke is here, I’ll find him. He will pay with blood for everything he owes me. 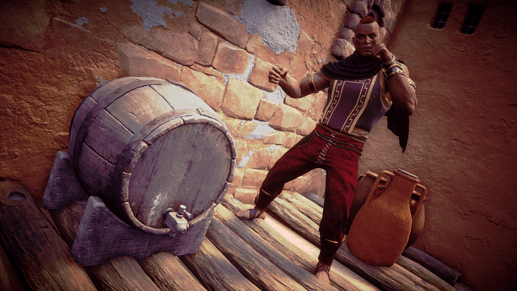 To everyone interested in my story…
Have you heard the tales of One-Eyed Luke?

He sacrifice one of his eyes to knowing the future - when he found out what awaited him, he truly went mad.

He killed people and set fire to villages just for fun. He enslaved and sold people - the same thing happened to my Mother.

I am his son and my sword will end his story. 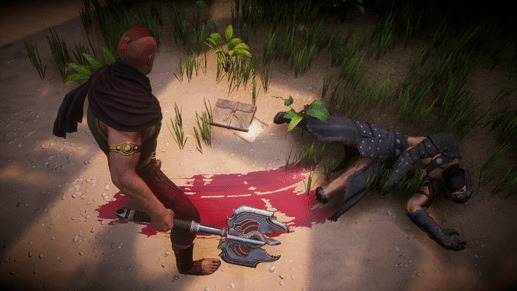 To anyone who doesn’t know yet…
I am the son of One-Eyed Luke.

Many who were hurt by my father punished me for what he did. I have suffered so much for a man I hated more than all of them.

I found out where he is, saw him from a distance.
Today I will be the executioner. 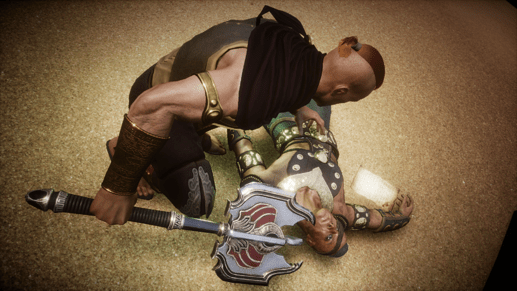 To the One-Eyed Luke…
Father, when you wake up your head will hurt a lot.

When I saw you up close, I thought I was looking in the mirror. Our looks are not the only things that unite us - in your left eye I saw a bloodlust equal to mine.

While you were unconscious you were plagued by nightmares that haunt me as well when I close my eyes.

I will not kill you. I will get out of these damned lands! I find a better purpose in life than revenge. 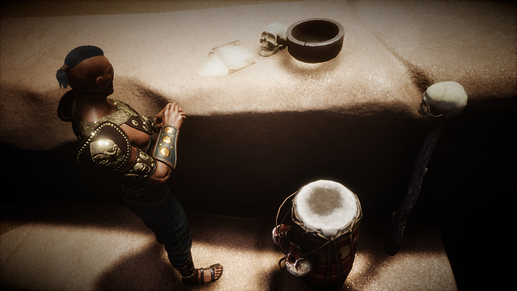 To Exile Jack…
Son, we are closer to each other than you think.

I hated my father as much as you hated me. I spared him when I was your age. I had two my eyes then, just like you.

You must know that time flows on its own ways in these lands. Let your legs lead you east, ask the gods about the future and try not to lose your mind. Know that the old gods will demand payment from the flesh. 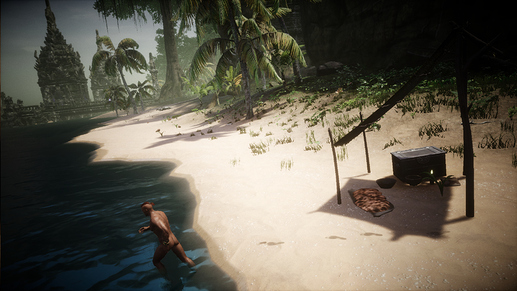 To those I failed, while being alive…

I found a letter from my father, it bothers me, so I’m going to see my future. I leave everything I have in the chest next to the journal. I doubt that I will survive what awaits me after meeting the gods. 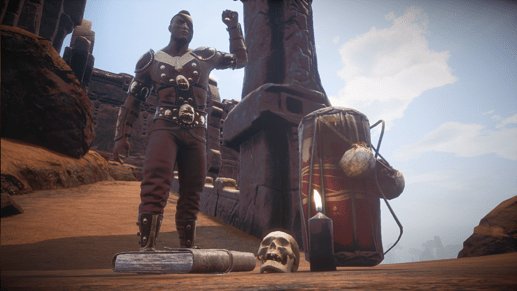 To everyone who came to these lands…

After many years, I returned to this place where I learned my destiny. All the stories you have heard about me are true.

Join me or die by my hand.

Don’t look for me, wait, my right eye will find you soon.

Jack’s story is over, but there are more tragedies hidden under the cursed sand of Conan Exiles. 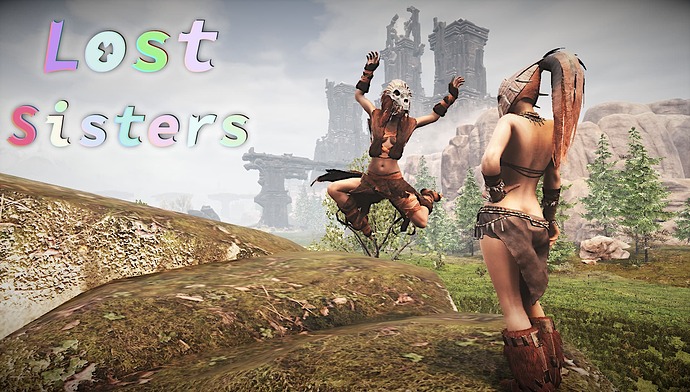 I describe everything as long as I still remember.

Finally, I found pages to write on, these lands are so uncivilized. Oh… I can’t stop thinking about my dear sister and that unfortunate masquerade - we were so happy.

If I hadn’t been proud then, we would both be enjoying our luxuries, but now we have been banished, stripped, and crucified. Elajza must hate me now, but at least we die together - at least that’s what I thought.

However, fate prepared for us much more suffering.

Where are you dear little sister? 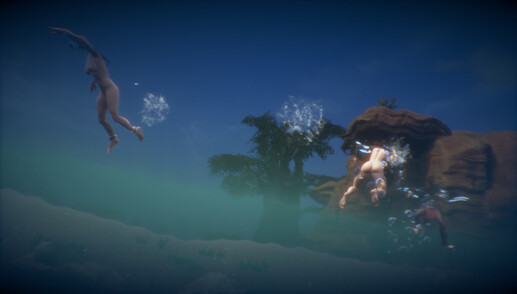 I broke my fingernail, which is why I write awkwardly. This is terrible! Slave hunters saved us from certain death. They tied and pulled us like sacks of potatoes.

When we approached the river, I hit one of them with a stone - he fell off the slope and unfortunately dragged us into the water with him. 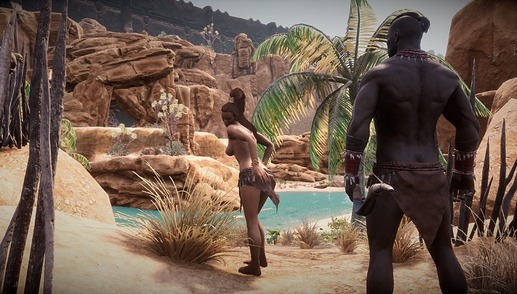 the natives fished me out. First they wanted to eat me, but found that I smell strange - they don’t know what’s good and they definitely don’t know perfumes.

After all, my language lessons came in handy.
I explained to the cannibals that my sister should be out there too - in the river.

They agreed to help and gave me something to wear.
The skirt is a bit short, but that’s the fashion here, apparently. 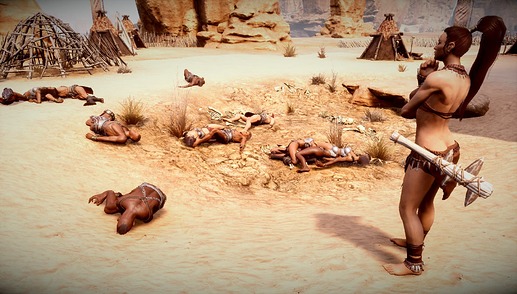 the cannibals helped find the camp of the slave hunters who caught me and my sister - it was right on the edge of the river. However, we found dead bodies only.

When my hungry companions collected the leftovers meat, they brought me a lock of hair which they thought smelled as strange as I did - Elajza must have stolen my perfume, it’s unthinkable…

Again, I was left alone, natives didn’t want to help me anymore. They said some monkey had massacred the camp, they called it Yeti. But Yeti is just an aggressive, white bear with a flat snout, the encyclopedia cannot lie - it’s a damned book! 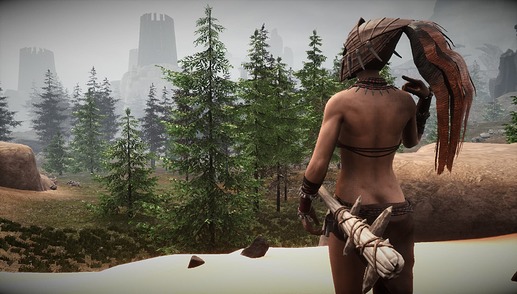 the natives showed me a narrow way through the mountains, there I can look for the monster and maybe my sister’s traces. I know I have no chance against Yeti, but that doesn’t bother me. After all, the mind is the greatest weapon and my head is very big - especially with hair.

I made some traps using branches, twine and alcohol.
Now it’s enough to surround my camp with them.

Just wait for the monster to show up…
…blow up, that I mean. 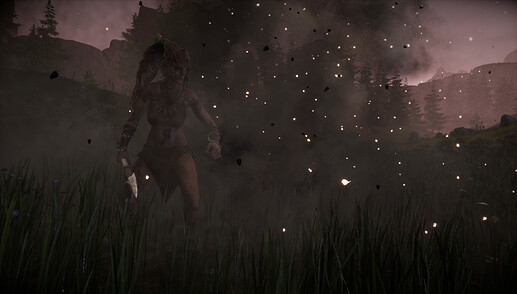 What have I done? I’m proud of myself but I really shouldn’t! The traps worked, knocked the beast down - it was wild, smelled like a hyena and screaming terribly. I finished this creature with a spear.
It didn’t look human - at least until morning.*

As dawn began, I recognized my sister’s beautiful hair. I don’t know what happened to Elajza, she went wild and covered with fur, but it was my little sister.

I buried her under a tree with my bare hands - I don’t know what else to do. 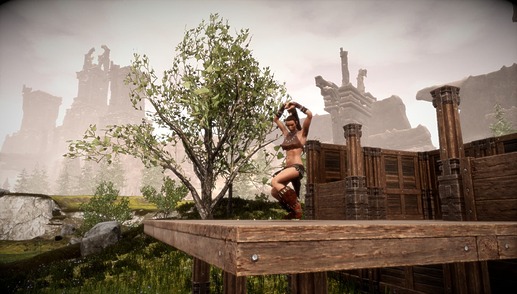 I scattered the pages of the diary - let them explore the world. Don’t worry, I won’t leave you anymore and build a house here. When the time is right, we’ll meet again and dance like at a baron’s masquerade.

It was a beautiful ball, golden dresses, music and a sea of ​​wine. Do you remember when the baron proposed to you? You rejected him and bit his nose. Then I poured that wine over him - I knew if one of us married him, we would never see each other again. But fate separated us anyway.

I can’t wait for next dance. But this time do not bite anyone, you did it yesterday and it itches a lot.

I know you didn’t expect such an ending, but these lands are not friendly or fair at all.
Next time we will visit the far sea… just for blood.

In view of my second year

since I entered the forum, I have a special one-page

story for you all.

I found out about a lonely golden gates that could hide an equally shiny treasures inside.
The mechanism that opens it consists of four levers that must be pulled in the right order.

I did not care about the screams of the unfortunates who somehow got trapped inside. I tested all the combinations and finally it’s time for me to fall into the trap too…

…the sand has revealed a hidden chamber just below the gate, my leg is broken and I can only count on the help I haven’t provided myself a moment ago.

If there is a corpse of a well-armed man next to this piece of paper,
congratulations. HA! You’ve found the author.

I will write another Making-of (about the Lost Sisters) soon and reveal further plans for my stories.