Siptah is too dark at night

Jhebbal Sag takes care of all of his children with vision in the darkest of nights.

As admin you can, or in singleplayer.
I mostly set long nights when i can. Sure you need own server, or like said, SP.

This is the light of a torch: 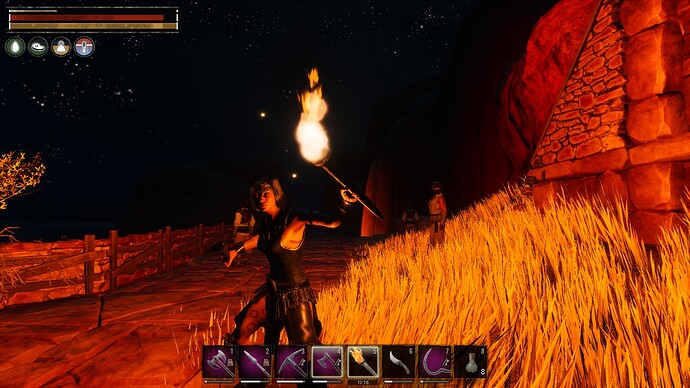 This is the light of a Bracketed Torch: 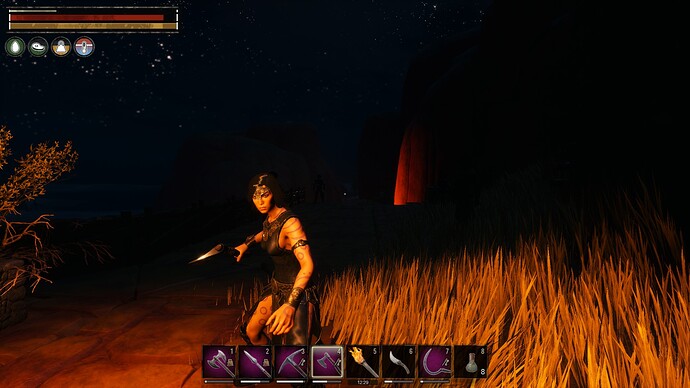 I like the softer and less saturated light from the second picture.
Standing torches are also too saturated in my opinion, but i don’t know about other light sources.

Btw, this is from a furnace: 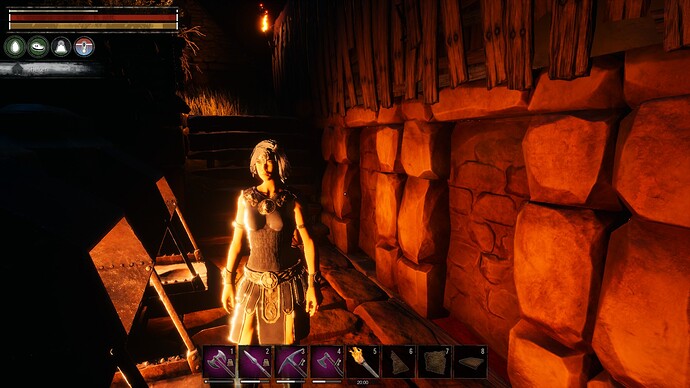 Im guessing they want it dark? even though the Pictures they took before and after made it look like they made it lighter?

im all for darkness, and using night potions as they are cool as hell. but even in day time, it is dark as hell.

Quote from them
“These changes make Isle of Siptah a much brighter and more colorful place to play. The improved lighting and sky are especially noticeable in the area around the tower in the middle of the island. Before this area was quite dark and gloomy”

So, they clearly didnt want it this dark…

As far as i know, the design can drop from the bird boss at New Luxur, above the Judge at Chamber of Scales

Exactly as he mentioned above, a bit late reply xd

But I agree with you, don’t know why these light sources are so different, but I don’t mind it that much

im all for darkness, and using night potions as they are cool as hell. but even in day time, it is dark as hell.

It depends on where you are, in the shadows behind mountains or below the trees it is darker even at daytime, which makes sense…

I agree, many lightsources are bit oversaturated at my taste, and some to bright.
But i’m a dim-light lover, and still love moody surroundings.

I know also in the past there was complaints about torches not bright enough, or some will use mods doing similar stuff.
It depends lot walls, placement to. On black-ice, or now stormglass the outcome is bit different to. Have actually a khitan and a stormglass base, so i see the difference with the working stations.

Mostly interior, when i want it cozy, i go for lantern, candles, and some torches, and all don’t give the same light, so depends placement, and need bit experimentation. Also to many lightsources in the same place is never that.
I spend lot time placing my lights, i must admit.