Sluttering issues back again with this new update nothing change on pc since last time. previous post Stuttering Issues
To prove it was the recent update I forced steam to offline mode and installed old files.

After revert back to Jan 30 files I have no issues running the game and zero stuttering. I’ve let it auto update and stuttering comes back. tested this twice today with same results. At this point I’m just tired of trying to figure out that this game has issues and not my hardware.

I am experiencing the same stuttering after the recent update
@Ignassis I hate to poke you but is there something someone can do to really, honestly look at this?
This should not be a constant issue. And players aren’t all clamoring to write about it because well… why bother.
Thank you for your attention.

Addendum: Going back into my game, I noticed that after a player warped away from where I was, suddenly my camera is sticking… sort of like it is getting hung up and moving slowly in and out of it as if to find a range or something. FOV maybe? I don’t know but it sure makes my eyes bug and head hurt with the xoom in and out that it is doing. After sitting still a few moments I can move without that hang up. Ah, most notably after hitting the Shift key because it sticks you in that speed run mode after typing.

Gotta say as a long time member of the community at large, I’m rather disappointed that there hasn’t been even the slightest of acknowledgement. I realize there are TONS out there, but a simple checkmark or something that denotes someone has even noticed. Or even just a generic reply to all somewhere in the forums that you are seeing all the reports that are coming in that this latest fix only exacerbated the problem. I have players on my server that are at a standstill. Several are unable to even connect until maybe the 5th try. Not an exaggeration. And others are lagging so much that the game has become unplayable for many.
So man hours played and money invested is creating a vast chasm of discontent.

We’ve sent note to our team about possible spikes in RAm usage since the latest couple of patches.
Besides that we’ll need any extra information you might provide to help look into it, such as system specs, mods usage, graphics settings and so on.
Thanks in advance.

Doesn’t matter if I’m on a server with zero mods, 5 mods or 25 mods. Even the 25 mod server runs with less stuttering than the server with only 5 mods.

Lighting, flames, doesn’t matter if it is one light or a dozen, the stuttering is most pronounced when first nearing the object.

Plants (Vanilla aloe primarily) seem to cause a hangup until the area is loaded in.

Sepermeru buildings always, always causes lag. Particular areas are the Temple Quarter around the priests and further down by the workstations (think it is Carpenter), also around Conan Tavern, a few other places that I am not recalling the surroundings (Wall area, prison).

The build set of the Stygian buildings also creates the lag. 2 pieces in particular along with the Door that can be spawned in. I think the spawnable window as well if memory serves. I don’t use them because they lag horrifically. And forgive me if they’re not part of the vanilla admin pieces.

Given I’m not in game and running through it at the moment, is hard to give specifics there.

The memory leak is so apparent, and when I have to go into taskmanager to force close because the game has hung up (the warp system is Funcom) particularly with /home but some times, just admin right click ctrl to jump around the map when chasing down issues, running to players and the like… any who. I’m not sure if the mem leak goes hand in hand with the stuttering or not. I cannot pretend to know the mechanics of the entire thing.

Is there anything else needed? 2 drives. Game runs on a SSD and the save files are on a separate regular drive. 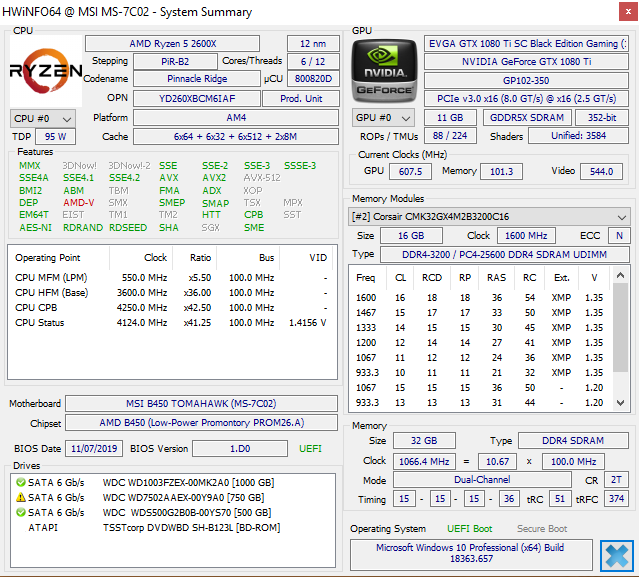 This happens without mods. I’ve uninstalled every mod and it happens in singleplayer. Graphics are on present Ultra. I have tested with other presets also.

I opened a thread similar to this just recently.

I’ve set UseAudioThread to false in BaseEngine.ini and it helped me quite a bit with performance (BTW: this setting gets reverted each update). It would be nice if you and MaKheru could test this.

I will do that before I log into my server. Just to be clear, this is on my pc and not on the server, correct?
thank you

Thank you very much.

Under my Config there is no BaseEngine.ini files Everything is Defaultxx.ini
I did go back and why there are two Config entries…
F:\SteamLibrary\steamapps\common\Conan Exiles\Engine\Config

That’s where I found it

I found a small fix for players (again like a one year ago)… If you turn on “LAPTOP MODE” and then turn off it, eveything is fine again… But i think there is some bug with textures in game, devs need fix that

Fenix’s strat works for me too. just make sure you set it to laptop mode in the main menu screen, then switch back to your usual settings after you load into the game.

If you switch laptop mode on and off AFTER you’ve loaded in, the game still has a high chance of stuttering.

Yes, I know. But I still don’t understand why no developer is taking an example of it. I wonder which setting from “laptop mod” can improve performance. Textures, rendering … Any of this. It is not possible for my game and HW to display the same performance on “low textures q” as on “ultra textures q”. My game uses 5GB RAM, 40-50% CPU and about 60-70% GPU and it doesn’t matter what graphics settings I choose. This problem was here last year … I stopped playing Conan with the hope that if I came back in a year, the game would be better … … Apart from the new DLC, mini bosses and many other changes, I don’t see any change in game performance, FPS, or optimization. . Currently there is 9x DLC in the game … Still only profit and players as fools report problems that will never be removed. If they were interested, they would have done it last year … I don’t know what else to say

I’ve tried that trick and so many other to fix it also.

Alas, nothing has changed it for me. I cannot find the sweet spot to stop the stuttering. Also noting that for lack of a better term, it feels like sliding all over the place. As if instead of moving the camera steadily, it seems to slide, just like when you’re on the oil slick from the oil orbs.