The Druids of Avalon - Lore

So. We’ve seen the Druids of Avalon in the equinoxes, but we know very little about how they operate, what their goal or purpose is, or what their relation to the Fae is (given the Agent Network).

Is there any knowledge or lore that exists beyond what’s in the Buzzing? Novels, background, etc.? I know Bloodwedd Mallory is writing unofficial novels (with permission from Funcom of course), so I hope she will visit this sometime.

Well, funny you should mention it. I was writing a bit about Avalon last night, as a matter of fact.

The Druids’ first appearance was in the form of a Faction Representative in the Sunken Library who had the Celtic Tree of Life on their little visitor badges. The Druids of Avalon were not named at that time. They were there alongside the Freemasons and the then-unnamed Ouroboros order. These represented some of the smaller secret societies and cabals that compose the Council of Venice, much like the United Nations has nations of many sizes within it. Yes, the smaller groups only get visitor passes while some members of the Big Three not only can walk around with badges, but they get to waltz about in-uniform if they so wish while in Venice. But then, the Big Three get a lot of privileges… like participation in the Secret War; however, I digress.

The next time the druids were referenced was the first time they were named even in part, and that was in mission report texts for The Corpse and the Key added in Issue 13 of The Secret World.

Kaoru likes to play fair, or at least return the back scratch. Since you so graciously returned her love hotel’s room key, she sent us a few tidbits on the dead guest. Looks like he was part of the Druids, a minor faction represented in the Council of Venice (they wear the little tree symbol badges). That’s a surprise. I didn’t think any of the little glee clubs would brave a hot bed zone like Kaidan. I wonder what else they’re getting into, the little darlings.

■■■ for tat. Kaoru is sweet like that. You brought her the key, and now she just sent me some juicy tidbits on her dead guest. One of the Druids. They’re a minor faction in the Council of Venice – not on the same playing field as the Reds, Blues, and Greens. Interesting that they’d come all the way out here. The others probably underestimate them. Small timers. But then, they all underestimated me and the Korito-kai [sic]. Starting small gives you a certain angle and perspective that you can convert into wisdom. Dig? Yeah. You dig.

The lovely matron of the Dream Palace believes in proper quid pro quo. As you have shown her courtesy in returning her key, she offers the courtesy of identifying her dead patron. He was from the Druids. They are one of many parties represented in the Council of Venice. You’ll note the tree of life symbol on their badges. Curiouser and curiouser. He was so far from home, and the minor factions do not usually tread in places as contentious as Kaidan. I wonder what the Druids, and for that matter the other little factions, are up to?

Our next encounter was the introduction of the Occult Defence Scenario, Envoys of Avalon event and associated Druids of Avalon legend, the Stonehenge Simulation legend, and all Druid Agents added to the Agent Network. But, considering your post, you already know about the Equinox and Agents.

I’m afraid we don’t know too much about the Druids of Avalon themselves yet. They’re a whole new realm of opportunity.

That’s an amazingly detailed reply, Vomher! Thanks! I have to admit I haven’t made it to Tokyo yet. My most advanced character is now in the last stages of Egypt. I just keep returning to Kingsmouth, because it’s such an amazing atmosphere.

I was digging through some screenshots for my nefarious purposes and found this shot of a Druids of Avalon faction representative. 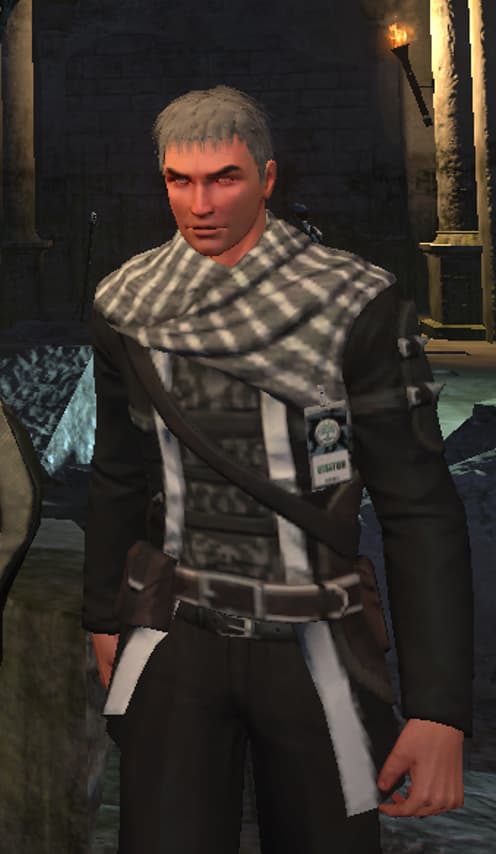