The Man With 2 Hearts

For some reason if you use your ritual dagger on him he gives you 2 hearts just as a piece of lore 0.0

Not exactly sure what the point of this suggestion is? Unless it’s just meant to be a way to farm hearts faster.

By all I’ve read, I don’t believe stat bonuses work on Thralls, or that they don’t even use the same stats as players to begin with. Only stuff like HP and Armor Rating.

Well it says it all right here “Making a unique npc/thrall who has extra strength and 2 hearts” I personally love collecting all the named Thralls that I find.

But if STR doesn’t effect thralls, then having extra would be meaningless.

So beyond that, maybe you could flesh things out a bit more.

Why does he have two hearts? In what ways can it impact gameplay?

Most ideas like this need to be fleshed out a lot more. To show how they can positively benefit the playerbase.

Needs something to distinguish him from other Fighter thralls. Otherwise it looks like a Pokemon-type idea. A gotta-catch’em-all scenario.

Edit: For the record, there are something like 60+ Unique fighter thralls already in the game.

I’m not riding your ■■■. I’m replying as I have in numerous other suggestion threads, not specifically yours.

In this case, you want a new Thrall character. But you have very little information to go on. Not even a unique name, faction, or race to associate with it, as the other named thralls have.

As I edited into my last post, there are 60+ fighter thralls already in the game. With that much variety, I’m trying to point out that Funcom would probably pay more attention to this idea if you had more substance behind it.

Think about the high number of total unique thralls present in the game already. Your idea needs to flesh out a bit more to give Funcom a reason to consider putting it in. Instead of thinking “We’ve already given them plenty of thralls already.”, and working on something else instead.

I’ve been on both sides of this, so I can see things differently.

Like a lot of suggestions on here, you have the player mentality right now. You’ve got an idea. To you it’s perfect. You don’t want anyone questioning the idea. You want the devs to read it and put it into the game.

That’s all well and good. But you have to step back and think from a developer’s position. A lot of suggestions would go over better if this were done by those on the forums.

A developer has to think of things from a variety of different angles. It’s not as black and white as put the idea in or don’t. They have to look at whether it’s balanced, whether it can be abused, the challenges associated with it. Those are just some of the basics.

In this case, you mention the Man getting increased damage from the extra strength. But you have to step back and consider, if this damage is a noticeable increase over other T4 fighters, then this thrall becomes the new Meta.

By that, I mean it’s the one that every player is going to farm one, if not multiples of, because the damage is superior. And that is the main point of a thrall, right?

If this thrall does as little as 5-10 more damage per hit because of his strength, he begins to far outclass the other fighter thralls. Balance comes into play at this point, because alpha clans are only going to want this thrall around, to deal more damage.

Fighter thralls, even the unique ones, are not especially fleshed out to have more than a cosmetic difference at best, I believe. So to introduce one that has a DPS boost over the others would make that one highly sought after.

Why does he have two hearts? 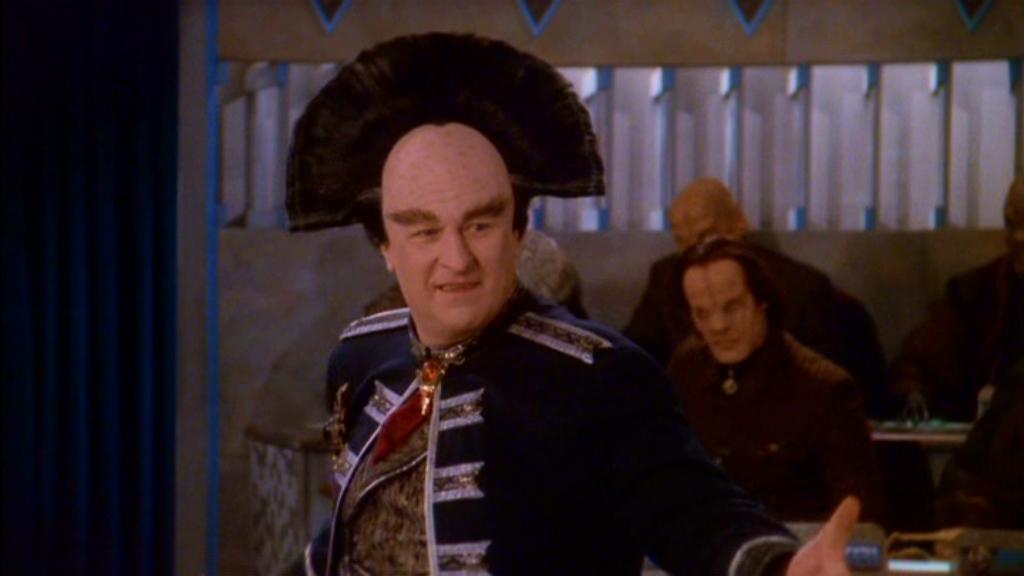 Wait… did they have two hearts?

I just rewatched all of them on Comet Tv, and I remember them stabbing Emperor, (when Vir did) didnt mention it. XD

The cardio-vascular system of Centauri includes two hearts instead of the single heart that humans have . The right heart is a solid mass of muscle which provides most of the force behind the body’s blood circulation.

I dont remember it ever being mention in the show thou.

I don’t know either. I sort of lost out on it after the second or third seasons. I liked the initial guy in, the one who had an illness that caused him to leave the show. Wasn’t as big a fan of the replacement.

To get back on topic, Japanese myself, so English is 2nd language I learned (thou main i use now) And TC, your 1st post is… it makes little sense to me. And I’m pretty good at reading jibberish, as i type it myself.

I get last part I guess, Just named thrall who drops a lore item. ??

Why not give them a catchy name and a small description of item? or note and heart he/she has. XD

First thing I thought of when I saw two hearts being brought up was is this guy meant to be a Time Lord or something?

Anyway, as for OP’s idea, the idea seems like an okay one, but needs to be fleshed out more, there’s just not much for Funcom to work with if they go with it. Maybe suggest a name for the NPC, what faction they’re aligned with (if any), give a bit of jist for the lore that you’d want behind their unique cardiovascular system and maybe what type of weapon you’d prefer them to have.

I also don’t think NPCs have the same stat system as the player does, but if they do +20 to strength and vitality seems a bit overkill, considering named thralls are generally T4.

There was a whole episode centered around it (I wanna say it was The Long Night of Londo Mollari) where Londo nearly died because one of his hearts failed.

Call it The Doctor.

Just please… No female version of it.

I dunno. The female Doctor was okay. As long as she wasn’t talking.

Can we throw a long scarf on the NPC? Tom Baker style?

I thought she actually nailed the character.
The stories she was given to tell were just rubbish though.
Unfortunate that as soon as she came in, all the stories became agenda driven.

Yeah, I had never watched the show before her. And could easily tell the political SJW BS they crammed into the show all over.