The problem is that the boss is “missing” because he spawns undermesh like the Sewer boss. Often, like in the video, is a bit undermesh, dies right after the barrier is gone and you can loot it, and another times when it dies, will fall into the mesh and, obviously, you can’t loot it.

PD: if you watch the video you will see that he is also outside the barrier before you even kill the last ghosts.
PD2: I also tried in a free modded server - same issues.

Maybe because of this (if this is his spawn point, of course - no idea) 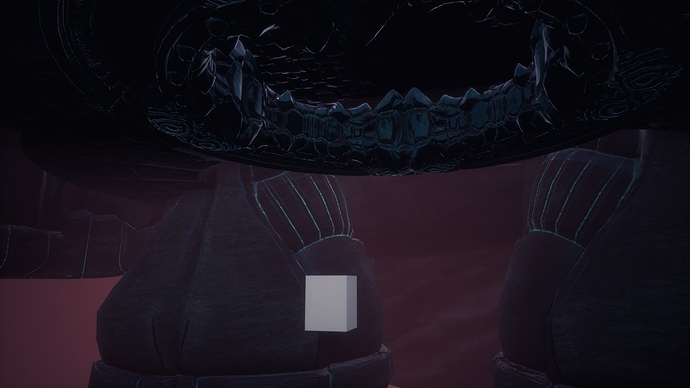 I can confirm that he is not where he used to be before that patch. Before the patch he was always sitting on his throne. Once the barrier was down you could rush to him to fight him or just wait for him to attempt to get up. If you waited for him to get up, his bones would break and he would die right there at the throne and you could loot him.

Now, he is not exactly at the throne. For me he was standing at the edge of the throne platform but still inside the purple area, half inside the mesh. I haven’t had him undermesh completely to the point that I can’t loot him but for sure he is not quite right atm.

My tests were on singleplayer, no mods.

At the beggingn of my battle he was also near the throne then went to the corner of the barrier to summon their friends. Then, in the last ghost battle, he just appeared outside the barrier.