Wheel of Pain has lost stability

Wheel of Pain has lost stability

Using a new structure design, on a 5 by 5 base, also using gate frames, I have built an enclosure with a roof. Upon that roof was placed a medium sized wheel of pain. Though the game let me build this structure, place the wheel and even drag thralls upon the wheel, as I signed into the server on a new day, the event log shows: Wheel of Pain owned by tribe name has lost stability

This is very unfortunate, as it is slightly expensive and the materials obviously are lost. Also lost are any thralls that were taming.

I’ve observed that it is not always easy to place the center tile onto the roof where the wheel was placed. I’m not sure if stability is being afforded to the structure based upon the vault which is inside the building or not. I’ve also sometimes noticed that I need to place columns inside the corners to add additional stability to ensure I can place the center ceiling tile, but that was not in use in this example / situation.

The reason this is being created as a bug report, is due to the fact that the game allowed the wheel to be placed one day, and at a later time, the stability situation occurs.

Here is an example of the structure, just after losing the Wheel: 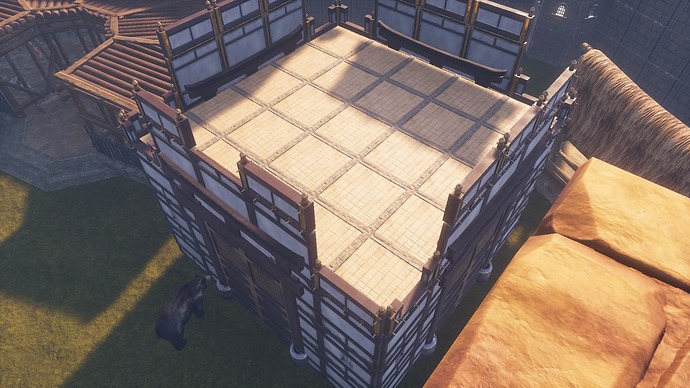 center tile onto the roof

To clarify, I think you don’t mean there are “roof pieces” that have gone away in your depiction. You mean the ceiling 5x5 there is the roof, upon which you placed your Wheel of Pain.

Are you meaning a 4-seater or 8-seater? Did you sink it below the ceiling level or did you allow it to auto-place?

These are great questions, especially when trying to shed light on the situation.

There was a centered wheel of pain placed onto the open area of this roof. I had been using elevators temporarily to gain access and using fences to provide a slight deterrent to poaching. The roof pieces in fact did NOT disappear at all. Just the wheel.

The wheel is the 4 seater, Wheel of Pain.

I definitely did not sink the wheel below the ceiling tiles at all, though the build system offered me that option.

I believe in both cases where I lost a wheel, there was a vault inside the building. I don’t believe the vault is sunk lower into the floor foundations either.

I remember definitely having difficulty placing the center roof piece several times, especially when there is no vault inside. Perhaps it offered raised object that made placing the center tile of the 5x5 easier. Though when the game renders the area once more, the vault might not be present before the wheel?

On another server I added full pillars to each “corner” piece on the inside. I believe that might be a workaround for additional stability, but I’m going to have to do testing in single player where I can just recreate the resources easier.