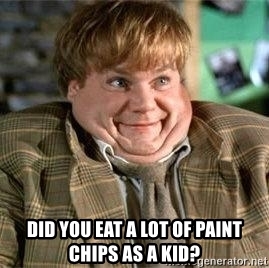 Personally i would settle for CE as it was, when it semi-worked. Please just focus on stabality. If i could make an analogy here, its like you have a car in the garage that cant make it to the end of the driveway without stalling. But you just added bucket seats and a real slick spoiler and ground effects, maybe that light that shines underneath the car too. Looks wicked nice, doesnt go anywhere.
Maybe we need different mechanics…

Running a private server.
Up for renewal tomorrow.
Questioning if this is a good time or will we again lose access time on server we are paying for.

We’ll be taking the XBOX Official servers down momentarily for maintenance to address the known issue with the character creation after the last patch, please keep in mind that no data has been lost or overwritten.

We’re currently unable to provide any estimates for the duration of this downtime but we’ll keep you updated.

Thank you for your understanding, and stay safe.

I think when this gets fixed it is a good time to do a 5x harvest event on official to reward the players that have stuck through the constant undermeshing, data corruption, and now possibly having our characters broken over the past several months.

ping would be horrendous

Sincere question, why on earth would you release a patch to address something you have said multiple times is only a visual glitch that has no other effect without first addressing the oom problem that has broken the game since August?

I swear any hate you guys recieve today you have brought on yourselves and is well deserved.

Hi there, the corrupted data message is still there for me.

Why no oom crash fixes. Me and my friends just started playing two weeks ago and would buy the dlcs if the game didn’t crash every freaking hour

I was excited when I saw the update and came here to see a horrendous aftermath.

In a panic, I quickly stopped the installation so it wouldn’t affect my Xbox in hopes for a different result.

I won’t even bother downloading it until they have come up with a way to fix the issue. I’ve built a gigantic fortress and already have every blueprint/legendary weapon. Not doing this again lol

Hello everyone, make sure to read the following:

Xbox official servers are on their way back up. You should now all be able to access your characters that were created before today’s update. Once again, we appreciate your patience and sincerely apologize for the inconvenience!

After seeing all this trouble and comparing it to my own experiences, I firmly believe Conan Exiles is no longer a multiplayer game. Online multiplayer is the only mode that is the most horrendous and unplayable. I play offline single player and experience only a small fraction of these problems.

I think Funcom should reclassify the game.

Same as others. My clan and I have logged in to official server 2588 and are unable to access our structures. Also, all characters have been reset.

thank you for the fix