We’re releasing a new patch that will target the data corruption issue affecting the Xbox platform.

The team has also been continuously working on crash fixes and out-of-memory (OOM) issues, which will be addressed in an upcoming patch. 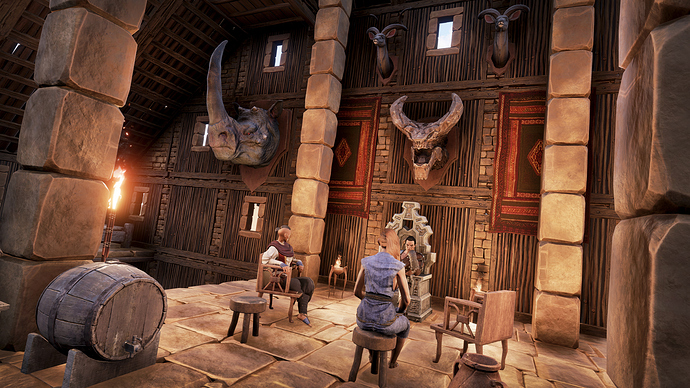 Thanks again for your ongoing support and understanding!

Note: The fix for the data corruption issue resulted in an unexpected ID mismatch, there was no loss of characters or data on the servers’ side and the developers are working on addressing this issue.

We’ll be releasing a fix as soon as possible.

There were no server wipes, please submit an issue report with the server number and character name so we can verify that claim.

Same issue. Corrupted data fixed by removing all the data?

I see the same on all servers, all take me to create a new character. Are you joking right now?

@Pdd827 if you have any issue with missing characters on Official servers please open a new thread providing the server number and character name.

Dear Hugo, MANY players cannot log in because we are taken to character creation screen and fear that if we do, everything we have will be gone.

Why do you still need ticket submission when this is a large scale issue ?

Also, how will i know my buildings do not decay by the time you guys ‘maybe’ fix this ?

We’re in touch with the developers to verify this situation, we’ll keep you posted as soon as we have any developments to share.

I’m on several servers, new patch wiped my characters on all of them including the one I own. The discord’s for these servers are blowing up with people having the same problem. I could’ve lived with ignoring the corrupted data file, everybody lost everything with this patch.

They need to revert immediately

Looks like you just killed your own game…
Well done