The trailer shows the two things that I am unable to figure out how to do in the game. Are they player features or only done for the trailers and developer videos? I included links to the official YouTube video and screenshots of the actions in question.

Action 1
Standing with the spear/javelin type weapon at your side.

Are these features in the game and how do you do them if they are?

There is a horn that is coming up in battle Pass or Bazaar I didn’t see it avlable today. Welcome to the Forum You will be able to put pictures and videos after you spend a little time here wanting to make sure you are not a bot.

Thanks for that. My trust level increased and I updated the post for easier referencing to what I am asking about.

I bought the horn emote, but I cannot find it anywhere in my emotes tabs. They probably forgot it, but did not forget to charge for it, lol.

There is a new feature. When you are in battle mode but do not move for a few minutes, your posture goes upright, but you still hold the weapons. Try it with a spear and see if that gives you that first picture.

Last time they updated the Bazaar my kneeling sit disappeared for two days, then came back. It probably takes 24 hours for everything to sync up.

1 Idle standing animation for each weapon (still it takes 30 sec to activate -too long and missable, 10 would be much better). We should have similar emote (for thralls too!).
2 Bazaar emote (hopelly with sound) for 2-3 usd.

We should have similar emote (for thralls too!).

Yes. Why don’t thralls get all our emotes is beyond me. 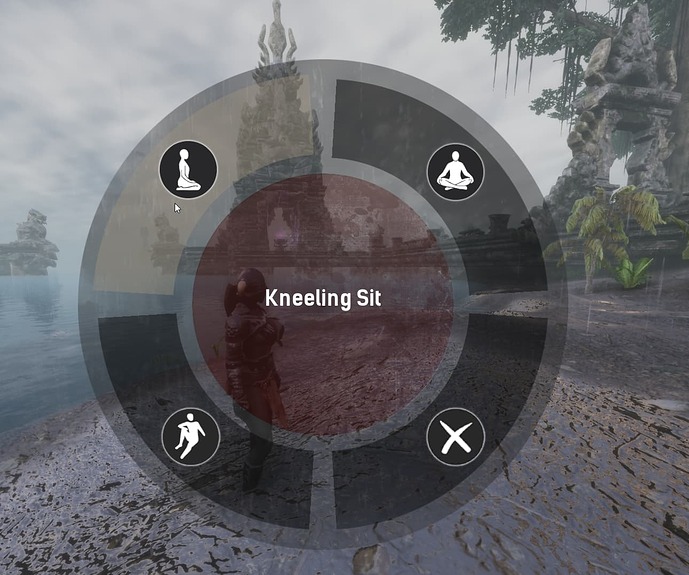 It’s below the “Sit” category.

Thanks, @SirDaveWolf but it was missing from mine yesterday. I’ll check in a min if it’s working today. I really like that emote.

It was missing from thralls emotes. I’m not sure I even checked it for my own character. Damn, I forgot to include that in my report!

No, it’s still missing from both menus, mine and the thrall. I only have the cross legged and the ‘normal’ sitting.

I’ll restore licenses, clear cache and reload. Let’s see what happens. I had thralls sitting in that position. I wonder if this being a save pre update has anything to do with it…

Nah, nothing. Still missing. I can’t remember if this was a paid emote or if I had to get it somewhere. Can we see what we bought, btw? I already lost track to all the stuff I got and have no idea where to check for bought emotes.

The watch the horizon emote is also missing, btw. It seems my character has some serious problems about expressing himself.

I filled a report already.

I could start a new game and see if it solves it, but I really, REALLY didn’t want to. I think I’ll wait until there’s some answer, because for all I know I could be having a lot of trouble for nothing if starting a fresh game doesn’t solve it…

I went online and the same happens. My toon is missing both the kneeling sit and the watch horizon. The Viking Horn works and has the wrong symbol (has the kneeling sit symbol, under misc). So, exactly as the SP. But this too is a pre update game…