What do you mean? Using lock on bot for combat for for thrall commands?

A bot? If someone had topped off accuracy, then the mechanics may help the player aim. Fight fire with fire…

I usually turn off the lock-on during battle because it is too slow with it on. I just want the health bar to show, especially on large animals where the health bar goes off screen.

Someone mentioned auto-facing… let’s not turn that off. It’s not fair without it. It needs to be improved like not to suddenly aim at the bunny going by while in combat.

By the way, stone daggers are OP.

Nah man autofacing and lock on need removed. People need to stop being lazy and use skill in PvP. Just doesnt make sense why they would buff lock on.

You say its slow but after the update it wont be it will be equal to non lock on and will have patched the issues youre talking about on console. And the issue with locking onto the wrong target isnt an issue on the game on pc just lock on and let go of aim analog and spam. Dagger spam with lock on is the new claws and its just terrible. Wouldnt be as bad if someone did that without lock on then it would be argueably more legitimate.

Lock on and auto facing dont need improved or buffed. It needs removed and make people actually play the game.

How does turning auto facing target off not the same as lock on but without the screen cap? Like it needs removed as well theyre the same thing

First realize there are turning issues when looking for a crossplay setup. You can turn faster with the lock-on off. You don’t need to waste time to mess with the camera position. Simply, the mouse has limited input. The mouse has the advantage of quick turns. The game controller has multiple inputs whereas the mouse has the keyboard bindings.

My vote is to keep.

Lock on and auto facing dont need improved or buffed. It needs removed and make people actually play the game.

Oh wow, did you just realize the advantages of KB + Mouse, lol?

Uh… my days of WASD games are over… lol?

I realized the disadvantages of a keyboard manifold. Have you tried to use the keyboard with a VR headset on? Oh, you just realized that.

Yes it works fine. I can type without looking at the keyboard. And the little bumbs on the J and F key help you too.

But: Can we play Conan in VR?

I wouldn’t recommend using the standard keyboard with the VR headset. I rather have the pad. 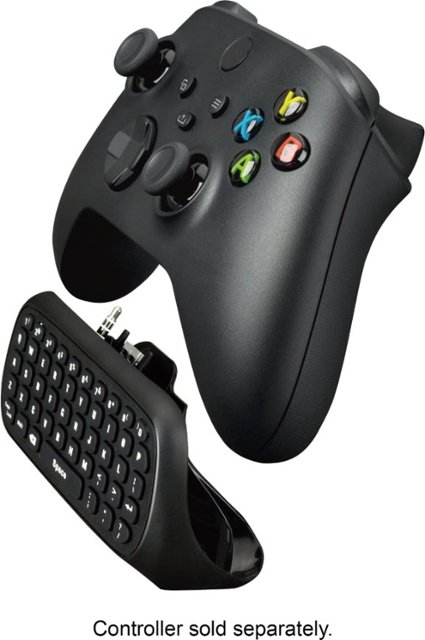 The game controller has multiple inputs whereas the mouse has the keyboard bindings.

I’m pretty certain my mouse has quite a few more buttons than your controller does. Its literally designed for games that have rows of hotkeys. Way in excess of what Conan Exiles has.

Now wait. We are moving the goal post. We need to focus. Getting good on keyboard and mouse you can be Monumentally better than any gamepad. I know from experience and testing of course.

EDIT: you mentioned turning and moving disadvantages with lock on. Those arent hard to remedy by just locking on and off repeatedly and or now with 3.0 the strafe speed is the exact same as the walking without lock on. They Buffed it. Not good for comp and fair pvp

Youre correct. Im glad you notice that not only that. BUT keyboard and mouse can have macros and scripts far superior thab gamepad

Conan in VR would be sick as hell dude.

Most CE players I know use controller style movement with keyboard+mouse setup.
You still keep agility and diverse amount oh bindings/keys you may use in PVP but gain way better movement than directional WASD and a free cam, so you can run away from someone and still keep your eyes on the enemy and even instantly attack them without turning back.

@Taemien I’ve tried one of those macro mouses as well as others, and I still prefer the gamepad.

I’m sure we are on the same page, at least.

Yeah we are somewhat on the same page i love gamepad because i grew up with it. But lock on has to go. And auto facing too. If they made the camera follow a target and not just let you auto aim or have aimbot essentially it would be fine but making a Sytem Aim for you is not okay for PvP. Again PvP needs skill for it to be fair and engaging. Lock on and auto facing attack needs to be removed all together this is my only gripe on 3.0 honestly

Yeah orbital movement is better on gamepad for sure no lie. But aim and multiple ways keybinds work and how much more versatile kbm is. Makes up for it. And you can still move similar with practice. But lock on and auto facing attack doesnt have anything to do with movement advantages and disadvantages of gamepad vs kbm really. Besides their buffing etc. Im hoping they remove it im praying for the removal of it.

Again PvP needs skill for it to be fair and engaging.

PvP needs more secure methods between client-end and server-end, but that’s complicated to fit into this discussion.

I suggest trying Robo Recall in the VR headset. It’s not just another FPS in VR. There is no lock on or auto aim. It’s just a comparison, but it is faster to show you that as an experience than for me to write a blog about this topic.

I’m surprised there is no other toggle besides the auto-facing one in the server settings.

I am saying it needs to be turned off for all players in PvP on official. Not jsut personal settings either

Do you think crossplay is fair for this? It won’t be the same skill set.

I use it to see if other player’s thralls are going to be easy or tough.