After engaging the Abyssal Remnant, you will lose aggro and the boss gains all health back. Follower cannot or will not attack it. It sits and stares at you as his health returns … then keeps staring. I was able to finally kill it by keeping aggro on it while jumping into the green goop, but it still took several rounds as he still got much of his health back. Friend on server same exact thing happend with him, the next day.

Same bug here. Here is a quick description of the problem.

1° entering the boss room with a friend.
2° go up
3° aggro one undead then kill.
4° go to the second one, then kill.
5° go to the boss platform, raise shield.
Result : the boss stay lmotionless. just loop in spitting annimation (but no spit at all) and the repeat.

Second test : same scenario, but we aggro the first undead then, go back down, kill the second undead and go to the boss. same result.

Interesting fact : if i enter godmode then jump on to the acid pool, at the bottom of the boss. he aggro me and do all his pattern normaly. If i exit the acid pool, then he glitch again.

We also tested again, this time no thrall…could not aggro boss at all, just sat and stared at us.

if an admin try to activate his godmode and go on top of boss, is it the same result as me? boss attack him normaly?

Ps4 user here! (I know I know… pc section but incase there a oddity not there)

For me, it’ll turn around. Its facing door you come. (lets say east)
I’m on stairs. (south)

Instead of turning face me, it’ll turn away then face west. (180)

Few times it fully agro’d, and worked. Few times it stared blankly to west… letting me kill it.

I actually havnt had it heal yet on ps4.

Second time I’ve had to come in to kill it. Each time it was outside the acid pit. This time well above melee range.

Apparently the Dregs Slug is force sensitive and in training? #DarthDreg anyone? 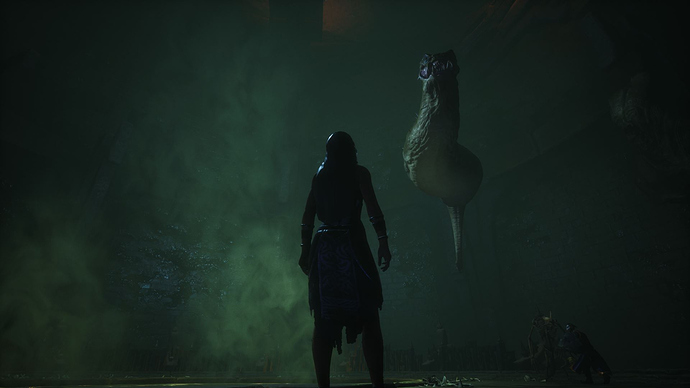 today i tried to kill this thing and had the same problem, it’s a modded server so i don’t know if the officials have it.
Even in its regular state, it’s kind off buggy, sometimes a thrall will get into the acid pool trying to melee it and when it launches at you gets dispaclaced and inclined, as result you see it jumping at you clipping thourgh the ground or floating in the air.

Thanks for the feedback, it’s been relayed to our team.

Being regularly reported by players on official server #1950 PvE too.

I finally got around to testing this one for myself. Can confirm Abysmal Remnant will not agro. PC Soloplay, did not bring a follower with me. Dumped about 150 Ymir arrows into him before I gave up and left the dungeon.

Been trying to go and hunt the abysmal remnant twice and both times, the boss hp just regen back to full health after losing around 5% hp. It doesnt spit or show aggro towards me(doing it solo with a bow at online server) Are we going to be able to see some fix to this issue?

Anw this bug started after the latest upgrade with the new DLC and pet system in. So yeah…

I could pass it without problem, I should keep trying to see the problem and so report it with a video

After some troubleshooting for an unrelated issue, I think I have learned a bit more about this bug. I was finally able to draw its aggro once by getting dangerously close to the acid pool. He attacked me with the poison spitball once, causing me to be out of range and he dropped aggro. On subsequent attempts to aggro him, I swam in the acid pool. This did gain aggro (and hurt very badly), but only while I was in the pool. As soon as I returned to the battle stage, he dropped aggro and healed again. I suspect the reason for this bug has something to do with his leash radius, or whatever it’s called. The proximity required to hold his aggro seems to be inside the acid pool, resulting in a stalemate.

Go to the dregs to fight the Abysmal Remnant, he does not engage at all, he stands on his tail it seems and just watches you, he never engages. 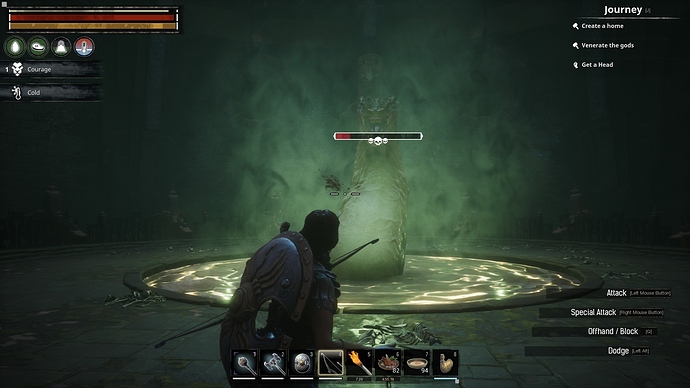 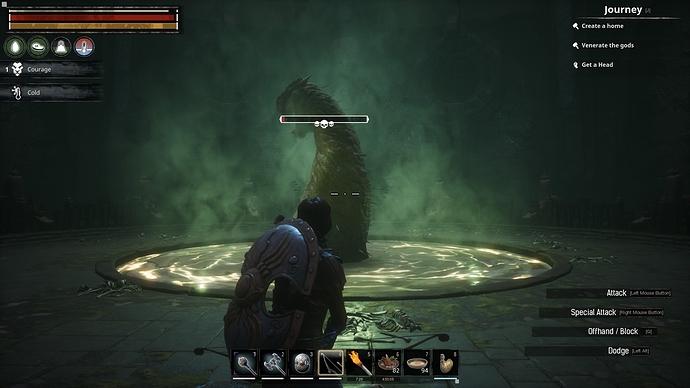 Can confirm too, neither did the thing spit on me, nor was it trying to slam me when I went inside its range in the circle.

Just wanted to chime in that I’m having the same issue, seen on official PvE-C server within the last hour. Got to the boss, it stared at me & my friend and regened any damage I did to it while looking at us with vague disinterest