Ban/Suspension shouldnt be as easy

They didn’t confirm lance “one shots” for several months.
But here we are with a confirmed fix in 3.0 coming our way.
It’s just a matter of time.

Here in the forum? Yes. It’s you and what, five or six more people complaining? At least complaining regularly. Am I wrong?

People keep getting banned and showing up on the forums all the time. A fraction of them will get their thread locked almost immediately by writing a post full of insults, sometimes accompanied by swearing, so you won’t even see them.

Of the rest, a non-trivial portion ends up revealing that they did, in fact, break the rules and they were either aware of it but thought they should get away with it, or they were aware of what they were doing but didn’t think they were breaking the rules because they’re used to playing the old way.

The rest are people who truly don’t know what went wrong. Most of them assume they didn’t break any rules because they only read the canned message you get when you’re banned (e.g. “abuse of land claim”) and jumped to a conclusion about what that’s supposed to mean without even trying to get more info via Zendesk.

Those who do try to get that information often end up with an answer that doesn’t explain enough, so they still don’t know what went wrong and might end up making the same mistake when (if?) they go back to the official servers.

From there on, the same handful of people will jump on the thread and repeat the same discussion you can see on each and every one of them. A few of them argue in a civil and reasonable manner, like @Boobie and @Kikigirl, and I respect them a lot for that. A lot of the rest are there simply to push whatever grudge they hold and nothing you say to them will ever matter.

All in all, there really is a problem with the rules and how they’re handled, but there’s really not much point in arguing with people as long as they’re not asking for crap like building limits, or complete reversal of the rules.

Maybe, just maybe they know the actual data. And arguing with this forum is futile and wastes their time based on how it really is affecting the player base…

That was also my opinion with New World - Amazon. “They have the real data, there must be a very clear administrative strategy that justifies ignoring the community.” After a few months, following through with inflexible conduct/lack of communication - and losing their player base, AGS went back and implemented many of the community’s requests (in time to save your game or not). It became clear to me that even with access to data, with teams worth thousands of dollars, it’s still possible to make bad choices.

So I disagree, because talking to those who help keep your product on the market cannot be considered a WASTE OF TIME. Unfortunately, it seems that FC lives under the illusion that it is solely responsible for the Conan Exiles fan base. But much of the success of this game is also linked to the community itself, especially the MODS developers.

So for ME, FC doesn’t respect its community. Because if you HAVE TIME to interact with threads like this I literally joined the forums with the main purpose of sharing this abomination /47, you should also TAKE THE TIME to discuss this matter!

It became clear to me that even with access to data, with teams worth thousands of dollars, it’s still possible to make bad choices.

It’s also true that discerning those bad choices from the data takes time. Data isn’t magic – you need lots of it before you can even start analyzing it, and the analysis is never trivial. Then you have to figure out how to fix it. Then you often have to convince someone higher up the food chain to approve that.

It’s also especially true that the development effort and time of correcting those bad choices is rarely what the players expect it to be. The players’ expectations and the way they communicate them to the devs often remind me of that Billy Connolly skit: 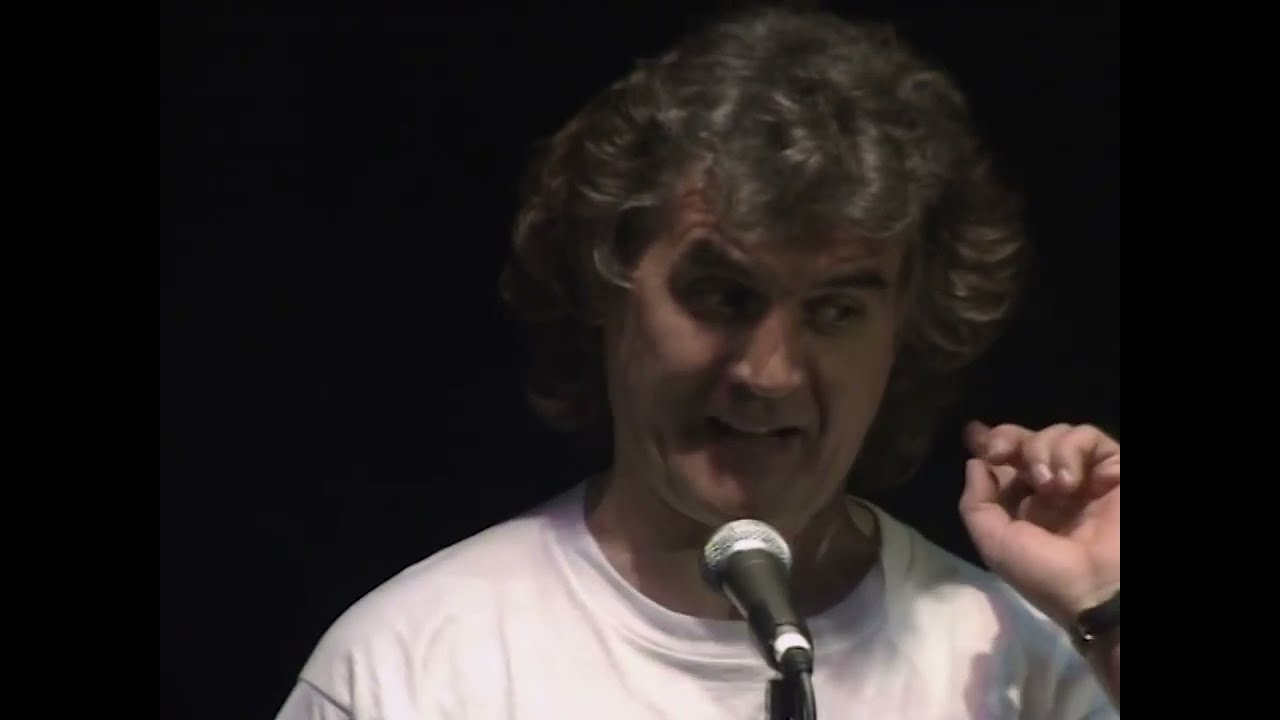 So I disagree, because talking to those who help keep your product on the market cannot be considered a WASTE OF TIME.

Look around the forums. Of course it’s a waste of time trying to have a conversation with everyone here at once. Even if you set aside all the vitriol and the name-calling and the entitlement and the lack of basic civility, there’s still the fact that 9 times out of 10 the people who yell the most stridently about a supposed problem can’t even agree on what the problem is.

Every single discussion I’ve ever seen about alleged PVP imbalances has had a bunch of people furiously agreeing that there’s a problem. And every single time people persisted in asking the PVP players to describe what the problem was, the discussion ended up in serious disagreement between those same PVP players. Dodge rolls, lances, daggers, unraidable bases – you name it, it’s “killing PVP” when the discussion starts and yet nobody can agree what the problem is by the time the thread winds down.

The community managers aren’t really here to have a conversation with us. They’re here to collect feedback and keep both sides (i.e. the players and the devs) informed. When there’s information to communicate, they do so. When there isn’t, they don’t.

When they can, they engage with us. And yes, sometimes it will be on a trivial, fun thread like the “abomination thread”. If you think that is a sign of disrespect, you need to chill.

For a pretty good recap of what Funcom staff is supposed to do on these forums, take a look at @Rollotomozi’s thread here:

The Purpose of the Forums and Forum Staff General Discussion

Greetings I had a bit of a meltdown on the forum a year ago, when I became very frustrated about what I perceived as the lack of engagement and communication from Staff regarding various issues that were being reported by the Playerbase. I ultimately gained a better perspective of the purpose of the Forums, and respect for the Forum Staff in the forum discussion that followed. I thought it would be helpful to share some of the more impactful statements here in order to give users of this foru…

I understand your point of view @Code - and I respect it very much. My opinion of FC conduct is based on years of following this forum, the topic cited was just a note. In addition, I also understand all the challenges of data analysis, hierarchy and roles performed by the administrators of this forum.

So, if the functions performed by administrators do not comprise a more direct interaction with the community, perhaps the time has come for FC to understand that forming a team for this purpose is necessary.

I like this game as much as you do, and I believe a lot of the authors of these threads do too. So in the end, what everyone is trying to say is “Hey FC, something strange is happening here, can we talk?”

+1 to all of that. Great responses. And 100% accurate from where I am sitting.

Going through twitter, facebook, here… most of the comments are just bile puked out and so many times you can’t even get people who are yelling there are problems to agree what those problems are. They are often problems… TO THEM.

the discussion ended up in serious disagreement between those same PVP players.

Heck I still didn’t get a consistent answer to what PVP means. According to the server settings, it’s just PVE-C with more risks but heaven help you if you make that known.

Yes cm does PvE C and you are right it’s player damage but no building damage. Unfortunately that doesn’t protect you from poison arrows and other area affect damage… including explosive.

Still, seems safer than having your walls destroyed…

Meh…im already looking at my place thinking I need a change in scenery. Walls in this game are designed to go down. Why deny their destiny?

Negatives will alwyas be the loudest squeek. To counter, should everyone who has not been banned post so we can woegh posts as a data point. Or are we just seeingvthe normal human trait, satisfied keep quite?

To counter, should everyone who has not been banned post so we can woegh posts as a data point.

Depends if you are talking about active players on official pvp servers or the ones who left the game due to this. I think the amount of players who have been banned under the new rules would surprise you. We are just a very small amount of people who decide to come to the forums. The stigma with the forums is pro pve so I’m not to surprised you don’t see more pvpers here. Although you should already know that

To counter, should everyone who has not been banned post so we can woegh posts as a data point.

Individually? I hope not

We are just a very small amount of people who decide to come to the forums.

The PVE players who post on the forums are also a small fraction of the PVE community.

The stigma with the forums is pro pve so I’m not to surprised you don’t see more pvpers here.

The least said about this the better, but I’ll just point out that if one part of the community spends years teaching the rest that the only way to go is to be derisive and yell really loud, they can’t complain when the rest of the community takes these lessons to heart.

We are just a very small amount of people who decide to come to the forums.

The PVE players who post on the forums are also a small fraction of the PVE community.

Referring to players that have been effected by the reporting.

The stigma with the forums is pro pve

I didn’t know it was mutually exclusive. No the reason for the lack of pvpers is the downgrade of PvP play to ‘broh’. Whether anyone wants to admit it or not, the state of PvP rests solely on this current majority of players who believe pvp is just grieving other players. Half of them can’t even tell you what “gg” used to mean and believe it to mean “no offense”

Take it how you want I’m just telling you how it is. Gg went out the door when reporting became the norm and so many hacks that kill the game still exist.

I’ve had a few recent engagements with equally skilled and geared players ending in GG. It was nice. An acknowledgement of the experience and respect for each other.

The rest are a mixed bag. Like a new player to a server getting angry they get steamrolled after their first strike… then complain you have too much power? Or the ones that think you’re hacking because they lost… very common and is much of just lack of game sense. If they’re in the know then comes the threats of reporting.

They’re here to collect feedback and keep both sides (i.e. the players and the devs) informed. When there’s information to communicate, they do so. When there isn’t, they don’t.

It’s been almost a year , since this type of thread startint to show up , 4 months after the last time they said anything about zendesk meta) just wanted to put a time stamp , so people can realize for how long they have been anilyzing the data (in the case they are doing it)