Is anyone having issues with that, I know its a little bit awkward. The game itself have a jiggle physics but every time I sprint, duck or do any action except for walking the J.P gets bugged and instead of the smoth animation it just bugs and then it stops doing the animation. As I said its very awkward but it is something that is on the game, and sooner or latter someone would comment something like this

This has been brought up a few times, it’s a known bug across all platforms, and seems to have multiple causes. It’s actually been a bug since launch if I recall.

Damn, I hope they can fix it. Small things like this can be a trigger to make funcom look bad, just like every error in fallout 76

Thief armor makes you forget all about those irregularities. 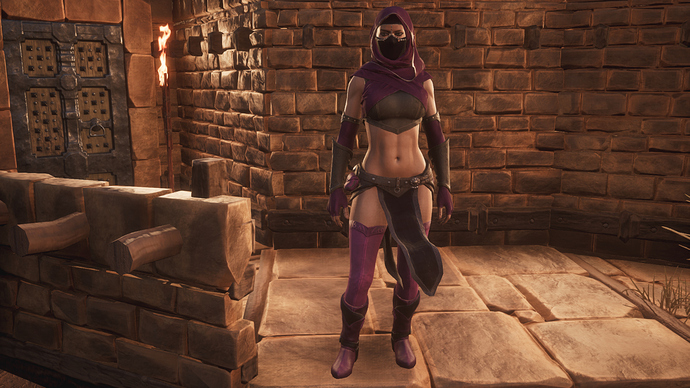 This is dire and needs to be fixed!

The thief armor is good, but I like more strong armors

We’re aware of some issues with physics in characters, including breasts, and our team is looking into it.
It is also available in our Trello board for voting.
Thanks for your feedback.