After 3.1 update, the terrain that I build foundations on disappeared on this and the other side of the cliff. This is on the south side of Carver’s Crest.

Also, there was a tree when I put this tree foundation here. 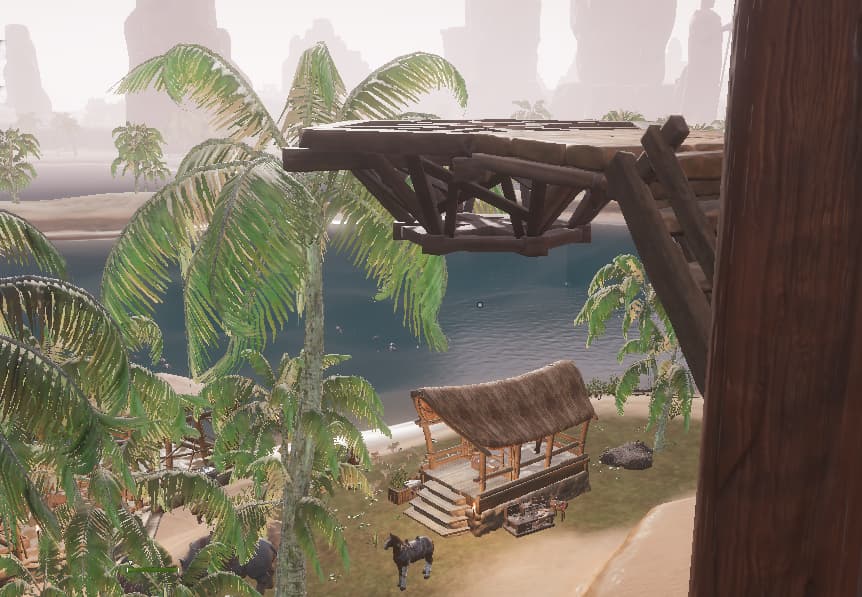 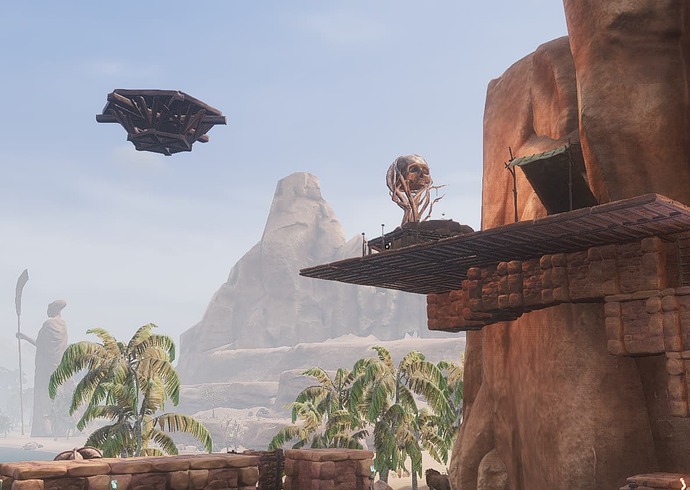 This is the release version. I had constructed a foundation in a tree in nearly the same place, south of carver. The tree is missing now, though the cliffs around my foundations are still there.

It looks to me that the foliage eraser was in fact the destroyer of meshes afterall.

If those trees and rocks were placed using the foliage tool in UE4, it explains why this is happening.

Ive had this happen too. It seems to be specific locations that are bugged. 2 that I’ve been able to reproduce are at the base of the tower of bats just below the small dafari camp and another on the plateu just opposite the entrance to sinners refuge. Both are similar in that in both cases the bug seems to occur when wedge foundations are placed on certain non gatherable assets… i.e. this wasnt a rock someone can hit with a pick.

However the first instance at tower of bats I noticed the first time I logged onto the server after the 3.0 update went live, this is a pre 3.0 server and the building in this spot was built before 3.0. I built in the exact same location in single player during test live and this bug was not present at that time.

In the second instance I conducted a test today where I placed 3 foundations and said rock dissapeared as soon as the third foundation was placed.

Here are screen shots of both locations. 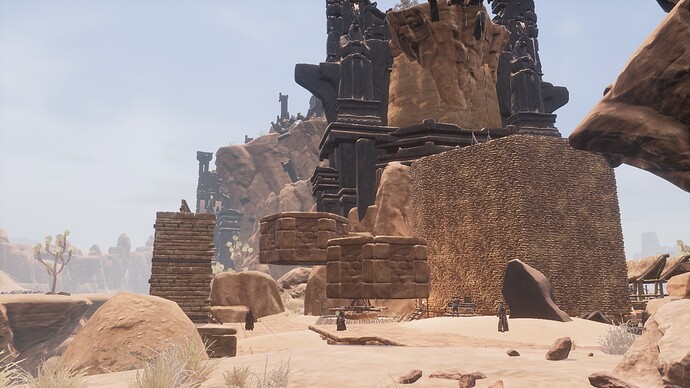 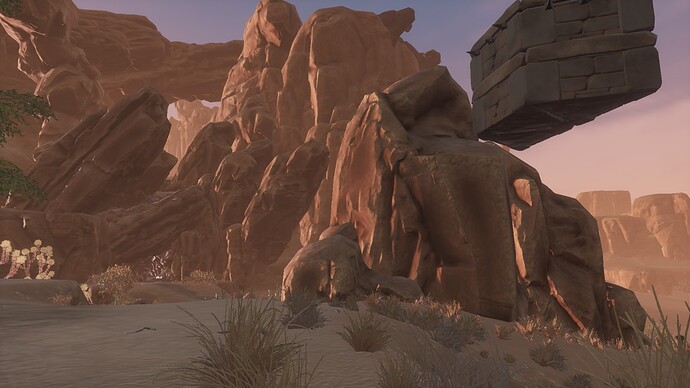