Cannot enter any server. Not even solo. Totally gamebroken

Same here. US east coast on official servers US

I am logging in soon east coast.

This is a mistake after a software update, because of it, everything was pulled out of my machines))

Yeah after ps4 software uppdate i am unable to play the game at all. My houses will be lost :'c

And cancle decay time too!

We have been on 5 server’s today including a European server no problem logging into them spent most my time in base overencumbered so can’t say about running around.

Well happy for you i guess… its just that you seem to think that knowing one person can play would help us with this issue? I mean im not joking, i cant even go into solo mode without having a loading screen for ages that just always ends like this since of the ps4 update… 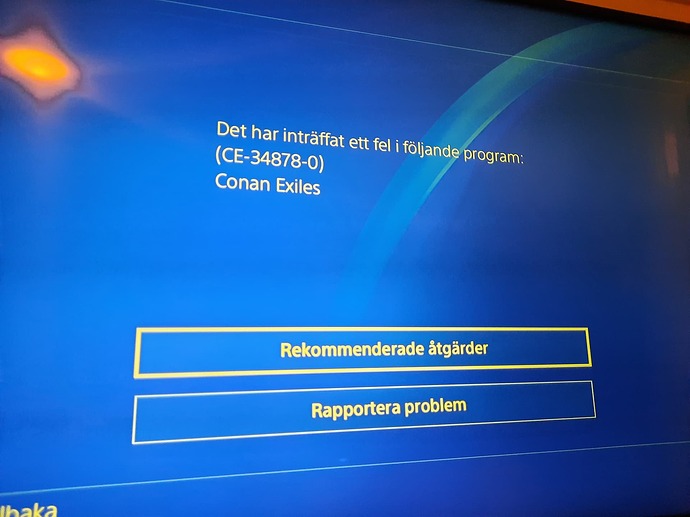 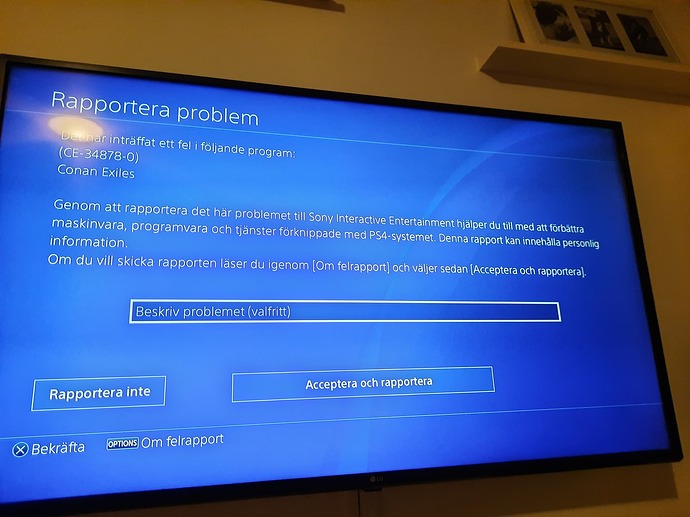 Was not trying to be rude and I wish there was something to tell you about a fix. @Community any suggestions? From what I have read on the Forum today this is happening to people in multiple regions

I understand and didnt mean to be rude either. Its just that it seems to be an issue affecting many and also other platforms. But the fact that i cant even play in solo is so frustrating. I mean i have a game thats compleetly unplayable and above that renting a server too that i cannot use. And also sad that i will loose everything i own in the official server.

I just want to get an answer from them that they are going to fix it and mabye not make it worse.

I’m having the same problem

Understand this is completely screwed up I through out a shout to @Community. If you decide to make more posts put in ps4 bug reports admin will see it there sooner

Nvmd i fixed it myself

For me this did the trick
Start the ps4 then remove the cord to the external harddrive/storage disk, wait a few seconds and reconnect it. You will get a warning but also promt to repair it. After doing this the game worked again for both me and my wife

This great to hear . Hopefully others will see this . Beneficial to the community.

We have been facing the same issue on LATAM official server for almost a week now (Can't connect to 1977 for days. Where are the developers?), requesting support with no success. Even at the beginning of the problem, our topics were being closed and we were being redirected to Zendesk, where our reports were being closed and marked as resolved.

So I found this thread from 2021: The Never Ending "Loading Screen" Story where people had to accumulate several threads and around 750 comments on a mega-topic to get the attention of the developers.

Although the problem with the 1977 is from the PC, the solution may not be that far off.

Same issue for me
Its really frustrating
Bring back the days of going to a shop and buying a game to take home to play, if it doesn’t work atleast you can take it straight back instead of waiting to hear back from a faceless company

Have you tried @Nakari95 solution

Nvmd i fixed it myself

For me this did the trick
Start the ps4 then remove the cord to the external harddrive/storage disk, wait a few seconds and reconnect it. You will get a warning but also promt to repair it. After doing this the game worked again for both me and my wife

In the worst case, the external HDD could be destroyed

Its is a risk yeah but for me this isnt an issue as i have more than one external hdd
But could work i think with just starting the ps4 with it unconnected and then connect it when the console have started fully. Usure if that works but should still get the console to reload everything the same way