Can't connect to 1977 for days. Where are the developers?

We have been for four days, heading to the fifth, unable to connect to server 1977 (which is online). The issue has been reported hourly by the various players playing on this server. So far, absolutely NO response on the issue, not a single update. In the meantime, threads asking for clarification and reporting the issue are being CLOSED, while the issue persists and no information is passed to us. It is worth mentioning that this is the ONLY OFFICIAL PVE-C SERVER AVAILABLE FOR LATIN AMERICA. So, please, treat your customers with dignity (yes, we PURCHASED the game expecting it to work properly) and at least tell us that you’re aware of the problem and working on a solution, rather than just telling us we’re in the wrong place.

Its baffling they are simply ignoring the only server for latam

The problem persists, no response so far, at any moment someone will come to close the topic. Excellent service.

same thing here, me and my brother no access to server 1977 for two days

Same here. A few more days it will become a wipe.

Why are you unable to connect? I just tested and was able to join the server. The ping was over 200 because im in the US, but I just clicked direct connect at the bottom of the server list screen and typed the address in the box: 92.38.151.73:28200

There was 2 other people online. Seems fine to me

Some people may logged at the morning, after the server restarts it normalizes then some hours later anyone who tries to connect at least using steam, get stuck on an infinite loading screen.

The loading screen slowly goes to its limit and nothing happens, it just freezes. Usually the loading screen is fast (and doesn’t freeze at the end of course). Unfortunately it’s not just me, basically all players on the server have this problem. Interestingly, a few people are able to connect, so we know that the server is not offline, which considerably worsens the situation. For the Latin America region, we only have two official servers for PVE-C, one for Exiled Lands and one for Isle of Siptah, the people who bought Siptah are meeting on this other server while waiting for a solution

So, the priority for support is on matters like MODS, while we can’t connect for consecutive days on OFFICIAL servers that are UNIQUE TO OUR REGION.

So far, the only response we’ve gotten is that this kind of help request is not accepted on the forum. Nice.

Unable to connect to Live services no idea whats up was working now not.
When I was in game was in mild unplayable state thralls not fighting NPC just standing there a general mess. 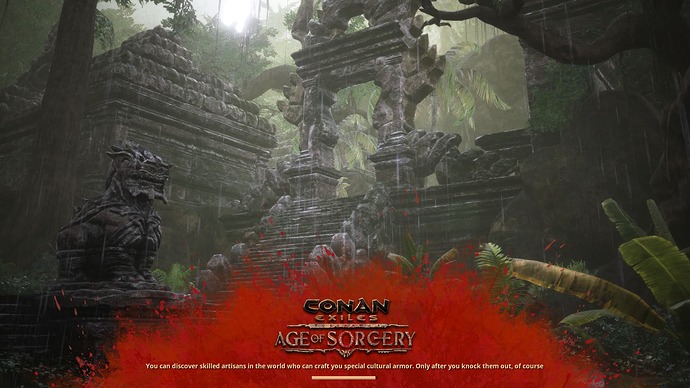 Honestly, I no longer believe that anything will be done, in the best case scenario, this problem will only be fixed when the free to play period is over. And the decay counter will be our responsibility…

Apparently we will be ignored on the forum, I kindly ask everyone who has the time to make a complaint through this link:

Keep commenting on this topic, if you can, maybe we’ll get some attention and hopefully the server will return by next Monday…

im reporting in zendesk every day, all day the same default response. How funcom expect we spent money in their games if they offer 0 support, only thing they are fast is to ban people to free space for newcomers, i imagine that you have a problem like buying crom coins and getting nothing we will never able to get assistance or money back