We know the game has a lot of issues, bugs and things that affects server and client performance.
If Unreal version is changed, maybe some of this issues can be resolved?
I’m not a programmer, so i’m just asking it here as a newbie.

This other survival game did this today: 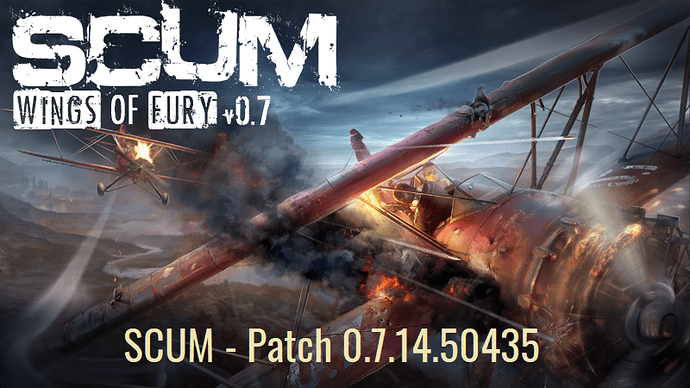 Inb4 multigun types up a massive textwall on why this cannot be.

They’ve changed too much of the engine’s core functionality to slap an upgrade on to it. They’d have to rewrite large portions of the entire game

As the others have said, they flat out said no way here at this time. I would imagine Dune will be UR5 and after that they may be ready to go after the CE successor but too much invested in UR4 and not enough potential meat left on the bone for the pain of an upgrade.

If Unreal version is changed, maybe some of this issues can be resolved?

Its a good thought, but unfortunately, its not something feasible for a game several years old; its just too much work for a relatively “old” game. However, UE5 might very well be a good engine for Conan Exiles 2 in the future (several years from now). So, not now, but maybe in the next version of Conan.

How about a copy and paste

Per the last dev stream. Its time stamped if you want to click on the link and listen to Dennis explain it yourself. While this is regards to UE5, it still applies to UE4 versions. They are able to backport some things to various degrees (not all things), and they have done so already. But you will not be seeing anything beyond 4.15

Short answer: No. Not happening. No, it’s not easy. Still no. And no.

Long answer: The history of Unreal Engine, the UE3, UE4, UE5, those are the massive iterations in the fundamental structure of unreal changes where you are literally working with a different product. Unreal 3 is entirely separate from what Unreal 4 is. While Unreal 4’s foundation was built upon Unreal 3, their systems work architecturally differently.

Unreal Engine has different revision numbers, such as 4.5, 4.6, 4.25, etc. Those revision versions are similar, and they do get minor changes like performance upgrades, new tools to make new content, (which is often some of the biggest changes to Unreal Engine versions in that they offer things like new VFX tools or new animation tools, etc). Dennis says that by and large, those don’t affect things a ton in terms of delivering a fun game like Conan Exiles.

Conan Exiles was made in engine version 4.15, which is around 5 years old (it came out in February of 2017). When they started working on Conan Exiles, they had to do significant modifications to get it to work with their internal back end to get it to do everything that they needed. From character creation to server communication and many other systems. All those modifications have essentially locked them into Unreal Engine 4.15.

What they are able to do is take features from newer versions of Unreal and back port them to their Unreal Engine version of 4.15. Dennis made this clear, Conan Exiles will never be anything other than Unreal Engine 4.15 with heavy modifications. It is no longer possible to take the project, right click “Update Engine” and Select Unreal Engine 5.0. It is simply not that easy. Even if they tried, it would generate months of backlog work updating systems that they created for 4.15 to work with the changes that have happened to Unreal Engine 5.0

Once again, Dennis makes it clear. Conan Exiles will never be using Unreal Engine 5. As previously mentioned, they can take performance increases or specific tools and backport those to their version of Unreal Engine 4.15. Now if they ever decide to make something like a Conan Exiles 2, yes they will use whatever the most recent version of Unreal is available at the time.

thanks man!
I didn’t do my job of searching the forum for old posts. lol ^^

IF upgrading the game to be on UE 4.27, what benefits should be received anyway?

I am not sure. Although some of the newer Unreal Engines are imported into the CE engine as noted in the dev stream. IoS uses those newer features although I am unable to quote any unfortunately.

All the benefits that Fortnite got

I read about this somewhere.

But you see the graphics difference between PC and Console, game looks beautiful even on medium settings compared to Console.

Also when you point at, lets say a chest with a few stuff inside, the game freeze for a couple seconds on console (PS5), this doesn’t happen on my 5 years old PC that was already mid grade in 2017.

They might not be able to move the game to UE5 but I think the performance and graphics can be improved a bit on the new consoles.

Or is a 5 years old pc better than the new gen consoles?

Uuh?? How is your PS5 better than mine? I don’t get it lol. Because it sure doesn’t run “beautifully” with the graphics rendering every time you look around and the missing foliage/grass.
Have you seen the game on PC? Even medium settings is amazing.

So you didn’t read the text wall

Nope, though im pretty sure ive read it before. Things that say never in gaming happen all the time

I haven’t been able to test it myself due to large download, but streamers are showing demonstrable multiplayer benefits. Town stutter and lag issues have been solved, as have “base-based FPS drop.”

From my own experience with unreal and upgrading engines… upgrading from their version to 5 would not be an upgrade of an engine.

They’d be rewriting the game. It would effectively be the sequel. You could mostly rewrite the entire game in UE5 faster than it would take to port the game to 5 and then have to go one by one through all of the issues and breakages.

Funcom: We are not going to upgrade from UE 4.15 at any point in time for Conan Exiles. We can backport features from newer engine versions, have done so already, and will do so again as necessary.

Players: Cool cool…So When you going to update the engine?

This is one of many reasons why its so frustrating to talk about game dev topics with this community.

Maybe so, its not like it hasnt been done before, and alot of the issues that usually trigger this question have not been fixed, im not gonna go pulling out examples and all that over this thread i dont really care that much. But i will say im sorry my wishful thinking offends you

But i will say im sorry my wishful thinking offends you

Your wishful thinking is that. You blatantly ignore an explanation grounded in reality in favor of continuing a fantasy that cannot and will not come to pass