Funcom Steam Summer Sale
Conan Exiles is on sale on Steam, up to 60% off on game, DLCs and bundles until July 9:

All other games’ deals can be found below:

Conan Exiles is coming to the Epic Games Store

The Epic Games Store team has decided that Conan Exiles will not be free, but will be available for purchase on the store at a later date.

The Epic Games Store release will be accompanied by a sale July 2 - July 9. The Standard Edition will be free, DLC and bundle offers are currently unknown. 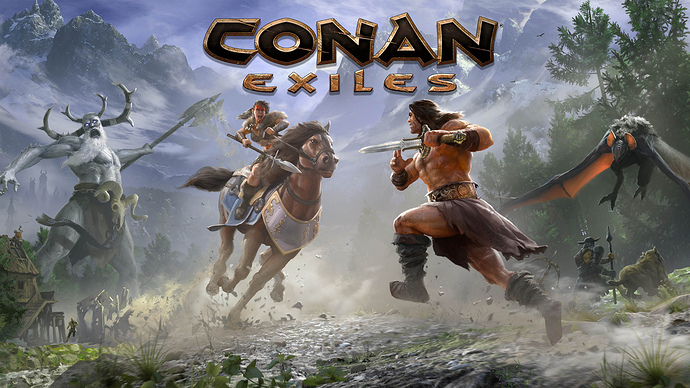 Download and play Conan Exiles at the Epic Games Store. Check for platform availability and price!

A nod to this was made on social media as well:

And yes, crossplay will be possible between the platforms. 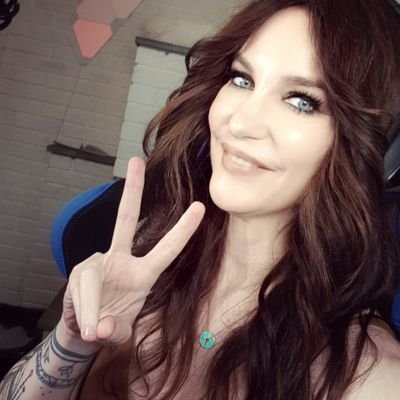 @Tascharoe
@Jade_Playsgames @ComplexMinded @NotDollie Crossplay between steam and EGS players will be possible with the EGS launch :)

The DevKit patch notes given prior to the update which introduced Funcom Live Services also hinted at this.

Note: Offers (%) depend on currency. Free games on Epic can be kept after a sale ends.
Be sure to check the System Requirements before buying a game.

All features will carry over on Epic Games Store. For modding support and details, see
https://forums.funcom.com/t/mod-support-and-details-for-the-epic-game-store/128431

6 Likes
Conan for free on Epic games launcher
Conan Exiles will be Free forever on Epic Store - July 2
Please, add Conan Exiles (Epic Games version) in GeForce Now (like as ARK before)
Funcom: Interviews, showcases and next gen console support - May 2020 (Updated December 17, 2020)
What all of this means for CE and FC - Is something really big coming up?
SindeeSyringe June 25, 2020, 8:10pm #2

whats the point in the steam sale if you can just get it free on epic.

So much about the tinfoil hats…

There are still people who don’t want to have anything to do with Epic…
Also there are those who doesn’t know and Funcom can profit from this, the more people are playing the more they will get to sell their new map

Also, considering this is an Unreal Engine game, and every last modder has to use the Epic Launcher to utilize the DevKit, it kinda makes sense for folks to actually be able to buy and install it from there as well from Steam.

So much about the tinfoil hats…

They aren’t going to move it off Steam. Come on.

I did not write they move it off Steam. I wrote:

‘‘Steam users are left with a broken game and can move to Epic or stop playing the game.’’’

Next step: Stop support of the Steam Workshop (Mods).

I think my tinfoil hat is working pretty good until now

‘‘Steam users are left with a broken game and can move to Epic or stop playing the game.’’’

Next step: Stop support of the Steam Workshop (Mods).

They aren’t going to drop support for Steam, or mods either. It’s not even Tin foil hat, it’s just pure pushing false information.

the more they will get to sell their new map dlcs

New map has not been confirmed as a buy to play thing.
Also the game is not free yet. It will be starting 2nd of july and could have both season passes at a huge discount.

This is not true. At least not for all!
I’m playing on my private server and I have not more bugs (no game breaking or extreme annoying bug) as before the last big patch.

Support for external service providers like Battlemetrics is already broken

Many mods are already broken

I have over 50 mods on my server (a lot small one, but also bigger one, like “River boats”, Savage Steel" etc.). No problems rigth now.

Communication with developers (mods or service providers) is Zero. They do not even provide information about the new API.

How did you get this informations? Do you have contact to the devs or to the mod authors or the service providers (at least one)? Or is this pure speculation and in this case false information, too?

I don’t get it. Why do you have to turn really good news into a sad story about your broken expectations and limited understanding of IT things.

Battle metrics are not owned by Funcom. It’s not their responsibility to fix it.

Mods are not owned by Funcom. Modders should fix their own mods and make sure they’re up to date with latest Conan Exiles build.

The game is not broken. I’m playing right now and I’m having a blast. If there are any bugs, just report them and stop being an ■■■.

Communication with developers is done through patch notes. They have no obligation to provide info about the new API and they shouldn’t. It’s one of the reasons why Conan Exiles servers got so much DDoS attacks.

Funcom is literally giving the game for free and you’re here to complain.

You’re spreading negativity on purpose like someone paid you. And if that’s not the case, grow up.
Someone ban this user from the forums.

Yep, in agreement with all your points @mikelei - I have always been on private server #godcomplex

and apart from an issue at my host with an outdated port setting, hane been thoroughly enjoying the game. For many private servers, PIPPI is updating today around 13:00 BST (12:00 UTC+1 for heathens

) and that will address a number of admin-related items.

I also wish I had a clear connection with the devs, but I suspect the many restraining orders are still in place - besides, I have always found it better not to prod the Devs and just keep their fridges and food trays filled. Safer that way. (amen @GodlyVoice - and Respect in case it’s really You)

‘50 mods’?! How? I hope the victims on my servers do not read that - I have told them 22 mods is all they can have. I do not want to think about the fun and games you have post update/patch when they change.

I added all the £££ I have spent on game+DLCs. I have a little less than 6,000 hours gameplay in the game. I do not remember much of the gameplay being hateful - though the episode with the swarm of spiders was unsettling and we will not mention the Winecellar.

Occasionally (lots) I slip up and post a fault in a general forum and not in the clearly marked Fault Reporting Form. That is what they are there for and that’s the channel that gets to be reviewed and, if valid, fixed/tabled for review.

Oh, and if I get really annoyed, I have a foam club I can hit my PC with. The ‘foam’ part is important.

I’ve updated the thread with the rest of Funcom’s Steam Summer Sale deals and a note on feature support.

A mere 11 days ago twice as many people were playing, what happened ?

A mere 11 days ago twice as many people were playing, what happened ?

Can you link your source? I looked at the steam charts and I don’t see the average population being reduced by 50%.

if we go by the last 2 fridays we are bleeding about 2k players a week, of course we will see a massive upcoming bolster from the sale and free copies which really screws up the retention data.

The month’s average remain in the range 9-11k though. There are obviously highs and low. 14th is a sunday, it is normal to have more players. We have lost about 2k people but they usually return with the next content update.

You are using the monthly average in order to falsify a reality, this is the direct and obvious impact of the patches, given the free game on epic store will bolster the numbers the impact of these patches will only be felt by looking at the direct data of the current two weeks to look at a months average gives a false impression.

the retention rate and subsequent impact of the overall patch is not good as the numbers show, and people need only open their server list, if it is working to realise that obvious reality.

The last two updates were definitely rough but you are overreacting. The game is going to release on another platform. If it was dying why bother with all the changes. Again, I honestly don’t really care if the game has 10 or 14k players as long as the numbers are good enough for Funcom to continue working on it.

In addition, CE is not a new title. It is normal for the numbers to decline as the years go by and as evident from the charts the CE numbers have actually improved from 5k to 10k on average in the past months.