I think in Conan we see extremely far I would like have fog of war. That is equal ai interaction so you can’t snipe with bow arrow without running risk getting shot your self.

I’m gonna say no. The only fog in the game should be when trying to represent actual fog. Not some arbitrary means of making everybody nearsighted.

I do understand the point you’re trying to make though, but that’s more of an AI problem.

It’s more performance issue that unless you want pay prescription. Plus’s it’s fact that I can see player that 2 min away traveling is kinda far.

Performance issues is a separate matter entirely and one more related to your graphics hardware than anything. Ideally it shouldn’t be an issue at all, but unfortunately there’s a reason the render distance setting is a thing.

As far as travel time is concerned, I’ve got a pretty good view out my back window. I can look out there right now and see people in the distance that would take me a whole lot longer than two minutes to get to.

instead of fog of war, they need to make arrows range no more than 50 meters (Max aggro range for thralls). Hell, make it 30 and have special legendary ones that can get you 50.

Noooooooo!
That would look ultra-stupid in Conan. Fog of war is used primarly in strategic games. That is its place, not in first/third person games.
Imagine you are covered by pure blackness. Sounds fun, right?

I also represent the opinion of the members who say no.
It’s unnecessary and has no place in a survival game, we don’t play C&C or other strategy games, we play Conan Exiles!

I’m now really annoyed by this constantly having to repeat but what the heck.
Just because I love the community I like to do it again:

The fog of war only makes sense in strategy games, since the player shouldn’t see the entire map immediately, which would create a thrill.

In a survival/battle game, this would be a complete waste of processing power, and it would only be a drag over time.

Hell no. I’m playing Conan not league of legends

Despite the obvious fact that this is not a strategy game, this suggestion is also extremely narrow minded (thinking only of PvP), it would seriously screw things up for most PvE and RP players. Besides, let’s not forget, if you are close enough to see and shoot the enemy, then they are also close enough to see and shoot you, so explain why this is a problem for you.

Limiting the distance of arrows as @biggcane55 suggested is a decent idea and making legendary arrows have an increased range also has nice ring to it. Although perhaps 50 meters for crafted arrows and 75-100 meters for legendary (since they have to be farmed).

You can play Turok for that 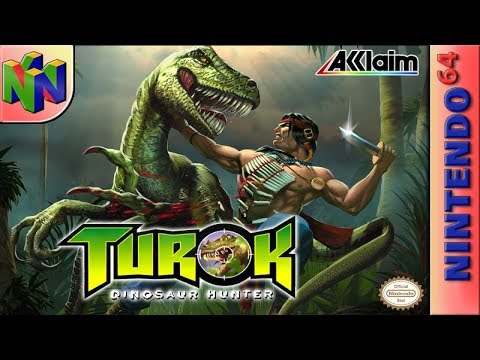 i agrre about no fog of war.

But if you read the posts, this to account for guarding thralls in base not reacting until you are 50m away, so you can stay just out of that range and snipe them with no recourse.

Being able to see someone a mile away and wondering if they have seen me is 25% of why I love this game.

I have always wondered why we start with an exposed map rather than one that gradually fills as we explore.

I support this for the roleplayers.

Dumped into the exile lands how come i can instantly see every place on the map? doesn’t fit the lore nor make sense. give us a fog of war for the true immersion

I can support that, but in combat I find a kind of fog of war pointless.

It’s useless if you shoot with a bow and at a certain distance there is a fog that covers something.

But if you read the posts

I did read all the posts

That is equal ai interaction

Is that what this

was supposed to mean? OP certainly could’ve been more clear that his concern was regarding the engagement distance of thralls guarding his bases.

I can see that now. I am still against fog of war for obvious reasons mentioned above but limiting the bow to 50 meters is too restrictive for all other modes and I disagree with that. EDIT: A range restriction is still a decent idea, just not as short ranged as 50 meters.

Revealing the map gradually as it is explored certainly should’ve been how it was done. People who feel the need to look stuff up would still be able to find a ‘revealed’ map online while allowing a sense of exploration to the rest of us. This is not the same as a fog of war though and will not change archery or thrall battles when raiding.

Before they add a fog of war , they should probably refine bows first , they still dont really feel all that satisfying to use. Personal opinion

I have always wondered why we start with an exposed map rather than one that gradually fills as we explore.

Dumped into the exile lands how come i can instantly see every place on the map? doesn’t fit the lore nor make sense. give us a fog of war for the true immersion

That’s not fog of war. Starting with a blank map and filling it in as you explore is just exploration. Fog of war is what happens when the map more or less goes blank again when you leave the area. It’s used to simulate the flow of battlefield information and uncertainty in a strategic setting. For example, you may know there’s a river to the east, but unless you’ve currently got scouts or other troops in the area you won’t know that the enemy is at this moment sending their troops across it.