To get back on the grinding part, removing RNG would resolve the whole problem.
But if that gets removed to what makes the items special since its fairly easy to get them if there’s no RNG.

Sorry about that, complaining about RNG is my hobby here

They don’t really have to completely get rid of RNG. Randomness is a useful tool, in moderation. But I won’t derail this thread with yet another rant about it.

I think the best server method would just be to cluster up servers, so 2 exiles maps an 2 siptah maps in a cluster, you can only transfer between those 4 maps, the maps still have a pop cap so it checks for a login as well.

Say theres a boat ride mechanic to transfer over an its a 6 hour window each time & when you leave your host server an travel to another it displays a server tag beside your name so any victims now what host server you come from.

They need to bring the maps together as the population is spread thin now, players should be able to transfer whats on your avatar an toolbar plus so many slots in Inventory.

I doubt they would go that far, prob just let you transfer a naked character over an thats it.

I believe you won’t transfer servers just maps like in World of Warcraft. Hop in a boat and sail between EL & IoS. Now all FC has to do is add the ship to ship combat element to make the Conan experience authentic.

Great for all the undermesh and hackers that have accumulated wealth… to take it to a new server to spread the sadness,

I believe you won’t transfer servers just maps like in World of Warcraft.

Server Nodes just like the other companies do it. Just like they do it with the secret world and age of conan.

In the live stream they spoke about character transfer you are correct . I love the element of surprise . Either way , since I am console player , hardcore pve lover , I will play Siptah at least 2 months solo barbaric mode . The idea of the new map , new healing system , new crafting benches , etc , is a fantastic opportunity to play the game I love fresh and difficult . For now my friend ,all I care is this new gaming experience and not the character transfer

. However , I would like to transfer things from the one map to the other , when I ’ ll go online again , it would be awesome .

I’m 99% sure i saw an official source that the devs said they want for players to have their characters to be able to freely swap between maps. Which made me think of each map being its own instance. Now that wasn’t a confirmation of items being able to transfer with you too. But being able to learn recipes that haven’t been placed in isle of siptah thats in exiled lands would be nice.

Its amusing hearing people say the transfer will be only the character, completely naked, with no resources. Why bother then? I can make a duplicate character on Siptah and level them up in a few days.

On the stream, Dennis Douthett indicated that they want players to travel back and forth between maps to collect feats and resources to craft. So it is intentional that Eldarium only exist on the Isle of Siptah and Khari steel, for example, only in the exile lands. So you will have to travel between the maps if you want to make certain things. At least that’s my take on what was said on the stream. Switching back and forth between the maps naked and without inventory actually makes no sense at all.

edit:
Sorry wrong timestamp
Here is the part from the livestream that I am referring to. 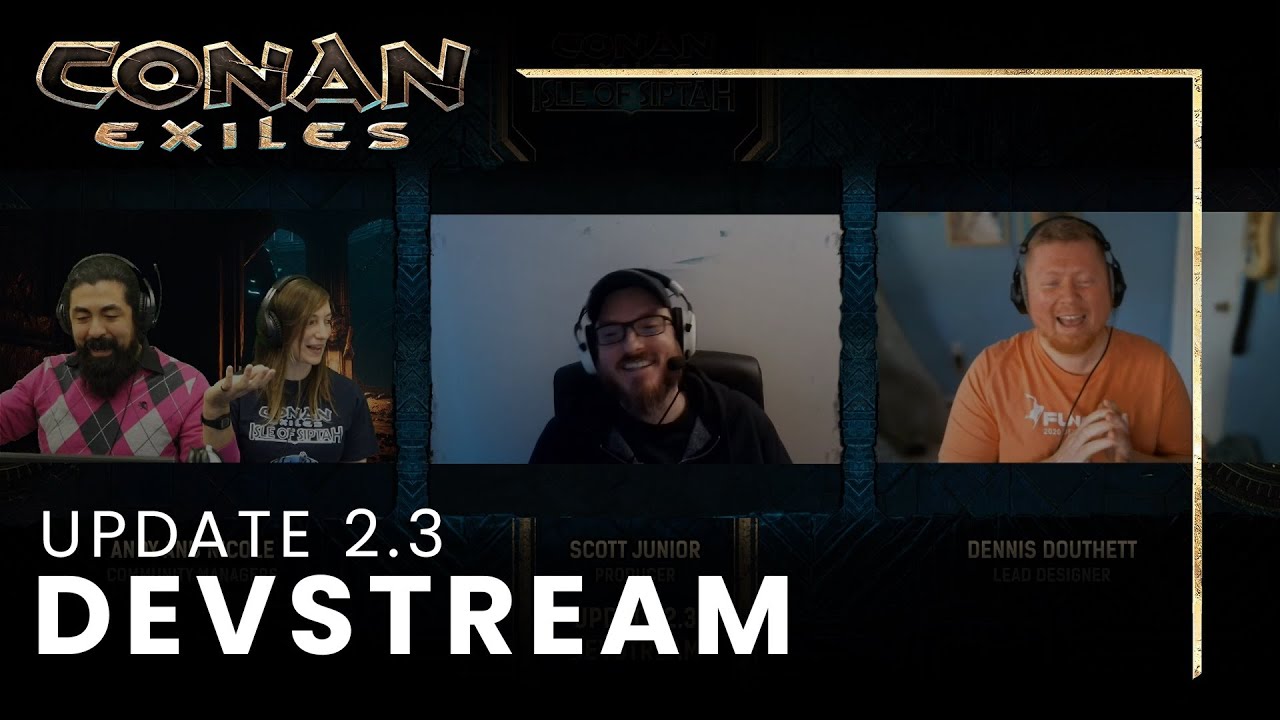