Two UI / HUD fixes that seem to have been missed, not game breaking but annoying especially the settings one.

Yet again the HUD status effects problem is still not fixed

Image below from Loading CE this morning after downloading the new update. 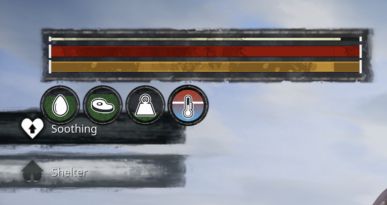 Hi @Darkspire, neither issue has been presented as fixed in the latest patch notes but, as they’ve already been reported and registered before, they will be addressed in future patches.

Greetings Exiles, We’re starting the year with a new patch focusing on bringing many fixes into the game, addressing exploits, general and UI issues among other things. We’re also laying down the first layer of quality fixes for NPCs and followers, which will be the focus for our next patch in a few weeks. [Conan Exiles January Patch] Thanks again for your ongoing support and feedback. [notes] [performance] Fixed an issue where some assets were taking up too much memory. Fixed a number …