Decay system out of control despite xmas increased decay!

They really need to do something about this decay system which is out of control.
I was it this base on the 24th december and today a huge part of this base has decayed despite the increased christmas decay timer.
Last I checked it all had 335 hours left and by checking the event log I can see it decayed on the 28th december which means less than 4 days after my last visit.

Sadly I am not alone, 1 other that I know of official pve 1013 has lost a lot of his base during christmas, decay timers suddenly going from full to decaying in just few days or hours!

These sudden decays have been a problem on our server for months now and I bet it is a problem on several other official server also - This needs to be a priority for the devs so we don’t lose the little regular players that still haven’t given up. 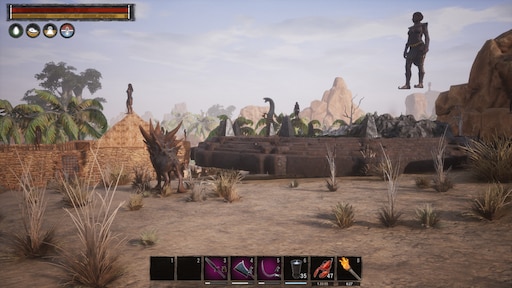 Steam Community :: Screenshot :: So much for increased decay timers during...

Steam Community: Conan Exiles. So much for increased decay timers during christmas, a huge chunk of my base decayed in less than 4 days :(

UPDATE:
Found another outpost that has decayed way shorter than a week during christmas.
Every saturday I go through all my outposts to reset the decay timer, so I know it isn’t because of me missing to visit them.
I’ve travelling around the server to see if others have been hit by sudden decay, but haven’t heard from others about such problems except the one I mentioned, however a lot of bases have disappeared during christmas, it may be just normal decay, but a lot of big and old bases have disappeared in just a few days

I can only find 4 lines about decay, I’ll post a screenshot showing it, what makes it weird is that this time is that everything on and inside the buildings is still there, floating…
The last time something like this happened it was the opposite, all buildings were intact but everything inside and on foundations had decayed according to the log, although that was an outpost somewhere else and happened right after the last major update.
I just talked to another guy on the server, he had also had weird decay during christmas, but luckily for him it was just a few foundations here and there, some of them he cannot replace because there are placeables in the way. 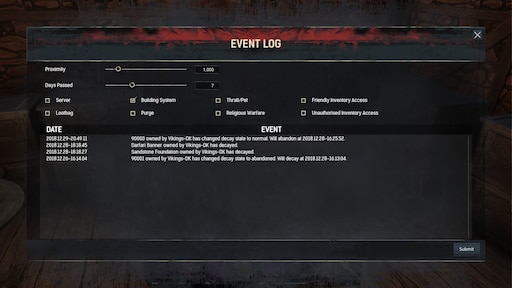 Steam Community :: Screenshot :: weird, after less than 4 days of absence