i don’t know how i did it but i saw it multile time.

After certain action (not sure about witchone), decey time incrise.

i m going to do other inside game thing, then comming back to my fondation and when
i watch again decay time it is now at 15h:35:min:15sec (counting down when watching it)

saw this behavior on a field of fondation : 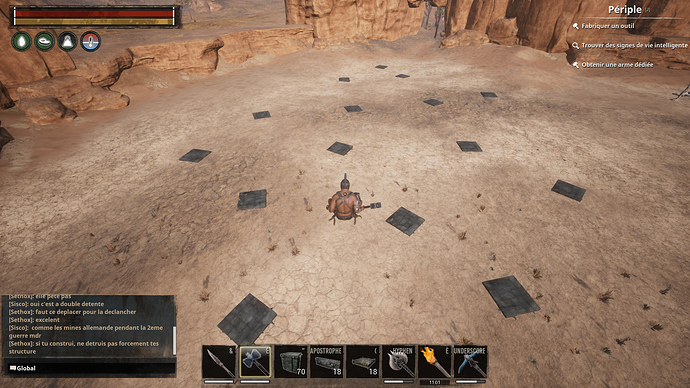 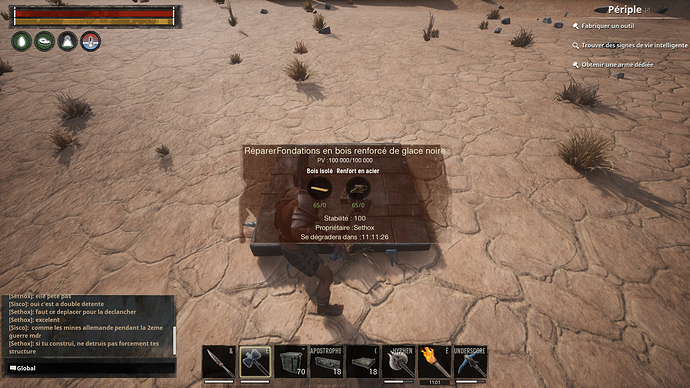 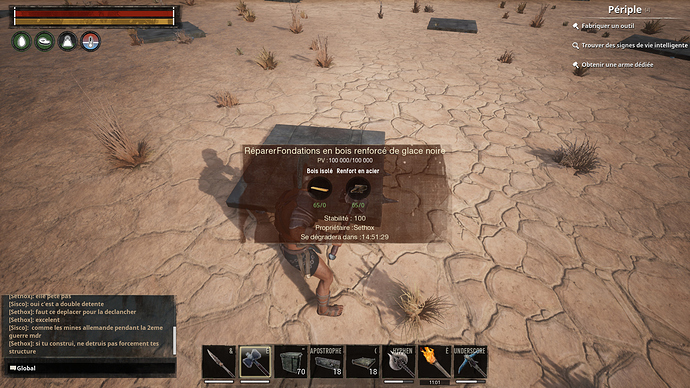 if at eatch server restart decay time incrise (did not confimr this yet), should we keep restarting them ?

by the way, what is the difference between :

i had them both in my setting file befor doing anything

uping thread because i don’t know if they saw it

i gess decay is not working as intented, or did not understand how it should work
as you can see 22h later and one server reboot timer lose only few hours 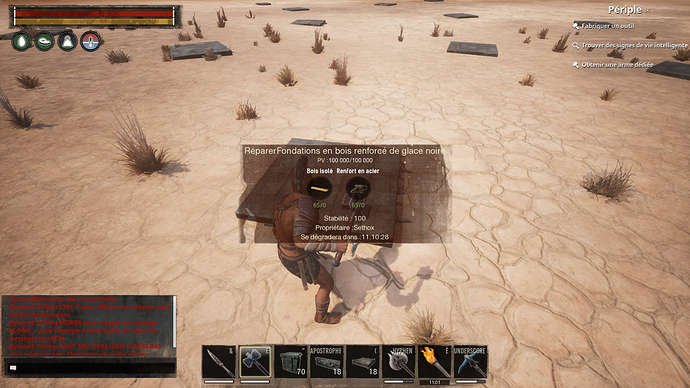 Okey did more test :
After server wipe
i did not toutch server setting
i put 1 T3 fondation
===> bug still happen

But now i know that you have nothing to do ti reproduce it.
Juste put 1 T3 black ice fondation
look after timer decay for over 5 min

try it on solo player and dedicated server

edit : so bad in spellingsorry xD

Okey, after yesterday wipe and tests (so less than 24h) 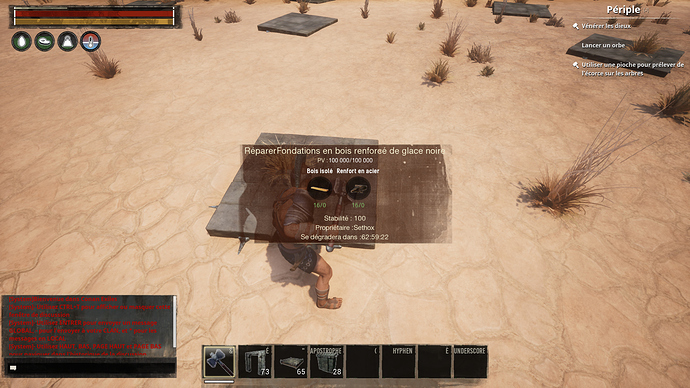 could be nice to know if i’m the only one to get this probleme.
is my setting doing this ?

This is not a bug. This is a struggle with those who love to block other people’s buildings, putting one block of the foundation. If there are no walls, doors, beds (that is, it is not a base), then the life time is set short. When next you put more elements of buildings - the time of life grows.

i don’t think you get what i mean.

instead of decreasing, decay timer increase, eatch minutes, decay timer get +10 min without putting enithing new near it or on it

at 1:04 you can see timer increase

Oh, im understand now. It is very strange. Near none of your clan built anything?

i was alone on server

only one fondation, nothing new near or on it, eatch minutes timer inscrease by 10 min

What you see is not what it is with the decay system. That timer has been bugged since they put it in, honestly.

strangly when i change decay setting it change this value, are you sure it’s not decay timer ? as it is write ?

It’s based on the decay timer system, but it’s not at all accurate. Think of it like “Microsoft Minutes”. It’s a widely innacurate estimate based on the “real” decay timer which is stored in the server, but gets lost in translation.

so witch setting i have to adjust to quickly decay little strucures ?

okey i know why this hapen.

EDIT : after goin to zero, fondation did not disaper and timer start again.
Is theyr a way to see, true decay timer ?

i fond it. finaly omg.

i find a way to see true decay timer with this setting :

okey after 4 day with this setting on a fresh new server.

only bug that still remain but not due to this setting is the fact that decay timer restart from begining when server is reboot.

So, as i reboot server every 6 hours, everything that got more than 6 hours of decay do not decay

with new decay setting you are releasing soon, i’m wonderring if we have to be carefull for thos who don’t run “normal” decay setting.

Any advise on what we should do ?