If anyone has the possibility, could you please test if the clan teleport is clan only indeed? During the testing phase, we could use all portals placed on the server from any clan.

Teleporters can be used by anyone - unless you protect them from other players.

Thank you for confirming, so the issue persists. Either it is a bug or the tooltip is misleading.

Its intended that other people can use your teleporter pad if its turned on. But its only you and your clan members who can turn it on

Its intended that other people can use your teleporter pad if its turned on.

How do you know that? Was it confirmed? The tooltip literally says your clan’s teleports: 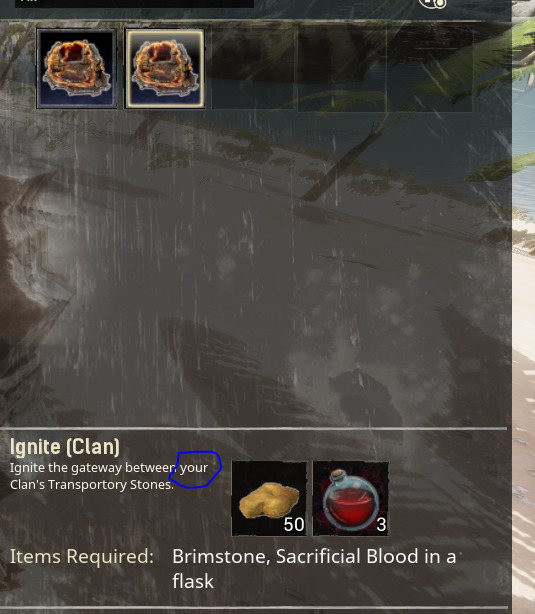 Sure it can be read that when I place it in links my teleport stones but there should be a setting for private and public use or at least something to indicate that everyone can use it once placed.

I see what you mean, and in-game description clearly show that its intended for clan only, but as far as I remember at the first demonstration of 3.0 at TwitchCon Andy said that everyone will be able to use your Clan teleport stonepads.

Edit. Obviously its subject to change so maybe they have changed it lately, but not yet implemented in build.

I think it’s a wordage issue. I believe by activating it for your clan that doesn’t lock it from being used by others; it just links it up to a network of portals set by your clan, that anyone who uses your portal can also use. Meaning you can have a closed network, but others can use this network if you don’t secure your portals

How do you turn it off if turning it on means it’s not secured. So if on isnt ideal, can I turn it off?

Actually is the silly thing able to be picked up?

Having private portals is going to be exploited in PvP so maybe this is why it was decided to make them public only. I think a simple change can make it more clear:

or something along the lines.

@erloh you can build it with the hammer so you can move it or dismantle it for full resources. There is an option to turn it off, yes but it requires 3 human sacrifices to reactivate it

Funcom already said they would be public. But as you can see its only clan members who can ignite the pad up. But All players can use it if ignited

Did you even see the dev streams? They’ve said anyone can use it so people put thralls or something beside them and don’t put them in a place where you can be raided

Its Clan only ? So someone outside your Clan use it to ignite its going to appear hes destinations(Clan ones)

Only the clan that placed it can turn it on or off but once it is on, everyone can teleport to the other connected stones.

So you can turn it off?

yes, it has ignite and extinguish option.

Well I am soooooo happy. My base spots are a beach to get to so having a method to transport to and from and secure it with deactivation…oh this is going to be fun. I can have a map room ready on the other end…

Last question…can these be placed underwater?

Ooo… Can you place an “exit” Portal upside down or at max angle to cause a person exiting to “slide” off to their death? (ie. A death trap exit portal for non-clan raiders)

Nope, neither in the low waters, but you can make it distant enough to cause the player using it to have 3 points health and 1 point stamina, the rest will be corrupted.