Yesterday I saw a Video on Youtube that featured the Khitan Armors and Weapons and i thought to my self: It would be damn cool to have this Khitan Berserker with 2 axes! First I looked the Items up on a database i found online. I even got a screenshot from it, but i can’t post it. Anyways, the database and the video clearly shows that the Khitan Javelin and Throwing Axe is or was in the Game. Before i went buying the DLC i casually went playing for some hours and figured out that those 2 weapons are not craftable anymore. They are also not appearing in the adminpanel.

Long story short: I decided against the purchase of this or any DLC. I don’t know why they got removed, since this 2 weapon types are still in the game and functional. Since they had been in the game at some point i also can’t understand why they should have been removed, since all the work (designing) is already done.

Another reason for me to not buy one of the DLC’s is the fact that there is no mid Tier version of the DLC armors and weapons. They all got around Iron quality, which is not needed anymore after like 5 hours of Gameplay.

I highly doubt that this post will get some way of attention of the Dev-Team, but i wanted to give it a try.

Have a nice day everybody!

2 weapons are not craftable anymore.

Yeah, it kinda looks like it was somewhat in the game, as the wiki pages exists (probably data-mined).

Because of their relative isolation beyond the Mountains of Night, the peoples of the West imagine Khitai as a peaceful nation, untouched by the chaotic wars that regularly engulf the kingdoms of the West. The reality is, however, that any country...

Because of their relative isolation beyond the Mountains of Night, the peoples of the West imagine Khitai as a peaceful nation, untouched by the chaotic wars that regularly engulf the kingdoms of the West. The reality is, however, that any country...

But on the overview of the Khitan DLC, you can see there isnt a throwing axe or javelin: 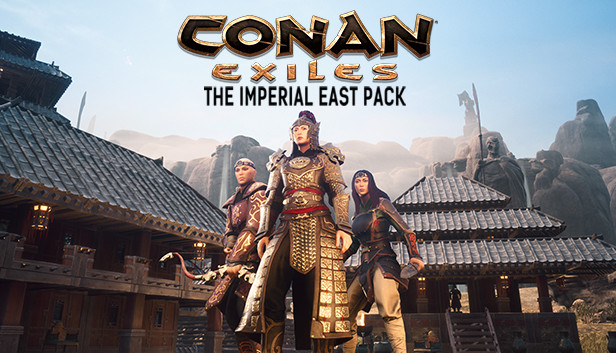 The Imperial East is a Khitan-themed DLC, which released Friday June 22, 2018 on PC, PS4 and Xbox One.

Someone else also asked for this 2 in April and there are none:

Ok i found on the weapon page for all the weapons in the game and found out that the Khitan dlc did or still has the throwing axe and javelin but i cant find out how to make them unless they took them out of the game if soo some one tell me if they...

It looks like it was planned at some point, but then removed…

To be able to craft this weapons was even a BUG FIX: 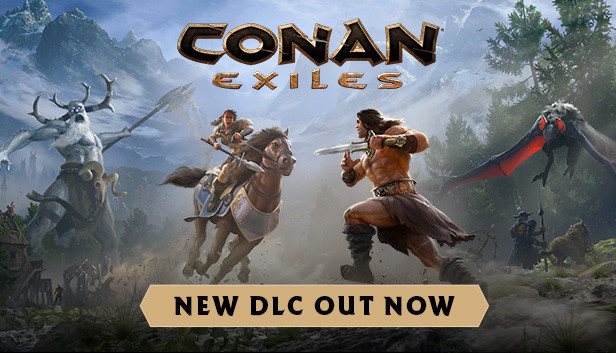 Updates, events, and news from the developers of Conan Exiles.

This bug is still in the game. Or again

But should have been fixed on 10th December 2018!! facepalm

Yeah, after some research i found out some stuff too. But i think it is kind of stupid. I can’t post any links, but if you search “conan exiles khitan preview” on youtube it’s the first video from “dark horse”. In the Video at minute 3:24 till 3:30 you can see that Javelin and Throwing Axe are fully designed and could be in the game, and for some unknown reason they removed it in the last second? It’s not a video from funcom, i know, but even if it was on the PTR, it shows what is available.

Either they got to lazy to add this two weapons in the other DLC’s and for balancing purpose they removed them or they will sell them in the future in form of an “upgrade dlc”. I can understand the preassure to kick out some new DLC’s to earn money, but the old DLC’s don’t even feel completed jet (not only said weapons, but also building pieces that don’t match properbly).

I like the game very mutch and i’ll continue playing it, but i won’t buy anything as long as it seems to be “work in progress” without any progress

I’ don’t have mutch hope for getting any attention, but if people don’t complain, nothing will be changed