The doors I know I’ve seen requested multiple times on here, and for good reason. Say your build has an even number of foundations on the front, and you want to keep things symmetrical. Well tough luck bucko, because you can’t center your door: 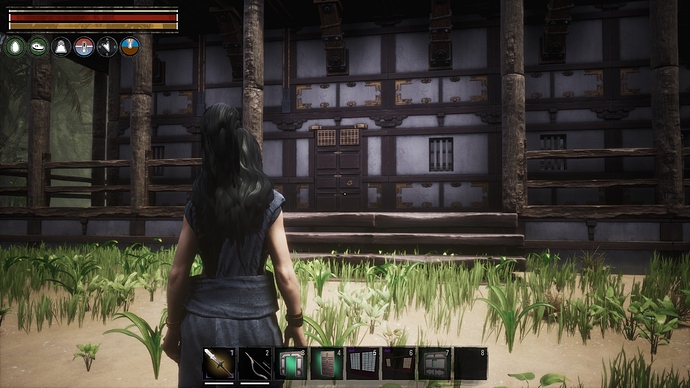 Or, you could just add another door: 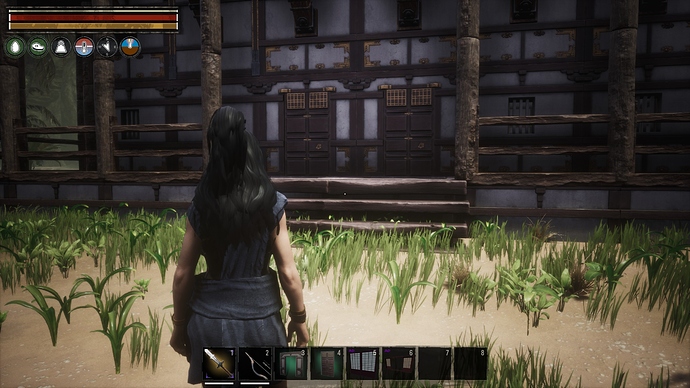 If there was just a double door piece that was two foundations wide, though, man, then we’d be in business. I mean, look how much better this looks with the double shoji doors from the Arena Pier mod: 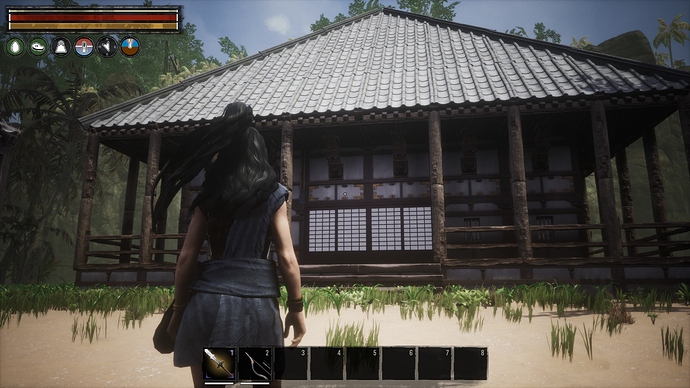 I think a 2x2 doorframe would actually be better than 1x2 for larger builds, but I was working with what I had here.

Next, on the subject of building things with even numbers of pieces to a side, I really wish there were 2x2 rooftop cap pieces as well as the 1x1s. Because while other styles may not look so bad, this is what you end up with if you want to build a pointed roof with Yamatai or Khitan pieces but can’t use the cap piece: 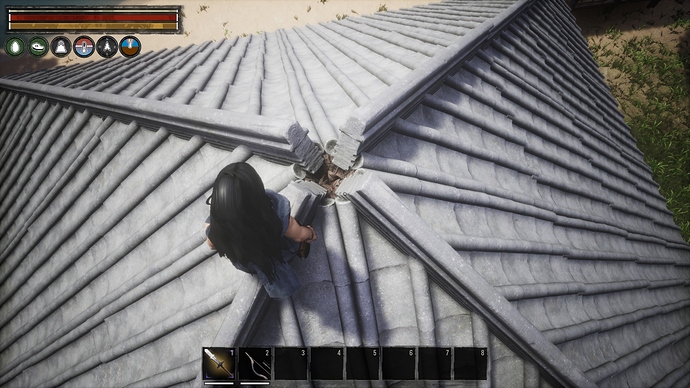 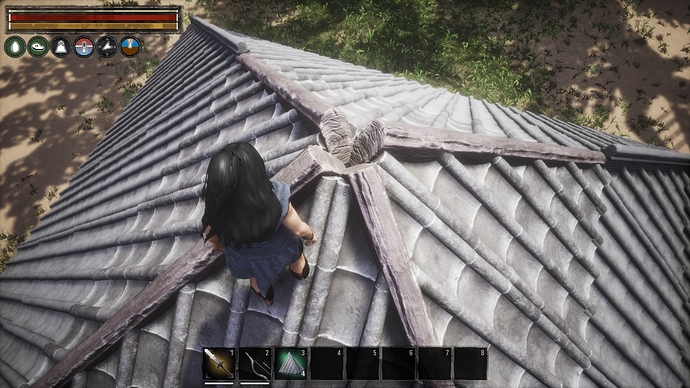 I’m not exactly holding my breath for new roof pieces just for two DLC styles, but it looks so bad.

I support the bigger door idea. I hate when my stuff is not even. Otherwise the only solution for uneven numbers of foundations is to add a gate instead as that takes up three foundations. But depending on the look or size you want, a gate may just be too big for a front door.

2x2 would be perfect. We always build at least 2 foundation high in side walls. Help with thralls blocking also

Yes! I never thought of that, thank you.

Two common ways I deal with the issue myself, though I agree double doors would be preferable. 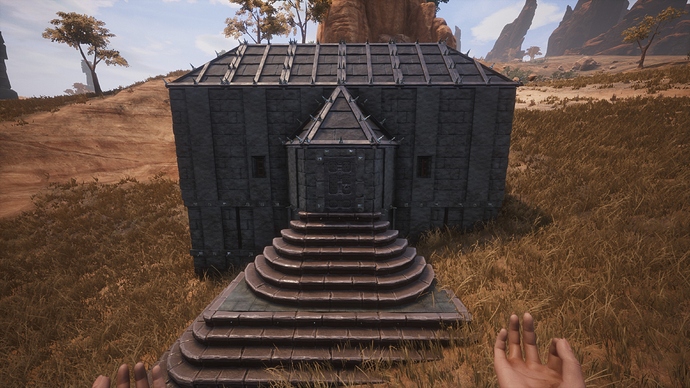 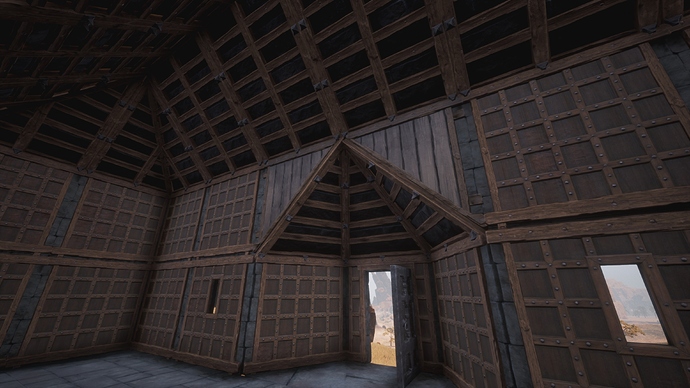 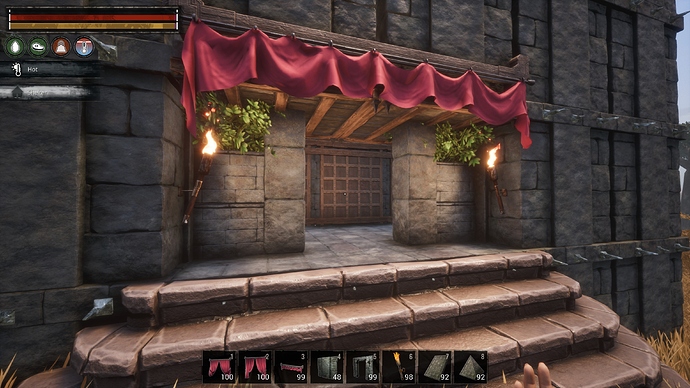 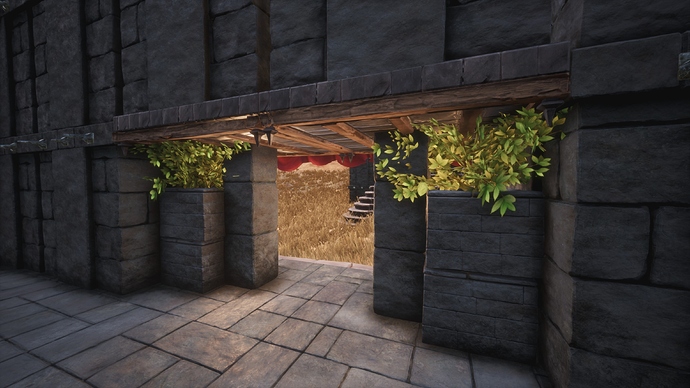 Definitely support the double door idea. Not just for aesthetics, but think of how easy it will be to enter/leave without a thrall blocking the way!

I have done that, but not every build allows for it without major alterations.

Indeed, putting wedge foundations on the ground leaves a small crack in between in you have other square foundations in front. I am going to try building my vestibule from the top then add a doorway, instead of doing it from the ground up.

Double doors would be so awesome, regardless of whether they’re 2x2 or 2x1. Right now it’s either a 1x1 door or a 3x4 gate and there’s nothing in between.