The old bug where the characters defaut head position is facing off to the side, or even behind them as opposed to straight ahead has returned. I am not certain what the technical name for this issue is, I personally have always referred to it as ‘Exorcist neck’, inspired by the classic film. This is my character facing straight ahead: 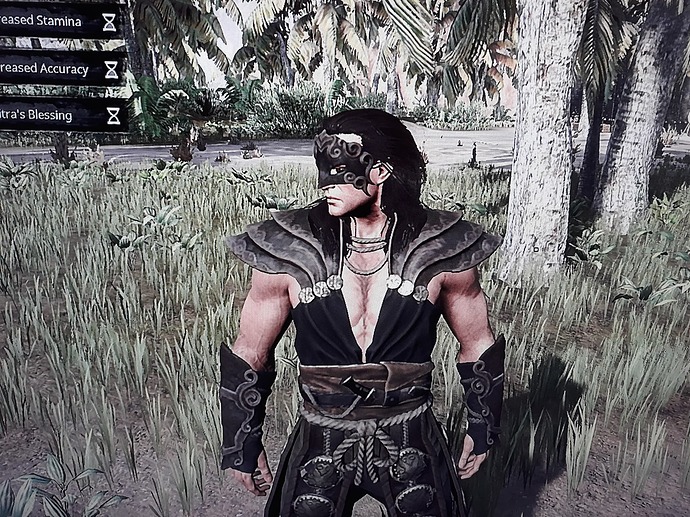 Can someone please offer assistance or a workaround, this is very off puting. @Wak4863 do you know of a workaround for this issue mate?

This seems to be affecting my character in the Exiled Lands. I have attempted to use the Orb of Nergal and also various emotes which utilise neck movement in a bid to reset it, but no success unfortunately.

It has just appeared unexpectedly to be honest.

Hmm I’ve never really paid attention to this. Might need to spin up the old PS and have a look at it.

Does it do it all the time once it starts? To me it seems like something has his attention like a NPC in that direction.

It’s odd that it started happening again for you after what I am guessing was a break time from it. Did it start again with the last patch or more recently?

If I was to blindly give you some things to try.
Switch to first person and back.
Target lock an enemy.
Try to see what he is looking at. (An npc, an interactable object)
Does it persist in doors and outdoors?

Well my friend I. Have some ideas but most involve various diseases but honestly my wife has been playing co_op and not having the problem let us know if you find anything out.

I found this while testing some things in SP as well. Only fix I could find was dying

I remember FC responding to this issue a little while back, but cannot find it atm.

Game mode: Single-player** Type of issue: Bug Server type: Local game, Not applicable Region: Local game, Not applicable Hardware: PS4 Pro Bug Description: Upon loading a saved game, the character is looking straight to the left or right and slightly downwards. It doesn’t seem to affect anything else but the head is at such a sharp angle that it is slightly disconcerting and distracting. I haven’t found any other way to fix this other than exiting to main menu and reloading. I’ve notice…

Only fix I could find was dying

I found this while testing some things in SP as well. Only fix I could find was dying

Thanks @Ulyssi and @Gloatingtomb6, I will be sure to try it out either after work this afternoon, or if not over the weekend.

I will be sure to try it out either after work this afternoon, or if not over the weekend

No definately not. Surely one disability is enough in this case; left untreated he wouldve had to walk everywhere sideways.

But it seems to be good news for now @Ulyssi and @Gloatingtomb6. My after dying and returning to life, my character is somehow able to turn his neck again. Hoorah!

Seems that death is good for what ails you. Should the issue return I will update this thread again, but for now it looks like all is good.

Seems that death is good for what ails you. Should the issue return I will update this thread again, but for now it looks like all is good.

Oh it will come back this is just a work around