So a little while back I suggested that Funcom fix the nudity textures in Conan Exiles. The textures I’m referring to are the blank texture on the back of male genitals will crouching and the missing textures on female character models where their genitals are supposed to be (and that the breast physics are broken, but that’s besides the point). Now Funcom in the past has not committed on this and tends to ignore this. But, then I saw this.

Image in comments below.

Yeah the thing they try ignore makes it into its very own Tweet. Now I have no problem with the Tweet, not at all, I find it funny. But it aggravates me that they don’t want to address some suggestions made to the nudity and say it’s not the main focus of the game then turn right around and brag about it being in the game… WHAT! You can’t have it both ways Funcom. Now some of you are probably saying that the nudity is fine the way it is and that Funcom doesn’t need to improve it. Then I have to say that is some pretty detailed nudity on male genitals with them putting veins and foreskin on them, and with female models nothing. Well when playing the game I came across something “interesting” to say the least. I found the missing link! There is a fully modeled vigina hidden in the game, I’m not kidding. Funcom for what ever reason did not put it where it’s supposed to go, why? I don’t know, maybe they thought it was too detail, but if that’s the case, YOU PUT VEINS ON THE DONGS IN THIS GAME AND YOU THINK IT’S TOO DETAILED, BULL! Another thing thats pretty interesting is that it can be seen in I think all versions of the game (don’t let the ESRB or the CERO find out). Anyway you probably won’t to see this and know where it’s at, but, one I could get ban, and two, if Funcom finds it they will remove it and pretend nothing happened. So Funcom just move that texture where it’s supposed to be so people like me stop asking you. But who am I kidding you probably won’t.

But if you really want to see it just ask and I’ll say to heck with it and post the image in the comments below because I’m done with this.

This is the image I’m referring to.

For me, the detail is enough and rarely need to play with the included nudity. But. The look of the chest from the first person is really terrible. Why so save on poligons? It looks awful (like a video from a new tomb rider where Lara looks like from an old video game).

Although I do not use it, but I support it. Indeed, the detail is very bad.

It can be said that productivity is already too low. But here I will say about the graphics settings. Differences of high graphics from the maximum is not!
The developers have not even implemented the normal smoothing. The inclusion of anti-aliasing in addition to a strong drop in FPS on powerful machines, causes the effect of an ordinary blur! Funny

For those who have performance problems, leave everything as it is on a low graph. Reduced polygons and stuff. For those who want to play with high-resolution textures, increase the detail of first-person bodies. If a person wants to use it and can allow the power of a computer, let him use it.

Thank you, I really appreciate your side of the subject.
Well will I’m here, I’ll just post the picture I’m referring to. It might get me banned, but it is in their game.
The image in the post below is not a mod and on a Playstation 4. 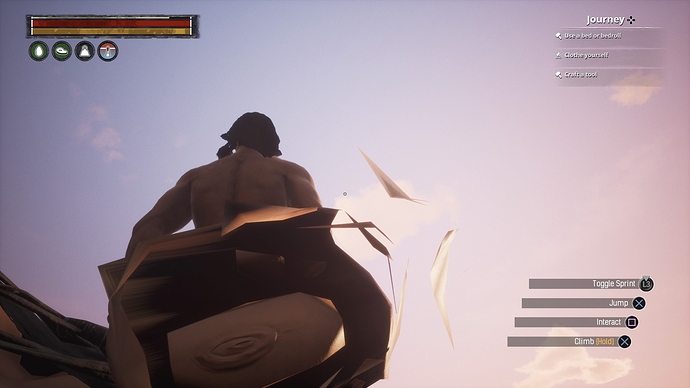 This is not where viginas go Funcom. Put it where it’s supposed to be.
(Update: this is actually a human head texture, the legend Jens_Erik has cleared this up in a post down below).

Wait a second, I’m playing on xboxone. I enabled full nudity, but I haven’t seen any dongs, cracks, or vginas. Am I missing something?

They removed full nudity. Only partial is available (even though there’s the option to enable it).

If you get the european version it’s all there, well almost all there.

Oh relax Shadoza, it’s a reference to Goldie Looking Chain’s song. Not an attack on a people.

That’s how the ESRB thinks.

It’s not that I constantly look there but when I see it, it just looks out of place. Plus if their going to put nudity in the game might as well make it look good. Thanks for your feedback.

no it just microsoft doesnt want nudity on xbox one.

if their going to put nudity in the game might as well make it look good.

Well it’s hard to argue against that, so as long as it’s pretty low on the priority list (quite probably last), I don’t really care.

I agree, it doesn’t need to be fixed right now just some time down the road.

Wait a second, I’m playing on xboxone. I enabled full nudity, but I haven’t seen any dongs, cracks, or vginas. Am I missing something?

If you’re in the US or other ESRB territory then this patch won’t be available to you due to ratings restrictions.

This is not where viginas go Funcom. Put it where it’s supposed to be.

That is actually not a hidden vagina. It’s a human head texture that’s been misplaced on a tongue, if you’d believe it. As you can see from the picture below, part of the ear has been cut in half and mirrored on the tongue. I’m guessing you’re looking at an NPC or a corpse? It’s an old isntanced head on an NPC or corpse. The final UVs of the mouth textures are different in player characters 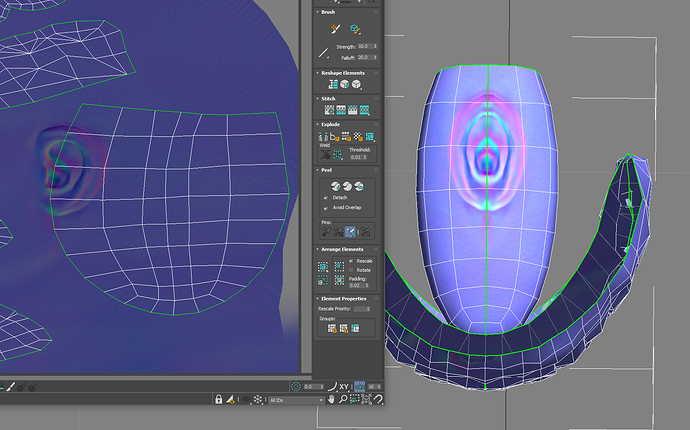 Hi Jens_Erik great streams and thank you for commenting. That clears up a lot and I have to say it would definitely pass as the real thing. Oh two things, one, this is still in the game, and two I can’t help but feel like the male models and vastly more detail in that area then female models (it really doesn’t look like they have anything). That is one of the reasons I made this, to get equal detail between the two. So maybe you could tell one of the character modelers to clean the models up some with more detail and customization options (this does not have to happen right away just put it on the to do list of small things to add).
Again thank you for your response and I can’t wait for the next stream. Oh and sorry for the late reply, I will also add an update to the post with the picture clearing this up.

Thank you for your response, but how do you know that there’s not a lot of detail if you don’t look? And if they do add it you will have nothing to worry about because you already don’t look there, it would be a more quality of life thing for others.

Whoops I forgot to put “you” in between “because already”. Anyways yeah I believe the quality of the game should not be judged by a the immature actions of a group of people that play the game (I know I kind fit this group but I don’t post pictures of the nudity to be funny but to inform the developers on whats wrong and where they can improve). But I understand where your coming from see stuff you don’t want to see, I see things I don’t want see all the, but I can ignore it. I don’t know how it is for you, but I’m sorry you feel this way and hope I haven’t bothered you to much.

The Sextiles mod provides more sexual content if a player desires to go that route. There is absolutely no reason to force it on every player.

Hello there! I just want to remember that we (The console players) do not have modding options.

A fellow console user, hi there.