Game freezing up since patch

Had the game freeze up 5 times today. Might be related to tabbing out and using web browser. Had no trouble before the patch.
I am able to tab out and close the game. All 5 times I was in base, only 3 times I was tabbed out so its not the browsing.

Since Ps4 Update 1.40 I too am bothered by my game freezing. I’m using the admin tools to build and after several minutes of working. Going in and out of admin tools. It’ll freeze and i have to close app and restart. Sometimes corrupting saved data even.

Are you playing on a PS4 Pro system, Slim or original model?

Original model. I wonder if my 100 yard proximity to sepermeru is causing me grief. 5 crashes in 1 day while in base, no crashes happened while I was exploring. Not only that, 80% of sepermeru npcs are gone since the late april hotfix.

Sepermeru has been reworked with the latest patch, so old NPC placements are no longer applicable.
Are those freezes happening only around Sepermeru?

Unless its coincidence,yes. Game only froze up while I was at my nearby sepermeru base. Afk or doing inventory management. Didn’t do any base building.
5 times in a handful of hours has never happened before. Previous I might crash twice per week, though I did have a couple I had to ‘kill the power’ from the seizeup last week. Fortunately the recent crashes accept application closure.

And my sepermeru is still 80% empty post the April hotfix.
I do have the new bandit mobs but Many npcs are missing around the set ‘temple’

I have been experiencing the same issues, I’m just wondering if I’m building to much, and server can’t handle it. Please fix 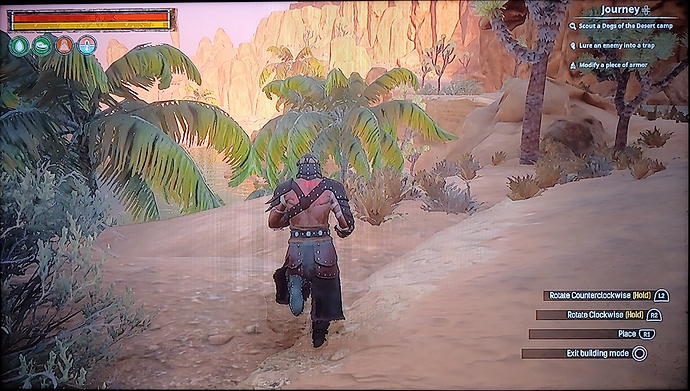 Dad, before Update 1.40 I’d be building the most hideous Villas, Ranches, Compounds…no Villages. I’d build for hours at a time. Never the slightest hiccup. Now, forget about it. Guess its back to Warframe. Thanks DE for this wonderful Update.

Sorry Ignasis, idn’t think to add that. Play on Original and tested on a Slim. Both freeze when they get tired. Before Update 1.40 played only on Original. None of the other games I play give me an issue. The deck stays clean and well ventilated. Hope that helps a little.

I did freeze up twice Saturday not in base and 3 more times in the span of 90 minutes, at base. Add those to the other 8ish over this week. So thats like 13 crashes over 5 days compared to 4ish total in the previous 2 1/2 weeks… And no longer just crashing in base though it happens too darn frequently.

Yesterday was the first time i’ve been to the eastern swamp. Its crashed 5 times over 2 days there. Almost as bad as the at-base crashing.

I’ve been experiencing crashes after 40-40 minute play time and have had to shut down. Very frustrating. Not only that but LONG log on intro that may or may not let me into the game. I am on PS4 slum and play solo. This all started with the 1.39 update and has gotten worse after 1.40. I like the game but the frustration of having to keep logging out and 5 minute or longer music intro is getting ANNOYING. Please address these issues with an update that REALLY works.

Any one still experiencing freezing after the 1.41 update/ patch?

Yes. I’m trying to recreate my base on a friends server to see if I crash there too. Playing Offline doesn’t seem like an option any more.

I’ve been having the same freezing issue since 1.40 patch and it’s worse after the 1.41 patch. Can happen anywhere doing a variety of different things. During a purge, opening a chest(mine in base), placing a pet, killing a roaming named thrall, dragging a bound thrall back to base, building & just exploring. As you can see it’s happened a LOT. Over 20 times today! Extremely annoying.

And again! Only 18 min later. FROZEN

Guess that is there way of pushing players to rent servers