I’m seeing German Language names on the human corpses I kill on a server, even though the server is in the US, and I set my language to English. 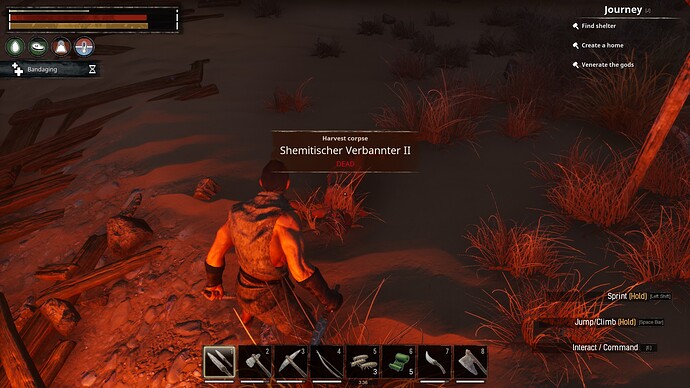 That’s because the server machine is running german language despite it’s geolocation. When I started my dedicated server I got spanish name tag because that computer was set to spanish in win10. Conan server will download data in certain languages according to win10 display language. Nothing wrong with your client but unfortunately it’s non-solvable on your side unless you switch to other servers.

Ah, Is this a legit workaround for the issue? I’m not sure if this is a code joke or a legitimate response. Apologies.

I’ve been playing on Siptah since last night and neglected to sleep, so not firing on all cylinders. Anyway, I don’t know much about the server code tweaks… but I’ll tell my friend who rented the server.

I’ve linked this thread so my friends can see it.

THis is happening on official servers as well since 2.4 came out

Didn’t know that. Thanks for the heads-up.