Gold / Silver Ore to mine

There are gold and silver nodes, silver is to the left of the cursed city thing in a little closed of mineshaft.
Gold are at the foot of the volcanoe, in the winding path up the south of the volcano. (obsidian ore with decent gold drop)

ah, good to know… thanks

Before the update i was able to go into the frozen north with like 15 in survival and wearing the vanir fur armor…now i have 20 in survival and the heavy fur armor and get frostbite super quick…what the heck do i have to do to travel up there now?

you might try using spiced drinks and food to warm up. Also, vitality of like 20 helps with temps 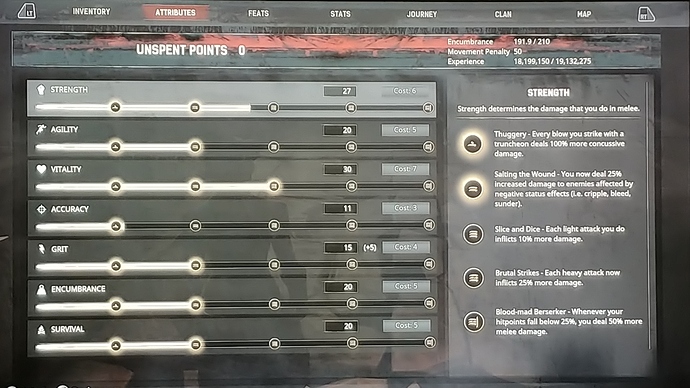 So i tried the food/drinks…made it to the middle of the bridge and still got frostbite even though it says warming up. Im clueless other then maybe redoing my attributes and maxing our survival.

Update: drank a bunch and ate a bunch…ran in drunk…made it in the keep…fighting the boss now but doing no dmg lol

Woa dude, you were going to mine gold and got drunk and now you’re fighting the scourge king?
You’re going to need mitra in the morning!

On another note i ventured north to the frost giants lair and killed all of them as well. Noone is safe!

Woa dude, you were going to mine gold and got drunk and now you’re fighting the scourge king?

Sounds like an average Friday night when I was young to be honest.

(since this was necro’d anyway…)