I’ve been waiting for quite some time, but no symbol on the map.
At what interval does the event start?

Me too. Been waiting for 1,5 hours and nothing.

It was working fine on the server I play on for a while, starting up a new ritual about 15 minutes after ending the previous one. However, now it stopped. I wonder if people whacking the summoner and stuffing them on a wheel is breaking it from cycling properly.

Stupid question but these items will be bound to account for those who got them durring even - asking because u know, rarely players play on one server… will this be like twitch drop ? recipes stays ?

There don’t seem to be recipes, just items. So not like Twitch at all.

so whats the point then on this event to get time limited stuff that u wont be able to remake but will be able to loose it later?

the stuff is not limited in time. after the event there will be other ways to get them.

Hey fito, These are not account-level rewards, just normal item drops like anything you would normally encounter in the exiled lands. We intend to keep them a part of the game, but once the event is gone you’ll have to get them a different way (not yet determined). Hope this helps!

It was working fine on the server I play on for a while, starting up a new ritual about 15 minutes after ending the previous one. However, now it stopped. I wonder if people whacking the summoner and stuffing them on a wheel is breaking it from cycling properly. 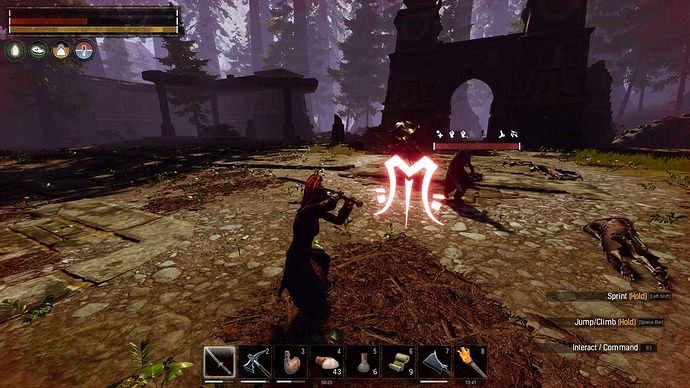 There is this symbol where the event is supposed to be.

Do not lose it later? Seriously you people take the wind out of the fun sails everytime. 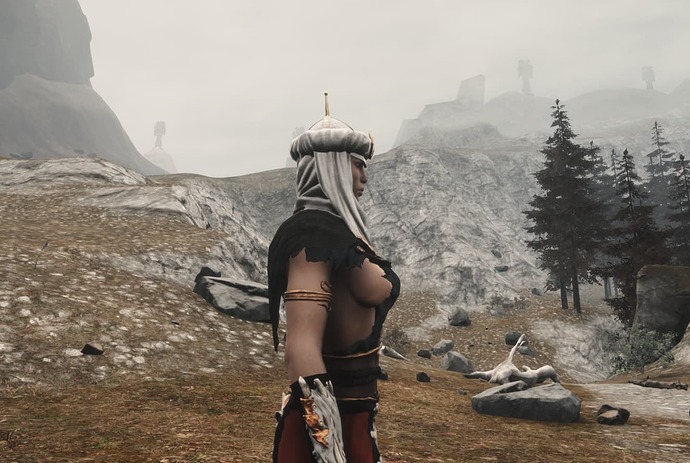 Thats nice but as personal experience - i would like that its something like ‘‘legacy’’ items later, not like public ones, i mean liker that pirate set , or spider set, furniture yes ok , obtainable like with recipe from killing snake boss or learning it somewhere, but as for set, i would better liked if its like scroll drop for parts, head, arms pants, body , llegs and then if u get them by time ends u are bounded with it… because both ways

My suggestion : after time ends, place set to twitch drops, like that spider was, and for those who cryed that spider set are not obtainable anymore, make event for Spider god that drops this set…

initially I saw the symbol at the mounds and went there and did the event, received the armor chest piece, but I have yet to see any respawn on the map and it has been over 30 minutes.

Why? Its a fun little event in which you can get the gear and placeables now if you want to. Who knows how long it will be until it becomes “regularly” available.

So you want it to be exclusive to only the people who did the event, while contradicting yourself saying that its also no point in doing the event because it will be later?

People complain all the time about missing out on the pre-order items, the Twitch things. And you want to add more to the “exclusivity” club for, reasons?

I’m with JJ, there’s always gotta be people who want to take the fun out of everything.

The event is broken. I get the map location symbol, but nothing is there now. 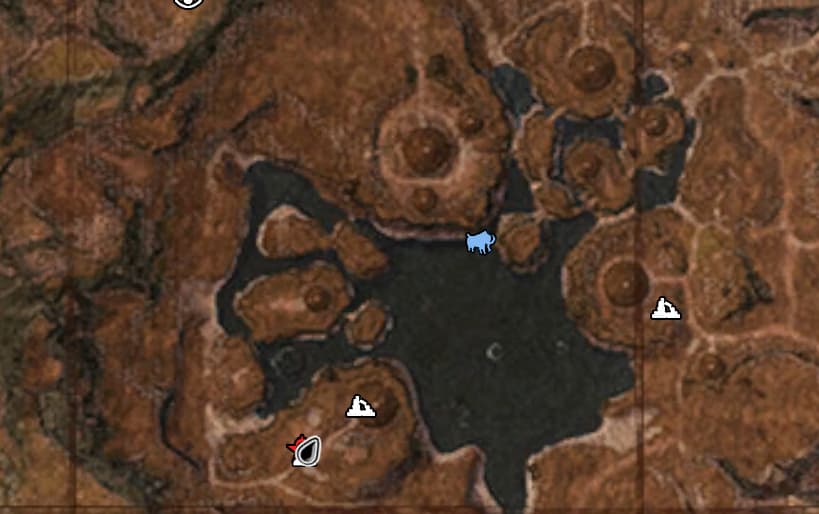 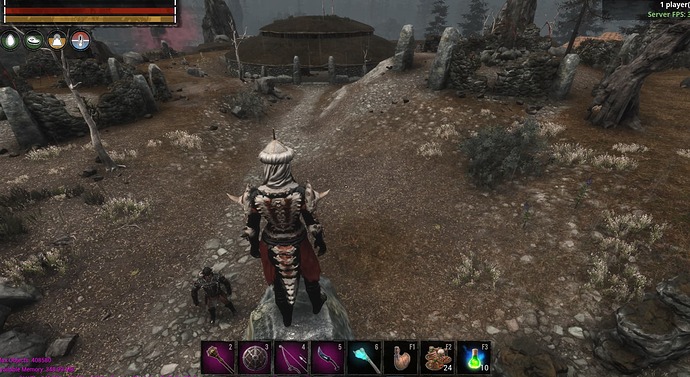 I just watched a video that had Remnant gauntlets drop out of the chest in EL. That’s a delving recipe item. Can anyone else confirm they are getting siptah specific armor pieces out of these chests?

because someone knocked thrall out that summons them, wait till that priest dies or the one who knocked out puts it in wheel, it will then counts as completed event

The thing is, I am the only person logged in to the server, and I killed the NPC myself. I do not think it has to do with knocking them out. I just think the event is broken.

I’m experiencing the same issues at an official pve-c. Seems broken. It worked 2 hours ago.

The same thing happened on my server earlier, but now, a few hours later, it is working again. I don’t know if there may have been a server restart at some point when I wasn’t on, or if it just randomly decided to start working again.

Are any of the new placeables or armor available through the admin window in singleplayer? All of my level 60 EL & IoS characters are from pre-Siptah release.

I’ve not been able to get in to check (well, I got in when I removed all mods, but I’ve put them back and would rather wait for the updates), but KiahOnFire definitely managed to spawn them all in for a video - she may well have been doing it on a server with admin commands, but there shouldn’t be any reason it would be absent from singleplayer if it works on a server.