Hackers on official servers again. this time they started in my base

All was quiet since I submitted a ticket about this group that was hacking and destroyed 5 years of work and building. We spent the last four weeks rebuilding all of our different bases. 3 of them and apparently Funcom only banned them for a month. One guy came back on last night and in four hours with no base on the server managed to completely blow up a major base with layered foundations and walls all reinforced with fencing from the middle out and they build an entirely new base at the same time. in the keyhole where we had taken down their old base and built in it. Some how they can come on and spawn in hundreds of bombs and destroy our bases at will. There is really nothing we can do about it because they are clearly under messing and spawning in whatever they need. Our volcano base was spawned into as well and every named thrall was take from our benches with Zero damage to the base… They are cheating. We cannot compete with hackers if you guys don’t ban them, So if they continue to do this to our other bases I guess we will not play any more. Sad we were all loyal players to Conan Exiles and all it takes is a couple of guys that cheat.
Some pictures from last nights 4 hours of their time. See new images at the bottom of this email chain. 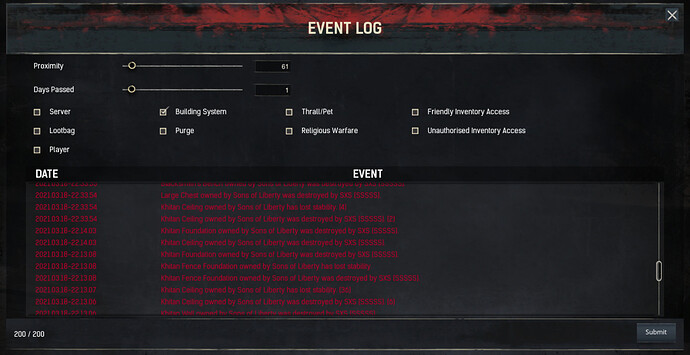 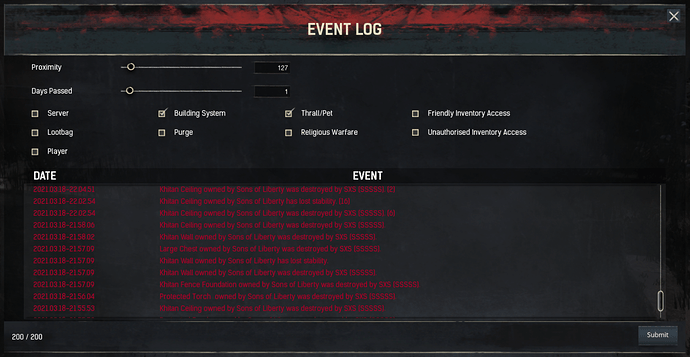 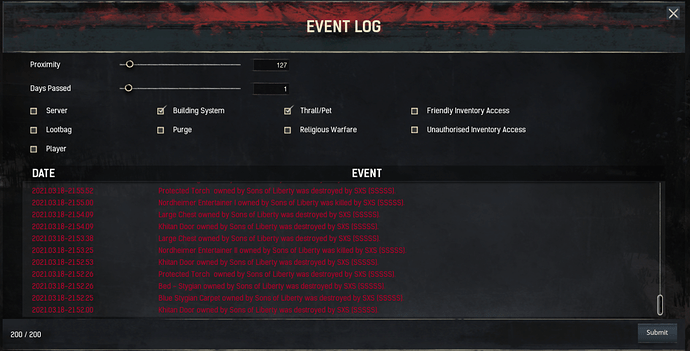 Have you tried asking them nicely to cease and desist? Don’t forget the magic word.