How to make archery perfect!

Hmm, yeah. Twice-Upon-An-Arrow, even upgraded with an Advanced Blunted Weapon Fitting does still do a lot of lethal damage.

It can knock out a Berserker, but will kill a Relic Hunter Treasure Seeker (when using no concussive damage buffs and 0 Authority).

It was always a hammer, but yes, it used to be called Broken Oar.

. I didn’t knew how to use admin mode and actually I was afraid not to touch anything from the parameters and destroy my experience. You know, an old guys fear, too many buttons in here, I better not touch

The Oar uses the same stamina as other two-handed maces. If it used less stamina, that would be a special trait.

Hey @Taemien, you use a lot of mods

maybe you can suggest a key that is comfortable to hold and isn’t already used by the game or a plethora of other mods?
Cuz I just realized shift-tab is the steam overlay in the real game

I’m not even going to pretend to try that. Poor Sea Doggo has had a terrible time trying to figure that one out for his mod.

Believe it or not years now I never, ever, ever used blunted arrows, never. Nor even on thralls.

They were okish. Our neighbor in that server we played together on the EL had a team of archers with blunt arrows in front of the mounds. They used to put low level thralls ko easily.

@rolee9309
Roleeeeeeee, where are you I need your crazy mind here!
I started the Monk challenge
I am thinking the oar for weapon, no armor, no craft…
Any other good suggestions (about weapons, armor, etc?)

I’m not even going to pretend to try that. Poor Sea Doggo has had a terrible time trying to figure that one out for his mod.

Uuuhh, you got me with this one!

I can’t think of stuff that are in Conan and resembles the monk lifestyle.
Probably war party and 3 monk running around, slapping everyone with rods

Living place, clothing and building style… it depends which religion, because if I’m correct, monk living is present in many religions. Probably the most notably ones the buddhist monks.
Weaponry: Shaolin Monk Weapons Shaolin Weapons
I don’t know much about their weaponry, probably this site is a good guide.

Have you ever played Diablo?
We had
Barbarian
Mage
Archer
Monk
For Mage I don’t know how you can do a challenge without crafting.
Monks were the one that was fighting with fists and kicks. The only weapon they had was a Polearm a stick!
Oar is very good to represent the Polearm of a Monk.
For armor I believe the fiber clothes, or Mitra clothes or skelos could be look like “monkish”.
So I order to make this challenge without crafting at all is a bit difficult!
But it will be challenging enough to finish the session with an oar

.
Ofcurce no thralls!
For role play, the fed of my Monk will be only insects and fishes! So going to the sunken city to take the recipe of deep fishing will be handy, it will provide you the buff of the day!
A Monk should pray all night, so he needs a tent and a horse to carry his things, because his life in this map will be nomad!
So before I proceed to continue this task, I would like your suggestions on this one. I am thinking to place a chest in a really difficult place that the Monk will be able to go and retrieve it only with fiber clothes and bear hands.
Any more suggestions?
@Jimbo only if you have the time and the will to help me be more role play in this game, can you provide me directions of the game lore?
For example, in order to go to the witch queen, I go first to Conan, then I collect all the Razmas journals and then proceed to fight with her.
For the pieces I speak first to Petruso and then I start collecting them…
I don’t know about the others, can you please guide? If you wish, thank you

@stelagel why don’t you do it like our fellow exiled suggested and craft a miniadventure, recreate character and get your initial stuff there? I already tried it. Works like a charm.
Make a small building with guards and a chest inside. Because you won’t be able to place a chest anywhere interesting on the EL…
You could always use claws as weapons. It’s like fists enhancement.

You could always use claws as weapons. It’s like fists enhancement.

Check the claw look and damage! 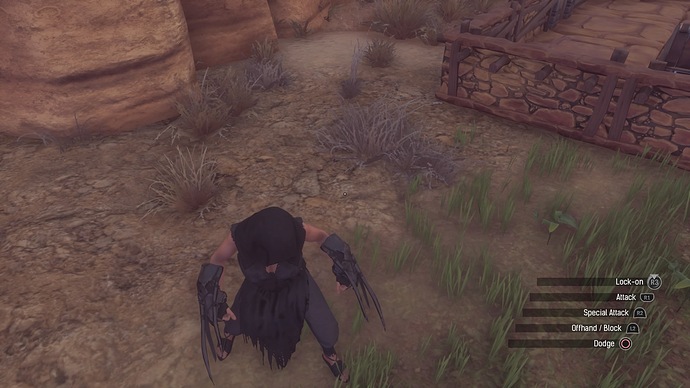 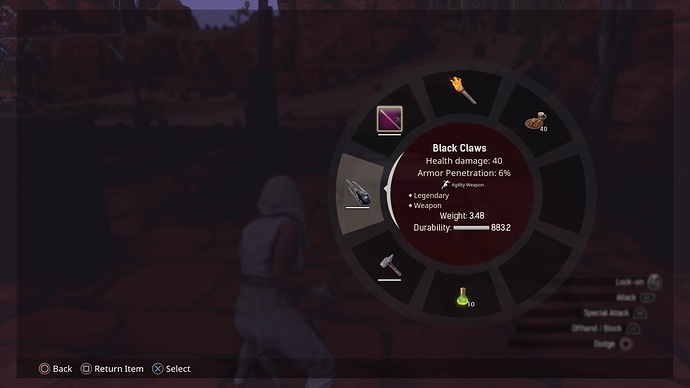 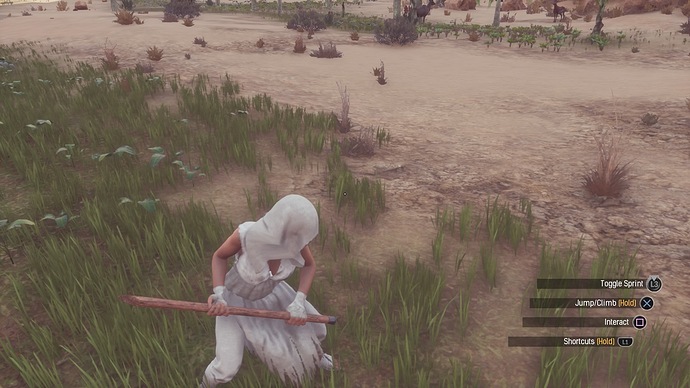 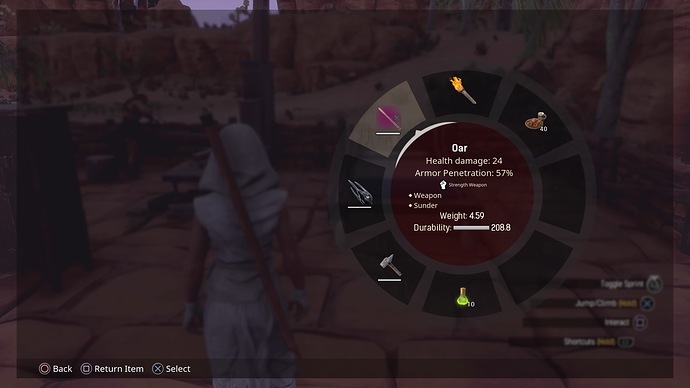 .
I really like your suggestion but in exile lands we have only the bestial claws and bone claws!
Bone claws are really low and for bestial… GOOD LUCK

.
Other than that if I decide to do this challenge on official servers then I think it will be impossible with claws! But I will try both, that’s for sure

.
And I agree, the claw fight is more monkish, I really loved this idea

If you do it on Single Player, just spawn some better Siptah claws and put them in the chest.

If you do it online, you won’t be able to build a miniadventure to get your gear.
You can also use chakrams. They are quite exotic weapons.

What I like about Archery post 3.0 is that now we can play british longbowmen. Grab your bow, grab your arrows, and carry a short sword for personal defense. All that’s missing is dysentery and potatoes

All that’s missing is dysentery and potatoes

.
What do you think, would it be nice to gain arrows back from the victim?

Would it be nice? Sure would, and would go a long way towards fixing a one-sided battle of attrition in larger conflicts.

Do I trust Funcom to implement it in such a way that it can’t be exploited? Not at all.

I can just imagine it: A person shooting explosive arrows at a target and somehow retrieving more than they fired, or a clan of 2 shooting each other and the arrows going into their inventory as well as being looted when they die.

I can just imagine it: A person shooting explosive arrows at a target and somehow retrieving more than they fired,

I am not asking to retrieve back special arrows, like exploding, healing, gas, acid etc…
Just the normal arrows that all they do is shoot,

The reason I said this is not the fear of the dublicate glitch but the fact that the arrows are getting destroyed to create, explosion, acid, poison and healing. So it would be wrong to gain them back! But the arrows that simply hit the target is logical not for all of them to be damaged! That’s why I ask a percentage of them to be retrieved, not all of them!

Headshots do deal additional damage in 3.0, it just no longer requires a perk.

Which is way better, @ishma .

Should test it again maybe…
I didn’t notice headshots dealing more damage in my tests, only from the back with the right perk

I suppose maybe you won’t take me at my word, here: